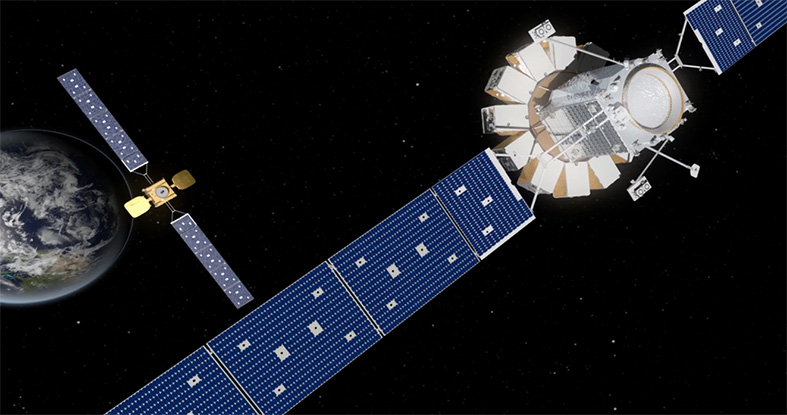 SATELLITE 2019: The US needs to create a new regulatory regime that both streamlines licensing and forces the satellite industry to take more responsibility for on-orbit safety, prospective on-orbit servicing operators say. 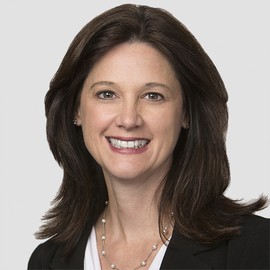 The current network of patchy and complicated regulatory processes is “not good for the space industry,” said Jen Hindin, a partner at law firm Wiley Rein who specializes in space law. What many firms see as an overly restrictive regulatory environment for new space activities may lead to “a situation where some companies gravitate to less restrictive regimes,” she said. “It would be good if we had some international harmony and consistency.”

On-orbit servicing – including re-fueling, repair, disposal and even space debris removal – is an emerging market a growing number of companies are preparing to enter. Companies like Space Logistics, the unit formed within Northrop Grumman after the acquisition of Orbital ATK in June 2018; Japanese start-up Astroscale that a month ago stood up a US subsidiary; and UK-based but Israeli-originated start-up Effective Space are all betting serious money that their capabilities will be attractive to both US government (DoD included) and commercial firms, as well as to customers outside the US.

But new activities in space are confounding regulators in the US, as they fall between the cracks of current regulatory authority.

Industry representatives here said the US government must not only create new a regulatory and legal framework but find a way to coordinate its regulatory practices with those of other countries — given that satellite servicing is expected to become a global endeavor. (Indeed, the US national security space community is already concerned that adversaries may use use on-orbit servicing vehicles as ‘cover’ for weapon systems.)

“Any streamlining would be welcome,” said a visibly frustrated Jim Armor, who is director of business development at Northrop Grumman, and the former head of the Pentagon’s now defunct National Security Space Office that was charged with coordinating DoD and Intelligence Community satellite needs — i.e. the Space Architect’s job now being filled by Lt. Gen. John Thompson. (Or Fred Kennedy of the Space Development Agency…)

Armor explained that the problem is both too many cooks in the kitchen and too many hoops to jump through, despite the fact that US regulators are “leaning forward” to try to help operators. “For every little thing I have to get a license,” he said. “I have to set up meeting after meeting….and if I change the mission design just a little, I have to go back and get a new license.”

The Federal Communications Commission (FCC) licenses commercial operators to use radio-frequency spectrum, including all communications satellites. The National Oceanic and Atmospheric Administration (NOAA) licenses commercial remote sensing satellites carrying cameras of any sort. Satellite servicing satellites do both things, and then some — such as docking with other satellites that neither agency is necessarily comfortable with or mandated to oversee.

In the case of Space Logistics, the company had to agree to do their first test — during a flight being planned for the end of the year — at an altitude above Geosynchronous Orbit (GEO) because the FCC had qualms about possible harm to other satellites in the belt if the test went wrong, Hindin said.

The FCC’s concern was not totally off-base — which is why the company didn’t protest too much about the change of plan — because if on-orbit docking goes awry in a crowded space environment, other nearby satellites would be directly in harms way of any debris created or a satellite knocked out of its normal orbit. While GEO is big, the potential risks from the types of maneuvering on-orbit service vehicles would have to undertake could pose even higher risks to operators in Low Earth Orbit (LEO), where the number of satellites is expected to grow by a order of magnitude over the next decade.

Indeed, the risks raised by these types of rendezvous and proximity operations (RPO) is the reason DARPA chipped in funds to launch the Consortium For Execution of Rendezvous and Servicing Operations (CONFERS) effort to create industry-developed and accepted best practices for RPO operators. CONFERS in February released their first set of recommended design and operational practices, and Armor — who is chair of the group — said it has been sent to the International Standards Organization (ISO) for consideration when it meets next month. (The ISO essentially gives a technical seal of approval for product safety and best practices.)

Safety and best practices are an area where satellite operators actually think more government intervention might be good. The devil is in the details, and attitudes vary from company to company — as highlighted by reactions to the Commerce Department’s (in which NOAA sits) April request for information about possible new safety rules as part of its future space traffic management (STM) function.

Michael Pollack, who does business development for Effective Space, said that incidents like the recent malfunction of Intelsat 29E, which is now tumbling uncontrollably through GEO and leaking fuel, highlight loopholes in law and regulation. “Who is responsible for it? No one,” he said, explaining that all other satellites now have to move (if they can) out of the way if it looks like they are going to be hit by “the big rock that is 29E.”

Pollack continued: “I think it will be incumbent on governments pretty soon to force operators to have some way to get their  satellite out of the way [when it fails] and get it into a proper graveyard orbit.”

Indeed, it may be on-orbit servicing ventures are the answer to such problems. “We are almost there with the technology, Pollack said. “A new age is beginning.”