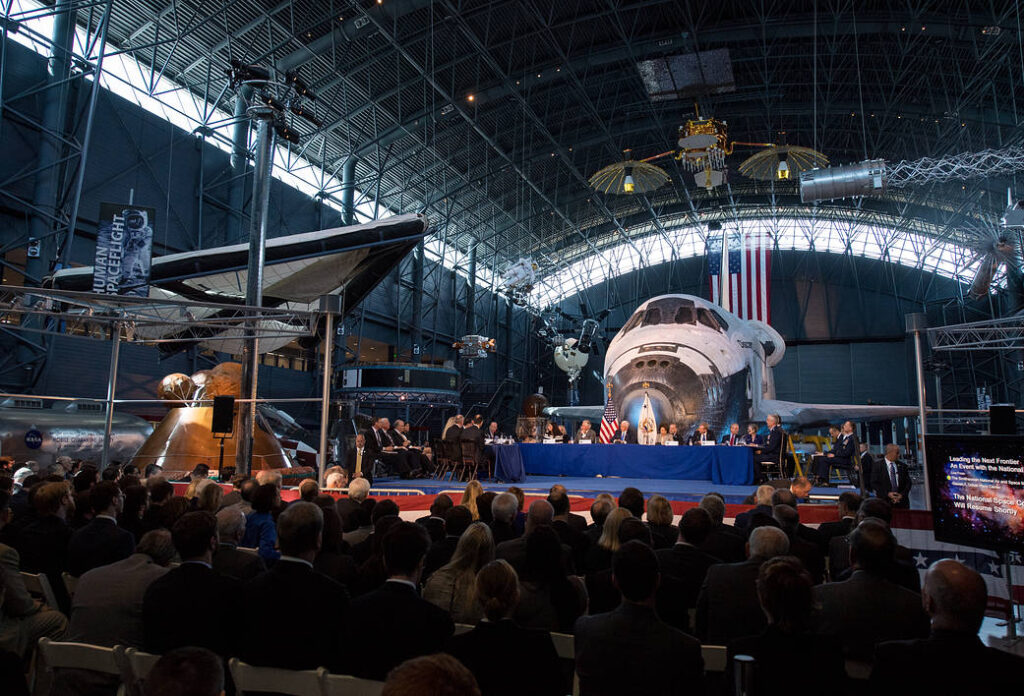 WASHINGTON: Yesterday was what we’ll call Space Day for the Trump Administration, with perhaps the most national attention ever paid to military and intelligence space in public by the senior officials of a White House and the military.

Here’s a summary of the news from the meeting of the reborn Space Council and a later speech by Air Force Secretary Heather Wilson:

The framework will be forward to President Trump within 45 days for approval. Vice President Mike Pence, the council’s chairman, said he wanted to see it within 45 days. 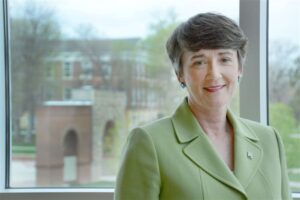 Secretary Heather Wilson seemed to commit the US to more “offensive” weapons for space war later in the day. “We have to be able to do something if things are going wrong,”  Wilson said at the Center for Strategic and International Studies. “Offensive” weapons will be needed. “We need the ability to create effects, defend ourselves and deter actions,” she said. Her comments are the latest in what is clearly a serious increase in attention — if not funding — for offensive space weapons. It began under the Obama administration and has escalated considerably over the last three years. Most of the rest of her remarks were standard restatements of the need for improved space situational awareness and related issues. Wilson did mention an “overarching” review, that certainly sounded like McMaster’s mention of the Strategic Framework.

What did independent experts think of the Space Council meeting? “There was a strong effort by Pence to cast the US as ‘behind, in space,” the Secure World Foundation’s Brian Weeden writes in an email, “but that was not supported by the actual remarks from the panelists. Several of them pointed out the US was actually ahead of other countries in many areas.”

Both Weeden and Theresa Hitchens, a space expert now at the University of Maryland, pointed to the focus on regulatory actions discussed by the council. Predictably, Gwynne Shotwell, president of SpaceX, called for her company and other so-called new space ventures to be freed of regulation.

Pence called for a 45-day turnaround on a review of regulations, which Hitchens notes is incredibly fast for such a thorny mix of commercial, military, civil space issues, including ones that could have long-term safety and strategic implications.

Weeden says OMB Director Mick Mulvaney and Pence, “jumped on the issue for ‘de-regulating’ space, and asked for a decision within 45 days. And in some areas that’s true, mainly on national security restrictions. But the bigger issue is that there’s not enough regulation, in the sense that there’s no framework for enabling new/innovative private sector activities.” The US has not decided who will handle space launch monitoring for the commercial sector as it expands and increasingly uses non-governmental launch sites. There are also a wide range of issues about the management of space debris and related items that are really managed in a careful but ad hoc fashion.

One persistent issue we will about again and again is the creation and management of international norms and standards for space launch, control of satellites once in orbit and their eventual disposal. Retired Adm. James Ellis, former head of Strategic Command, pressed the need for a space version of the Incidents at Sea agreement we hammered out in the early 1970s with the former Soviet Union. The issues of space norms and TCBMs (Transparent and Confidence Building Measures) has been hotly debated within the US government and with China and Russia for close to a decade.

“The emphasis that Ellis put on the need for rules of the road and the need for the US to be involved in leading the international community in developing those was a very welcome sign for me,” says Hitchens, a longtime supporter of such an approach.

But there’s also the larger question of whether the Space Council will really mean anything or just be a very grand talking shop. This first meeting “was more substantive than I thought it would be, especially for a public meeting,” avers Hitchens.

Weeden, a former Air Force missileer, was a tad less charitable. “If it gets senior leader buy-in on important decisions in the future,” the council may prove fruitful, he says.