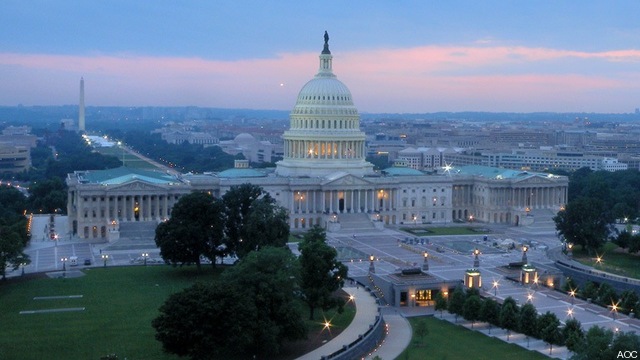 WASHINGTON: Regardless of how sequestration happens, Chuck Hagel will have the honor of serving as the Defense Secretary who presides over the beginning of the major drawdown that will be the single defining characteristic of the American military for much of the next decade.

The Senate just approved Hagel by a soberingly close vote of 58-41 after a broader vote of 71-27 earlier in the day to cut off debate on the nomination.

The GOP leader on the Senate Armed Services Committee, James Inhofe, continued to hammer away at Hagel’s record after the vote.

“His long record of controversial positions on issues ranging from nuclear disarmament, defense spending, Iran, and his misguided comments on Israel demonstrate, in my view, a profound and troubling lack of judgment on many of the critical issues he will now be confronted with as Secretary of Defense,” Inhofe said in a statement. Then he took the first steps in what is clearly an effort to paint Hagel into a corner before he’s even taken the oath of office. Inhofe declared, as if Hagel could do much other than jawbone, that “his first order of business as Secretary must be averting the devastating cuts to our military associated with sequestration.”

Sen. Carl Levin, chairman of the SASC, struck back at the GOP this afternoon for some of the criticisms that have been leveled at Hagel. “They were so far over the top,” he said. “There were so many false, inaccurate statements that basically they ended up hurting themselves as much as helping themselves.”

If Inhofe’s comments– combined with those of Sen. Dan Coats, a member of the Senate Appropriations defense subcommittee — are an indicator, it seems the business of GOP members on the SASC may be to beat the Defense Secretary about the head no matter what he says or does. Hopefully, this is all a sideshow to the much larger and more important debate about our economy as seen through the lens of sequestration. The business of the defense policy and spending committees is too important to fall into the grip of purely partisan warfare. We’ll see.

President Obama put Hagel’s task ahead in perspective, and offered a subtle jab at the GOP critics. “I will be counting on Chuck’s judgment and counsel as we end the war in Afghanistan, bring our troops home, stay ready to meet the threats of our time and keep our military the finest fighting force in the world,” he said. “Most of all, I am grateful to Chuck for reminding us that when it comes to our national defense, we are not Democrats or Republicans, we are Americans, and our greatest responsibility is the security of the American people.”

Outgoing Defense Secretary Leon Panetta released a statement soon after the vote in which he expressed his “pride in what we’ve been able to accomplish together as one team and one family at the Department of Defense.” Let’s all wish Hagel the best of luck as he begins his tenure. He may need it.