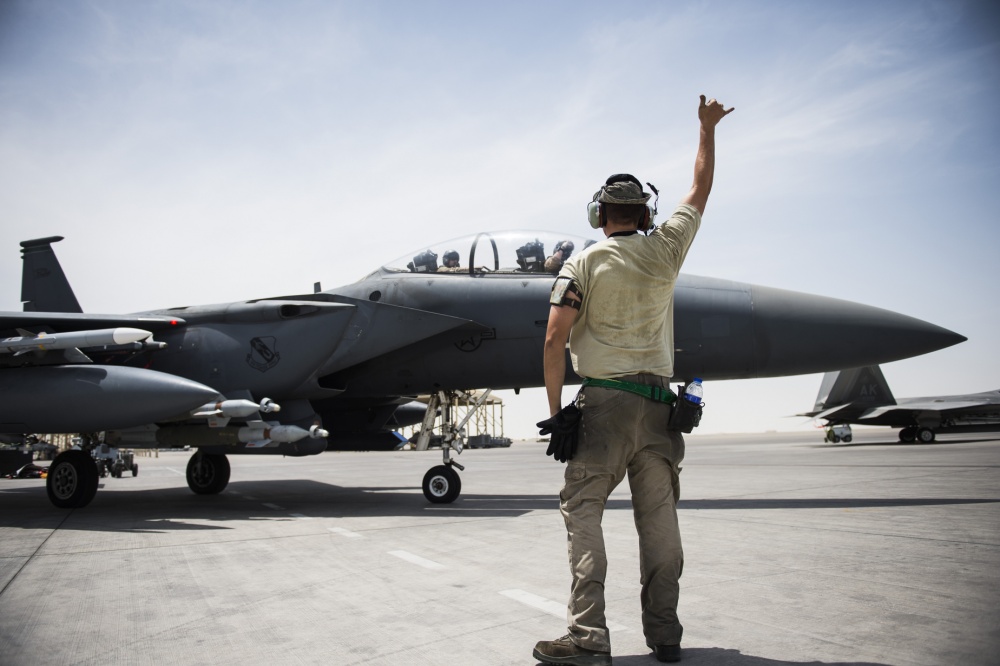 CORRECTED: Our Excerpt Below The Headline. It now says the $750 billion defense policy bill.

CAPITOL HILL: The Senate is holding an unusual day-long vote Friday to consider an amendment to the chamber’s version of the 2020 defense policy bill that would prohibit the president from taking military action against Iran without the approval of Congress.

As of mid-day, Senate Republicans are on track to prevail in defeating the amendment, with 47 “Yes” and 41 “No” votes recorded. A minimum of 60 yes votes are needed for passage.

The likely defeat is another blow to Democrats and a handful of Republicans seeking to place curbs on presidential power to wage war and sell arms overseas without Congressional approval. Last week, the Senate voted to block the sale of billions of dollars worth of arms to Saudi Arabia by a 53-45 margin. But the vistory for critics of the Saudi regime — angered by the war in Yemen and regime-sponsored murder of US-based journalist Jamal Khashoggi — is likely short-lived, as the total falls well short of the 67 votes needed to override the veto the Trump administration has promised to deliver.

Majority Leader Mitch McConnell left the war powers vote open Friday to accommodate several Democrats who continue to filter back into town after this week’s Democratic presidential debates in Miami.

The amendment would have been added to the $750 billion defense authorization bill passed by the Senate Thursday by an overwhelming 86-8 margin. The House is expected to vote on its version of the measure next month, after holding floor debates over hot-buttion issues like transgender troops, nuclear weapons funding, the president’s border wall, and the effects of climate change on national security.

The Senate decided to table those issues in its version of the bill, but it did stick with the White House on the topline, which is $17 billion higher than the Democratically-controlled House approved.

Senate Armed Services Chairman Jim Inhofe warned that the coming conference between the Senate and House on a final defense bill to send the White House won’t be easy, and it comes amid a busy summer for lawmakers.

“We’ve still got more work to do on the NDAA,” he said Thursday. “We need to conference with the House, and get a conference report enacted by October 1. In the month of July we’ve also got to do our annual funding bills, and reach a budget deal.”

The Senate bill does several significant things, however, that align with the House bill. It creates a Space Force under the Air Force, designating the head of Air Force Space Command as its commander, like the House, and bans the transfer of F-35 fighters to Turkey unless Ankara cancels its planned purchase of the Russian-made S-400 air defense system.

On the war power vote, both Democrats and Republicans have voiced concerns over Washington and Tehran stumbling into conflict, worries highlighted last week when Trump called off a strike in retaliation for Tehran’s downing an American surveillance drone. Iran says the drone violated its airspace, while the Pentagon insists it was flying in international airspace.

Acting Defense Secretary Mark Esper, speaking at a NATO summit in Brussels Thursday, promised to come back in July to brief the alliance on US intel on Iranian activities in the Arabian Gulf.

“These are the hard votes, and we must step up to take them,” Udall said Thursday in making the case for the war powers vote on Friday. “After years of abdicating our responsibilities on matters of war, this entire body must stand up and show that we will not roll over for an unauthorized, unconstitutional war.”