Should Boeing’s CEO Be Fired? 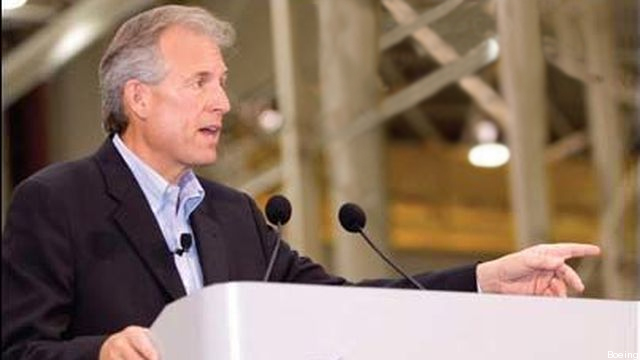 It must be summer because list stories are starting to proliferate. Usually, these stories don’t tough the defense world but one came out this morning that does.

The website DailyFinance calls for the replacement of Boeing CEO James McNerney. They are nicely scathing in presenting why McNerney should be dumped.

Boeing has built a reputation on the late delivery of its most important products. Its flagship 787 Dreamliner has begun commercial distribution three years late. The delay cost billions of dollars in revenue, some of which the company will realize in the future … maybe. Boeing has also consistently lost key clients to rival Airbus. Its most recent catastrophic loss was a large portion of the American Airlines business. CEO W. James McNerney, Jr. has been able to hold onto his job since June 1, 2005, which was about the time the early work on the Dreamliner began. Boeing shares have underperformed the S&P 500 over both the last five years and one year periods.

Boeing won one of the biggest defense contracts in modern history recently — the KC-46 airborne tanker deal — but is already forecasting a loss for the research and development phase of the program. It plans to make up for the loss in the production phase, but still… On the other hand, Boeing’s space business seems to be recovering somewhat from the fabulous fiasco known as the Future Imagery Architecture and the military aircraft sector seems to be in generally fine shape.


For more news and information on the swiftly-changing defense industry, please sign up for the Breaking Defense newsletter. You can also catch us on Twitter @BreakingDefense.
But defense generally does not drive Boeing’s stock valuation, so just keep watching the 787 and the competition with Airbus to get a clear sense of the company’s prospects. For a good read about what has driven Boeing to this state, have a look at what my colleague Bob Cox wrote late last month about Boeing’s woes. He makes a decent case for the longstanding argument that buying McDonnell Douglas was the beginning of the company’s problems. Now, to be fair, let’s note that McNerney was named CEO of the Year by Industry Week in 2004 so he must possess some good management qualities.
acquisition Airbus Boeing KC-46