So what’s changed? Doing business with the Department of Defense (then and now) [Sponsored] 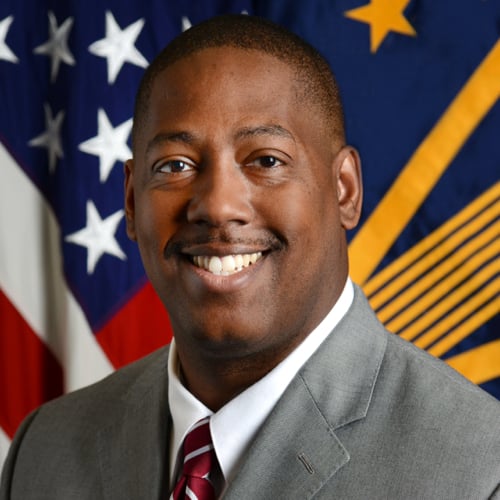 This is a sponsored series.

A 2012 report conducted by the House Armed Services Committee highlighted the challenges small businesses face when working with the Department of Defense: from vulnerability working as subcontractors to concerns about protecting their data and patent rights.

Even before that report, congressional agencies, small businesses and their representatives, and even the DoD have worked to streamline the process for companies getting DoD contracts.

We sat down with Kenyata Wesley, acting director of DoD’s Office of Small Business Programs, to sift through the biggest challenges for small-business contractors, how they can overcome those challenges and where the DoD can help.

This article is sponsored by Lake Whillans, a distressed venture funding and litigation finance firm that helps companies facing litigation or arbitration. It’s writing an ongoing series to empower startups to better protect their businesses and increase their likelihood of success. Learn more at lakewhillans.com.

It can be difficult for small businesses to obtain prime contractor status with the DoD due to size, limited name recognition and limited resources, among other issues. The HASC report noted that the DoD had failed to meet small-business contracting goals in 2010, but the department has made significant strides in this area.

“We heard small businesses say there were too many barriers to doing business with us,” Wesley says. So the DoD made a concerted effort to remove barriers, providing businesses with clear and direct sources of contact, translating defense industry terms into commercial terms with which small businesses are more familiar, and starting an express cash-flow option to provide payments in 10 to 14 days.

Based on our conversation with Wesley, we reviewed whether the DoD has addressed and fixed each challenge and ranked the progress made on each one – with 1 being least fixed and 5 being most fixed – and provided some additional context. How fixed is the challenge of obtaining prime contractor status? 4

The DoD has definitely made headway in opening lines of communication withsmall businesses and helping them get paid in a more timely fashion. If you’re looking to get a DoD contract, there’s never been a better time to go for it.

2. Serving as a Subcontractor

Prime government contractors often subcontract work to small businesses. According to the HASC report, “Challenges of Doing Business with the Department of Defense,” those small businesses that lack a direct contractual relationship with the DoD can also lack recourse over intellectual property rights and payment terms.

Wesley says that 60 percent of the department’s overall contract budget is going to small-business subcontractors, making this the prime avenue for small businesses looking to gain initial access to DoD funding or build on past performance.

He adds that he has not seen a trend of primes taking advantage of subs with regard to stealing intellectual property rights. However, Congress passed a new law in 2010 that permits subcontractors to reach out directly to DoD contracting officers if they are having problems with a prime. Previously, only the prime contractor could make contact with the DoD directly. Additionally, small businesses wanting to know the most reputable primes with whom to work can find a list on the DoD’s Better Buying Power 3.0 website.

How fixed is the challenge of serving as a subcontractor? 4

While the DoD can’t control how primes treat subs, the department has made it easier for subcontractors to file complaints directly with the DoD when they feel the prime contractor is not treating them fairly. This being said, read your contract with the prime carefully before signing, and make sure you’re not signing over more than intended.

Small businesses can be vulnerable to constantly shifting Defense Department regulations because they do not have the personnel to keep up with the latest legislative changes or internal reforms, according to the committee report.

At larger DoD sites, such as major military installations, the department holds regular “how to” informational sessions that walk small businesses through how to contract with that particular command, Wesley says. He notes that every buying command website has areas devoted to helping small businesses understand how to do business with the DoD and what the requirements are. An example is Special Operations Command’s (SOCOM) Office of Small Business Programs. In addition, small businesses can find updates on changing regulations on DoD social media sites.

How fixed is the challenge of shifting regulations? 3

No doubt about it — navigating DoD regulations and requirements still isn’t all that easy, but it’s easier. Most departments now have portions of their websites devoted exclusively to helping small businesses navigate the ins and outs of contracting with them.

When working with the DoD, businesses face the potential for audits by numerous agencies and those audits can occur years after the contract has ended.

Wesley acknowledges that, at the time of the Armed Services Committee report, the Defense Contract Audit Agency and Defense Contract Management Agency faced massive backlogs. “They are dealing with millions of dollars in contracts every year, and thousands of actual contracting actions,” he says. “They’re still backlogged, but not as much.”

How fixed is the challenge of the possibility of audits? 1

Small businesses face particular challenges when endeavoring to protect their patent rights and rights to technical data. The committee report noted instances where the DoD gave another contractor access to intellectual property so they could “reverse engineer”and manufacture a patented invention. If a contractor feels his or her invention has been used unlawfully, the contractor’s only recourse, according to the report, is to sue through U.S. Federal Court –an inordinately expensive and time-consuming process.

Wesley says he believes the complaints about intellectual property theft have been the result of businesses failing to read or understand their contracts. “The Government Accounting Office didn’t account for the fact that small businesses weren’t aware of what was in their contracts,” Wesley explains.

He thinks businesses get excited when offered a contract worth several million dollars and then fail to examine the details. “Read it before you sign it,” he advises, noting that it’s common for the DoD to maintain control over technology that a business develops for it. “We don’t want to be locked into one vendor,” he says. “We want access to the best solutions while keeping price at a reasonable cost. Competition fuels innovation and controls added costs.”

The best way to avoid unintentional loss of property or data rights is to work closely with a small-business specialist from negotiation through contract signing and/or to get the advice of an attorney.

How fixed is the challenge of protecting patent rights and technical data? 3

While the DoD contends this was never really an issue beyond the failure of small businesses to understand their own contracts, the reality remains: You’re vulnerable, whether it’s the DoD’s fault or your own. Don’t sign until you’ve had an experienced attorney go through the contract and explain exactly what rights you’re giving the federal government and which ones you retain.

If you’re a small business owner and you’ve never contracted previously with the DoD, take advantage of your local Procurement Technical Assistance Center. Most of their services are free.