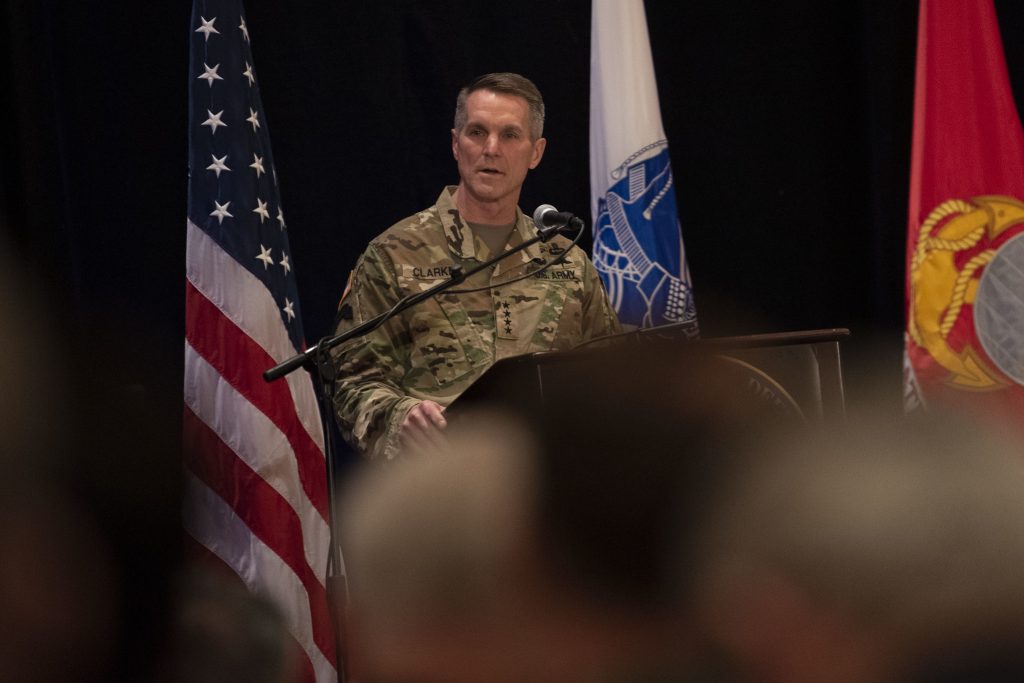 SOFIC: It took a handful of special operators four days and $7,000 to build a small remote control vehicle — complete with mapping abilities, infrared sensors and the capability to send a video feed back to their vehicle.

Defense industry execs had told them it would take 10 months and $1.7 million.

That was “unresponsive and [too] expensive” for the small SOCOM team, Gen. Richard Clarke, the newly-installed head of the Special Operations Command said here today. Instead of walking away from the idea and the mission, the operators “took stock of their own in-house skills and commercially available equipment and they filled their own system that fulfilled the requirement.”

The DIY project, which took place last month, helped the troops explore a small tunnel deemed too dangerous for a human, Clarke said.

“The nature of industry and SOF collaboration is changing as our personnel learn and adapt to new technological possibilities,” he said. “They are establishing their own garage labs, frequently well forward in the operating environment to develop solutions to technical and tactical problems they’re facing.”

Pushing industry to work with special operators on small, but critical, projects is the writ of SOFWERX, an incubator set up in downtown Tampa to act as a clearing house for innovative projects dreamed up by both large and small companies, as well as operators themselves.

Clarke, who took over SOCOM this spring, assumed command as the Pentagon works to transition to the burgeoning military rivalries with China and Russia, as spelled out in the National Defense Strategy, which places peer competition above the two-decade war against extremists. SOCOM has played a central role in those conflicts.

“Today, SOCOM is focused squarely on the implementation of the National Defense Strategy,” Clarke said at this annual gathering of special operations leaders and industry representatives in Tampa. “This strategy acknowledges the reemergence of great power competition in a global security environment with continuing threats from globally-networked violent extremist organizations, but also a rogue state.”

Special operators will continue their mission to “counter resident violent extremist ideologies and degrade these organizations’ ability to attack America and its interests,” he said, but “at the same time, we apply our capabilities to help the nation prevail in great power competition.”

How SOCOM fits into that new strategic direction is still unclear. The 70,000-strong organization has more than doubled in size since the 9/11 attacks, after which Washington set out on a series of conflicts in Afghanistan, Iraq, Syria, and elsewhere, setting the stage for the once-secretive command to play a central role in the nation’s wars.

So as the Pentagon redirects its gaze, SOCOM in some respects is doing the same. James Smith, the command’s top acquisition executive, said he’s focusing on advances in intelligence, surveillance and reconnaissance capabilities, as well as precision fires, and data.

“The challenge for us is how do you get those platforms more relevant in a near-peer competition scenario?” Smith said.

Clarke added that he’s looking to the defense industry to “expand and improve our ability in this mission area by developing suites of low bandwidth communication and collaboration tools that allow us to more rapidly and securely advise and enable our partners.”