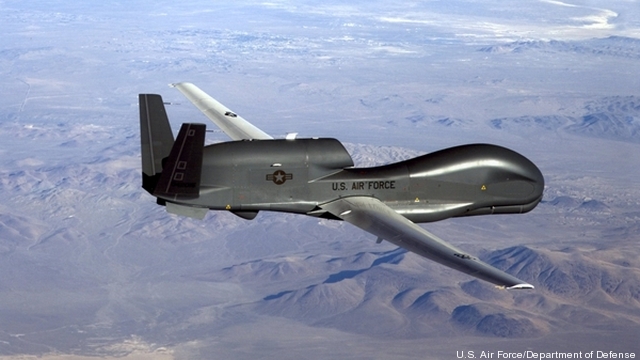 Washington: The South Korean government is threatening to walk away from an almost $400 million Global Hawk purchase unless the Pentagon can bring the price down.

According to a recent report in the Korea Herald, top decision makers in Seoul claim the revised cost estimate out of the Pentagon for the four-plane deal is nearly double what both governments had initially agreed to.

Those unmanned planes, which are set to begin arriving on the peninsula by 2015, were originally going to cost the South Korean government roughly $379 million, including the associated ground systems, spare parts and other materials.

Unless DoD agrees to cut that new price by half, Seoul will walk away from the deal entirely, the newspaper said.

The South Koreans have picked a key moment to put the screws to DoD and Global Hawk contractor Northrop Grumman. With defense budgets set to shrink dramatically over the next decade, defense firms are looking more and more to overseas sales to support their bottom lines.

The outcome of the South Korean deal could also affect whether other countries in the Pacific decide to go with the Global Hawk to fill their unmanned ISR requirements.

The Japanese and the Australians have already expressed interest in buying the Global Hawk and its sea-based cousin, the Broad-Area Maritime Surveillance drone being built for the U.S. Navy by Northrop Grumman.

But if Seoul can convince the U.S. to meet their terms it could set a difficult precedent for future talks between the U.S. and other countries for the Global Hawk and other pieces of American military hardware.

For their part, South Korean officials claim it is the U.S. who is looking to take advantage of the situation. The 2015 delivery date for the Global Hawks is the same time when American forces in country are set to hand over control of military operations in the country to the South Koreans.

The South Koreans claim DoD is using that handover deadline to boost the price for the Global Hawks, knowing the unmanned aerial drones will be a must-have capability for Seoul once the handover takes place.

Northrop Grumman officials declined to comment on the negotiations with South Korea, referring all questions to the Defense Department. A spokesman from the Defense Security Cooperation Agency, the DoD shop that handles all high-level foreign sales of U.S. weapons, did not respond to queries on those claims.

For their part, Northrop has already taken steps to court the international ISR market. It has locked in a deal to supply the Global Hawk to NATO for its new Allied Ground Surveillance program.

The company is also working on a new common ground control station for the UAV, which will be able to control all U.S. and international versions of the Global Hawk from a single station without modification.