The Paris Air Show 2013: Cycles and Realities of the Aviation Market 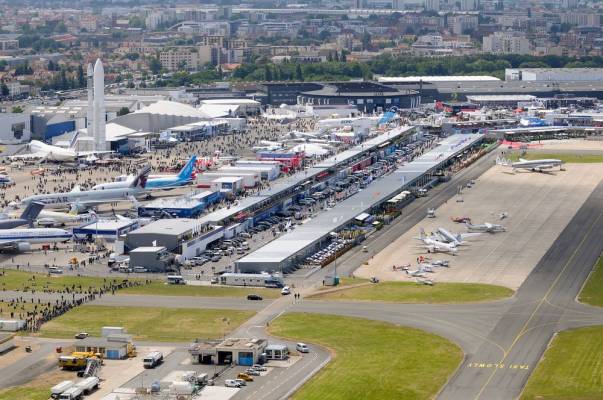 America’s defense industry is deep in economic pessimism but the rest of the world isn’t defined by sequestration and the Afghan drawdown, and that will be very clear at next week’s Paris Air Show.

This year’s show will probably be defined by commercial aviation, especially the twin aisle jet market. Boeing’s 787 Dreamliner will return after its bout with battery jitters, and the Airbus A350 will be in the wings. With the difficulties in delivering operational 787s, the A350 has shrunk the gap in terms of to market airplanes during that time. The often much maligned A380 will recover space in the large aircraft market as well. This all matters in terms of company cash flows, but it doesn’t matter in terms of the industry over all.

Those concurrently developed airplanes –the 787, the A350, and the A380 – will dominate global commercial aviation for decades to come. Those who have watched the F-35 Joint Strike Fighter will remember the presumed evils of concurrency, but the reality is that the commercial aerospace world dominates the military sector and much of the content for a new combat jet like the F-35 comes from the commercial world. Strategic airlifters like the A400M and tankers like the A300 MRTT are, likewise, stepchildren of that world.

“It’s the unexpected that usually gets you. So we never underestimate the complexity of a whole new development like the A350. Believe me, I learned from my mistakes and the mistakes of my competitors. And you can never guarantee that you won’t have problems. The best way to avoid such problems is not to develop new aircraft.”

The story is different with regard to single aisle aircraft and for regional jets. Here the emergence of the “new” world of aviation is crucial. China, Brazil and Russia, to name three, are not only key players in the regional jet market but are bumping up into the single aisle markets as well.

Global alliances are crucial in this market space. Airbus is opening a final assembly line in Mobile, Ala. and may well be laying the groundwork for building its next-generation single aisle very differently from the way it is doing it now. Boeing is doing a dance with Embraer, supporting the Brazilians’ efforts to export their Super Tucano while working to sell Boeing’s own F-18 to Brazil. The possibilities of building a new single aisle aircraft with Embraer are significant as well.

The military aviation component will be significant at Le Bourget (the Parisian airport where Lindbergh landed and the air show is held), but it is not as easy to analyze as the fate and future of the Boeing-Airbus commercial duopoly. The military market is fluid in part because the global situation is. In what may surprise some who think drones such as the Predator are the future of aviation and will dominate this sector, the future of manned aviation is solid, with new aircraft coming on line. The prospects for replacing legacy aircraft and building out fleets in developing nations are significant as well.

The show will feature many UAV contenders, but UAVs must contend with several challenges shaping their future market and success. UAVs came of age in Afghanistan but they operated within an established infrastructure as part of large forces; how will UAVs operate within much smaller forces in future regional operations?

A second challenge in the post-Afghanistan world is that UAVs are the ultimate cyber target. They are really data links operating in the air, which makes them very vulnerable to jamming and spoofing.

The recent EuroHawk debacle is a key flash point. The German government’s decision to abandon its technically successful adaptation of the US Global Hawk is rooted in regulatory issues. This is a clear case of technology conflicting with regulatory management. It also suggests a broader consideration for the future of UAVs in European airspace.

“The German government is pulling the plug not because of the performance of the UAV, but because of the nature of the regulatory process,” a senior German industrial source said. “To get the regulatory approval to fly in European airspace requires adding a sense and avoid capability that is not in the aircraft. Indeed, the regulators have suggested a review process, which would require us to certify a variety of parts in the UAV beyond any normal safety requirements for the operation of the UAV itself. Or, put in other terms, the regulatory system is simply not ready for UAVs, and is using EuroHawk as the test case, and we would have to pay a premium for their learning.”

Robotics and UAVs are crucial aspects of the future and part of a 21st century force. The evolution to watch is the ability of companies to supply robotic and manned capabilities that interact with each other in an evolving force structure.

Combat aircraft will, of course, be featured at Paris. For the first time in years, the flying star will be Russian, the Su-35. Hopefully, this plane does not repeat the experience of the SU-30 at the 1999 Paris Air Show, where spectators witnessed a dramatic crash. The Russians are struggling to maintain their position in their most important export market – India.

The F-35 will not be flying at Paris, but it clearly could do so. The Marines expect their F-35B variant to achieve Initial Operating Capability (IOC) in 2015, and the Air Force in 2016, and the Navy in 2018 or 2019. Marine Lt. General Schmidle, deputy commandant for aviation, will attend the show and discuss the F-35B.

The Marines’ other star aviation asset, the V-22 Osprey, has come to Europe in a significant way, serving as the backbone for a new Special Purpose MAGTF (Marine Air-Ground Task Force) currently based out of Spain and ready to respond rapidly to Benghazi-type events in the Mediterranean and Africa.

Another combat aircraft that we will see in Paris– the Embraer Super Tucano – is the flagship of the NATO effort to equip and train the Afghan Air Force so it can stand on its own after 2014. Fortunately, Embraer is not following the idiotic and destructive dynamic of sequestration, in which companies not showing up to trade shows is supposed to show how cost-conscious they are. Having strong global partners rooted in dynamic economies is a key element of an effective US defense and security strategy for the 21st century.

Two other military aircraft present at the show are well worth noting:

The A400M is being delivered this summer to the French Air Force, and the first FAF A400M will be seen on static display while an Airbus Military aircraft does the flying at the show. The ability of the A400M to carry C-17 type loads to the point of attack will be a significant game changer for the airlift market.

The other element of a global fleet of Airbus Military aircraft is the A330MRTT. The plane is built on the foundation of the very successful A330 commercial aircraft, which is used widely and globally. When the A330MRTT project began, Airbus Military went back and redesigned the plane around new computer based designed tools. What emerged was a new and even more robust aircraft, optimized for the tanking mission. The capacity of the tanker to be refueled by other tankers itself only reinforces the “air base in the sky quality” of a fleet of A330MRTTs.

Several or the Airbus tankers have been delivered and are in operation with Australia, the UK, Saudi Arabia, and the UAE; the Indians have selected the Airbus tanker as well. Tanking has been a core US dominant capability, but with the aging of the fleet, the need for others to pick up the slack is obvious, and they are largely doing this with the A330MRTT.

In short, as always, the Paris Air Show provides a moment to take stock of the global aviation market. The commercial market is robust, and the military market is moving in its own way. These are both cyclical markets subject to the impact of outside events. And when one of those missing Libyan shoulder-fired missiles hits a commercial airliner, the cyclical nature of the commercial market will certainly be highlighted again.