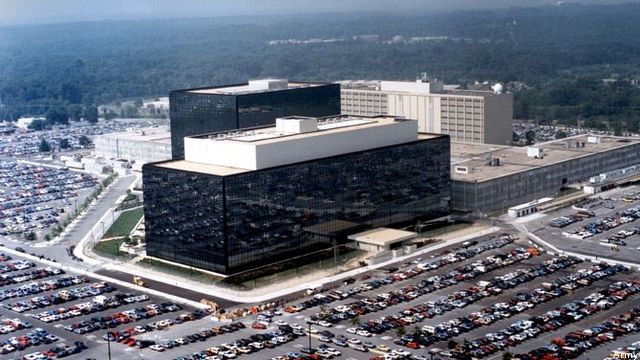 WASHINGTON: The National Security Agency, which can go for 10 years without a contract protest, currently faces three, slowing the agency’s ability to issue new contracts.

“We are sitting on three of them right now. Used to be you could go a decade without one, let alone sitting on three in one year,” Charlie Stein, of the NSA’s wonderfully named Maryland Procurement Office, told about 100 audience members at the INSA and AFCEA intelligence conference today.

For the companies involved, Stein did not sound terribly sympathetic and offered a fact that must elicit enormous envy from his colleagues in Defense Department acquisition. “I can say that we have not lost one yet, and we don’t intend to.”

So what’s the cause of this sudden spate of protests, especially one involving an agency that normally works very closely and quietly with its contractors, often for a very long time?

Stein says they now “have a junior workforce,” one that isn’t as adept at crossing every T and dotting every i. Combine that with fact that, as a result of the protests, their “attorneys are tied up dealing with protests so they don’t have time to make sure new deals are free of protestable issues.”

Al Munson, first head of acquisition for the Director of National Intelligence, who appeared on the panel with Stein, notes in a recent paper for the Potomac Institute that “bid protests were extremely rare, and success in causing a source selection decision to be overturned were even much rarer” in the past. This has multiple effects on intelligence acquisition.

Munson writes that the “government has reduced the periods within the competitive process wherein communication with potential competitors can occur and has reduced the quality of those communications. This has the effect of reducing the clarity and increasing the ambiguity in the bidders’ understanding of the government’s needs, and therefore, in the responsiveness of the bids to those needs.” Munson believes this can lead “to an overly optimistic (read: unrealistic) cost proposal.” And once a protest is lodged, a program can be delayed years while the issues are resolved.

We won’t mention the Air Force’s tanker fiasco, but you can read about it here.