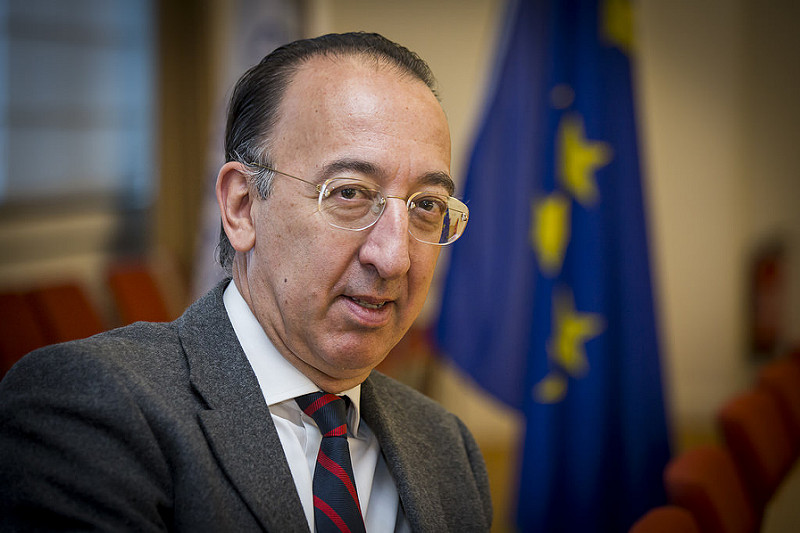 WASHINGTON: If he were a European, Sen. John McCain would have a field day critiquing how Europe’s governments buy weapons. Imagine if each of the 50 united states fielded its own military. That, to a large degree, is what happens in Europe, and the waste and duplication that result are staggering.

The 28 countries of the European Union spend in aggregate roughly half of the roughly $600 billion that the US spends. “But we can only field 15 percent of what you get can as output from your defense effort,” Jorge Domecq, CEO of the European Defense Agency says in an interview. “What is missing or really killing our defense effort is, we do it in an isolated and fragmented manner.”

Imagine a defense agency that is focused on just four types of capabilities and depends on the good will of 28 governments to get anything done. (The four are: air-to-air refueling; helicopter training and related matters; medical support; and “effective procurement.”)

Sounds like a recipe for disaster, doesn’t it? But the European Defense Agency may be one of Europe’s best hopes to reduce waste and duplication among the continent’s militaries, regardless of the compromises and political wrangling involved. To continue doing business as they do now will not provide the EU with the capabilities it needs or can afford.

Europe took its first step along this path roughly 17 years ago, when it selected Javier Solana as its first High Representative for Common Foreign and Security Policy. Then it created the EDA in 2004, after decades of debate about the idea of a standing European Army and a common defense approach.

An intriguing, if still nascent, second step is being considered by Germany. The possessor of Europe’s dominant and most resilient economy has begun discussing the possibility of a European standing army. A German white paper was leaked the day US Defense Secretary Ash Carter arrived in Stuttgart, in a clear attempt to spark debate about the idea

The Financial Times, which broke the story, said the German paper advocates “a joint headquarters and shared military assets” and “outlines steps to gradually co-ordinate Europe’s patchwork of national militaries and embark on permanent co-operation under common structures.”

Meanwhile, Europe may take another step by the end of this year to begin eliminating the duplication of effort created by the simple fact that Europe’s constituent states insist on building, training, and equipping 28 separate militaries.

“There is a strong push” to create a common European fund to allow countries to pool their money to buy shared capabilities,Domecq says. “Sometimes when Germany has the money, Spain doesn’t have it, and Italy says, we’ll have it in two years.” The new fund, which he hopes will be in the final planning stages by the end of the year, would not make the EDA akin to the Office of Secretary of Defense. Instead, the governments involved would control the money and EDA would oversee it.

There is an important incentive offered for countries to take advantage of this. When governments pay defense companies for the weapons they build in Europe (as opposed to American-made weapons), they have to pay Value Added Tax on top of the cost. That range from 17 to 25 percent (these are standard rates; those for military items may be lower). The EDA’s new fund would exempt countries from paying the sales tax, potentially saving tens, if not hundreds, of millions of dollars.

In the wake of the terrorist attacks in France and Belgium, a grave issue has arisen. How can Europe effectively and efficiently defend its borders. With France, for example, deploying 30,000 troops for internal security and executing what are traditionally law enforcement functions, how can Europe buy capabilities that can be used internally and externally.

The EDA ran a tabletop exercise on hybrid warfare in March and plans another in June to get a better sense of how to proceed, Domecq says: “What we are looking out for is a clear sense for how this blurred border between internal and external threats is shaping shared capabilities.”

This could span all the way from biometrics to body armor, to standard close combat weapons. If European countries start buying the same tools for internal security — or at least developing standards for them — how far is it to buying them for war?