To defend the nation we must cut defense spending. We can no longer afford to waste money subsidizing the defense of Western Europe, overpaying contractors, and buying overpriced and under-performing weapons with exquisite requirements. As Adm. Mike Mullen, chairman of the Joint Chiefs of Staff, says: “Our national debt is our biggest national security threat.”

To the extent the debt negatively affects our economic vitality — some credit agencies are already considering reducing our credit rating — a weakened economy affects national security. We will not be able to maintain a robust national security establishment witho 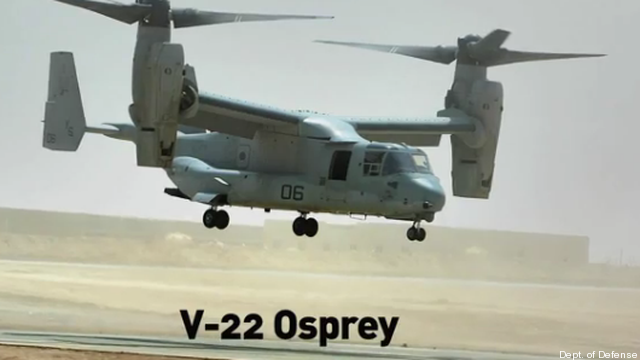 ut a robust economy that can generate the tax revenue to pay for it. Thus, it is in the national interest to reduce spending at the Department of Defense and other national security agencies as part of debt reduction.

With this in mind, we at the Project on Government Oversight (POGO)and Taxpayers for Common Sense recommended 17 cuts to national security spending, including reductions in spending on contractors and withdrawing 20,000 U.S. troops stationed in Europe. This would save taxpayers more than half a trillion dollars over the next 10 years.

While considerable, these savings “don’t include the far more significant long-term savings of implementing enhanced administration and oversight of national security spending and contracting,” according to Danielle Brian, POGO’s executive director. Our proposal also shows that, despite of all the fear-mongering from opponents of DoD budget cuts, national security budgets can be cut without endangering our national security. In many cases overpriced weapons, such as some variants of the F-35 and the V-22 Osprey, can be replaced with other weapons at a fraction of the cost, with no serious risk to national security. On the personnel side, there is ample evidence that many service contractors can be cut or replaced by DoD personnel.

Generating revenue through national security programs is also possible, as our proposal to increase “downblending” of excess highly enriched uranium into low-enriched uranium (which can be used as fuel for generating nuclear power) shows. Proposals like this reduce the costs and security risks associated with storing excess nuclear material and make money for the government.

While these proposals clearly show that considerable savings in national security budgets are possible without undermining our security, they are just a foundation for demanding that national security budgets not be unnecessarily profligate. As Ryan Alexander, president of Taxpayers for Common Sense, said: “These should not be the hard choices — there is room for much more.” This makes the nominal reforms to national security spending currently being debated in these debt talks even more absurd.

It is clearly possible to find savings in national security budgets and it is an absolute necessity for policymakers to actually pursue those savings. The great irony is that by not meaningfully putting national security spending on the table, policymakers are actually increasing the threat to our national security. Defending America is synonymous with creating a truly leaner and meaner fighting force that is not reliant on financing from foreign creditors. Penny-pinching is patriotic. The sooner our leaders realize this the sooner we will be more secure.

Ben Freeman is the National Security Fellow for the Project On Government Oversight.