Tomahawk Vs. LRASM: Raytheon Gets $119M For Anti-Ship Missile

WASHINGTON: Just three years ago, the Navy faced the Russian and Chinese fleets with just one aging, short-range anti-ship missile, the Harpoon. Today, it’s successfully test-fired at least four very different missile types and may actually need to narrow down. There’s the converted SM-6 anti-aircraft missile as the lightest, fastest option and the Kongsberg Naval Strike Missile as the middleweight. Then we have two monster missiles with 1,000-pound warheads competing for the heavyweight slot: Lockheed’s new Long-Range Anti-Ship Missile (LRASM), which we’ve dissected here, and Raytheon’s Tomahawk – a venerable missile that’s about to get a major upgrade.

Since 1991, Tomahawks have been/ presidents’ first resort for precisely striking stationary targets on land. What they’ve lacked was the capability to precisely strike moving targets at sea, a much harder problem. A short-lived Tomahawk Anti-Ship Missile (TASM) variant was withdrawn from service in the 1990s because the Navy wasn’t sure it would consistently hit the right ship. (No one wanted to sink the future equivalent of the Lusitania by mistake).

Since then, however, Moore’s Law has helped lead to immensely improved electronics. Raytheon has invested millions of its own money in a more sophisticated anti-ship seeker, built around a new high-powered and versatile “multi-function modular processor” it aims to use on other missiles as well. A prototype Maritime Strike Tomahawk successfully struck a target in a 2015 test, and on August 30, the Navy awarded Raytheon $119 million to continue its development. 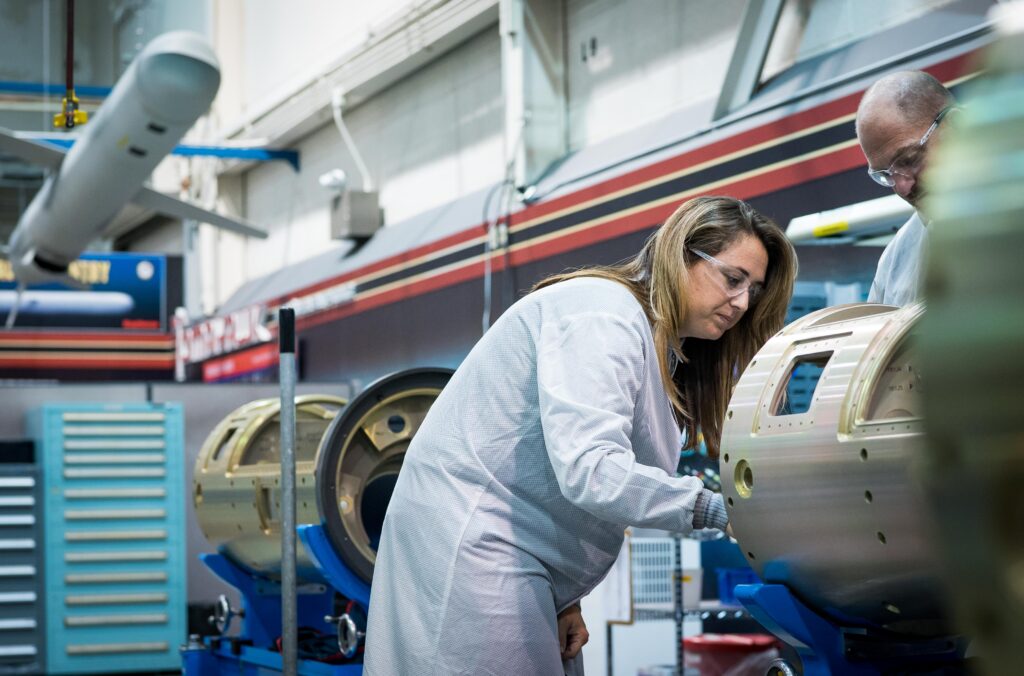 Raytheon employees at work in the company’s Tomahawk missile factory.

The plan, Raytheon executive Chris Sprinkle told me, is to install the new seeker on a still to-be-determined fraction of the 4,000-plus Block IV Tomahawks – the latest model – as they come back to Raytheon’s Tucson factory for their regularly scheduled mid-life checkup. The missiles are meant to last 30 years, he explained, and bringing them back in for maintenance and upgrades at the 15-year mark was always part of the plan. The oldest Block IV missiles, built in 2004, were already scheduled to come in for overhaul next year, when they’ll all get new radios and navigation hardware. The marginal cost of installing a new seeker on some of them at the same time will be, well, marginal.

Incumbency is Tomahawk’s great advantage in its competition with LRASM. The US and Royal navies have bought more than 10,000 Tomahawks since the missile entered service in 1984. They’re battle-tested, and they can launch from both ships and submarines. Upgrading the proven Tomahawk from land-attack-only to anti-ship is less costly and risky than buying a new missile like LRASM. 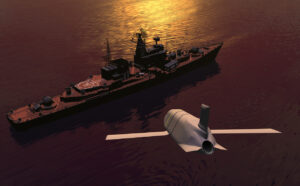 But incumbency is a double-edged sword. Underneath all the upgrades, Tomahawk’s basic technology was designed in the early 1980s. LRASM, by contrast, derives from the Joint Air-to-Surface Standoff Missile (JASSM), which had its first flight test in 1999. That makes the JASSM/LRASM family almost 20 years younger, even though it’s almost 20 years old.

Sure, Raytheon can update Tomahawk’s electronics, and the new processor will allow the missile to download frequent software updates iPhone-style, Sprinkle said. That’s all crucial for a precision weapon. But Raytheon can’t do much about the Tomahawk’s basic shape, which is not designed for stealth the way JASM and LRASM are. In an era of increasingly sophisticated anti-missile systems that can jam, decoy or shoot down incoming weapons, that matters. How much? That’s classified.

While LRASM has some edge in stealth, Tomahawk has an advantage in range. The exact details are classified, but LRASM’s range is officially “over 200 miles” while the Tomahawk’s is over 1,000. That’s roughly 400 percent more. 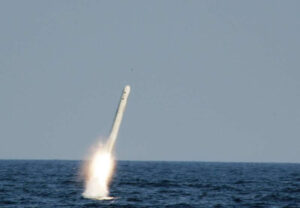 Submarine launch of a Tomahawk

With range like that, said Sprinkle, you may not even need to go to sea to fight an enemy fleet: “We can reach out and touch you, probably, from port.” The Tomahawk’s tremendous range was designed to strike targets deep inland from ships at sea, almost anywhere on earth – “I think there’s some spot from Tibet you can’t reach with the Tomahawk” – so enemy fleets would have nowhere to hide.

Of course, like everything else, range comes with a price, in this case weight. A Tomahawk with rocket motor weighs in about 3,330 lbs, compared to LRASM at about 2,500 lbs, almost a third less. Lighter missiles are easier to accommodate on both the warships that would fire them and the supply vessels that would bring them to the battle fleet in a prolonged war.

There is a potential place for both missiles in the inventory: the stealthier LRASM for the best-defended targets, the longer-ranged Tomahawk for those furthest away. But judging from Sprinkle’s comments, Raytheon is not counting on a compromise. It wants to win.