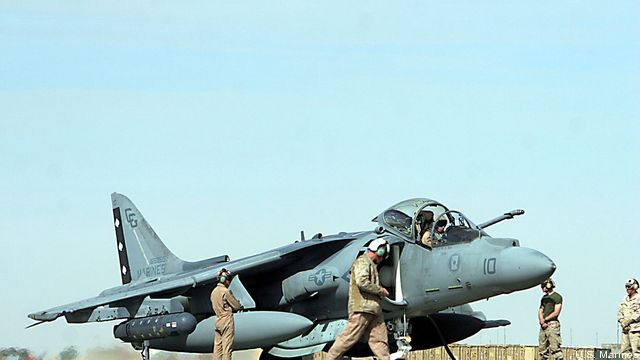 It was a warm early fall evening at Dover as a C-17 Globemaster landed, carrying four American sons home. Two Army and two Marines, united in death, having given everything they had to support and defend our Constitution. All four were lost in Operation Enduring Freedom, Afghanistan.

The “dignified transfer” from the aircraft to the AF vehicle featured no music. It wasn’t that kind of event. This was a dignified military operation on American soil to begin the final journey home. The transfer was somber and respectful, with the only sounds being the noises of a busy base.

The military members carrying the flag-draped metallic caskets down the aircraft ramp, and the others assisting were all in their services’ battle camouflage uniforms. Their crisp white gloves stood out.

As family and loved ones arrived, Marine aviators formed into ranks, joining Army personnel and two RAF officers. The briefing by an Air Force lieutenant was to render a slow hand salute to a three count beat.

The Marines on active duty all wore Navy Wings of Gold, and significant additional ribbons for valor and campaigns. It is very obvious that that those present were in a military at war for over ten years.

Across the C-17 ramp face on to the platoon of Marines, Army and RAF were three Marine Officers also Naval Aviators. They were the 35th Commandant of the Marine Corps, James Amos, who is an F/A-18 pilot call sign “Tamer”, Lt. Gen. Robert Schmidle, an F/A-18 pilot call sign “Rooster”, and Lt. Gen.. Jon “Dog” Davis an AV-8 Harrier Driver. The Skipper of VMA-211, along with the other fallen were deserving of their presence.

The “fog of war” is still swirling about what exactly occurred at Camp Bastion Afghanistan on the night of August 14. So far, this is what we know.

The attack commenced just after 10 p.m. when approximately 15 insurgents executed a well-coordinated attack against the airfield on Camp Bastion. The insurgents, organized into three teams, penetrated at a single point of the perimeter fence.

The insurgents appeared to be well equipped, trained and rehearsed.

They destroyed six AV-8B Harrier jets; two were significantly damaged. Three coalition refueling stations were also destroyed. Six soft-skin aircraft hangars were damaged to some degree. [Eds. note: The Marines boast 98 Harriers, seven squadrons of 14 aircraft. No decision has been made yet about how or whether to replace the destroyed planes, a Marine spokesman said.]

Coalition forces killed 14 insurgents and wounded one, who was taken into custody. In addition to two coalition service members that were killed, nine coalition personnel – eight military and one contractor – were wounded. None of their injuries are considered life-threatening.

The close quarter fighting on the ground validates a fundamental point of the ethos of the Marines; every Marine is trained to be a rifleman before going on to specialty training. So when “Otis” as a young Marine officer walked out on the flight line at VT-1, the Navy/Marine primary training squadron, to make his first flight, which would eventually lead to commanding VMA-211, he was already a trained infantry officer. Additionally, he also had total confidence that the troops he commanded were trained in ground combat first before going on to fill his Squadron requirements, for maintenance, logistics and admin billets.

The destruction of of death loving fanatical killers “inside the wire” is a tribute to Marine training that always practices (and understands) the skills necessary to be part of or support the infantry. All Marine aviators know they serve in a support function to enable Marines to close with engage and kill the enemy.

A smart reactive enemy also knows Marine Air in Afghanistan is a huge asymmetric threat to them. So they targeted — at the cost of their lives — the biggest combat threat to them: the AV-8 Harrier. The cycle time of the STOL Harrier providing close air support had to be noticed and thus eliminated. The attack also showed how a high-intensity spasm of combat can incur significant inventory loss. Many decision makers in Washington D.C. ignore rapid combat loss at the peril of crippling our national security.

VMA-211 was at Wake Island in the opening days of World War II; all the squadron aircraft were lost. Without aircraft the Marine pilots and enlisted squadron members reverted to the infantry to defend against the final Japanese attack. In Afghanistan that legacy lived on; this time the enemy all were killed or captured.

Ed Timperlake, former Commanding Officer of VMFA-321, is editor of the Second LIne of Defense website.