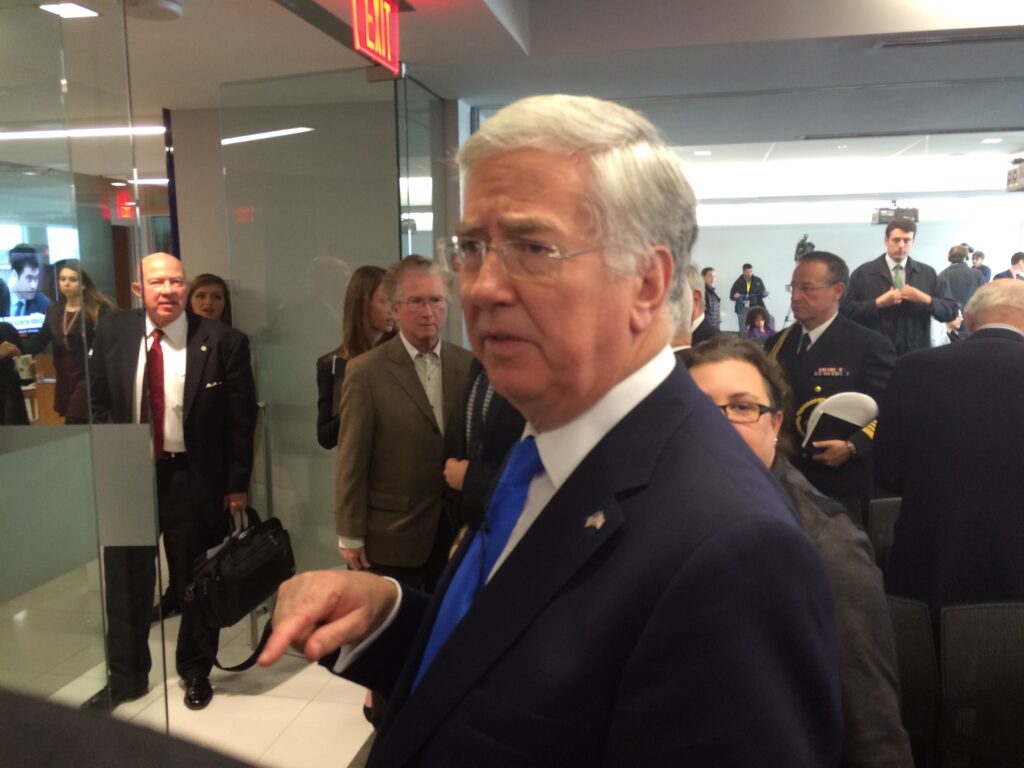 LONDON: Sen. John McCain would be howling if 49 percent of Pentagon contracts were not competed — especially if that had been true for more than nine years. How would McCain and his colleagues react if a company awarded a sole source deal charged the government $34,000 for a charitable donation or for “staff welfare?”

One can only imagine. But that was what the British-based Financial Times reported this morning on page 4 in a story headlined: “Single-source contractors billed MoD for parties and donations.” On top of all that, the UK’s Single Source Regulations Office (formed to oversee such contracts) found that only nine percent of companies provide “required information” for one type of information and their overall “conformity to the regulations has been ‘poor.’” Intriguingly, there was no mention of the Farnborough Air Show, still ongoing, except for an oblique referral to the £5 billion announcement at the show of Britain’s deal with Boeing Co. for P-8 Poseidon’s and  AH-64 Apache attack helicopters.

Here’s the statement by the SSRO. It’s a masterpiece of Civil Service work, both outraged and wonderfully self-serving:

“The Single Source Regulations Office has challenged £61 million of potentially non-allowable costs, whereby contractors charge unnecessarily for goods or services that could result in savings to the taxpayer. The independent regulator has examined a number of “single source” contracts, where the MOD chooses to work exclusively with a company.

“In one instance the SSRO found a defence contractor had charged the MOD £32,500 for a ‘charitable donation’. In other cases a company charged £34,000 for “staff welfare”, that included a Christmas party and another billed £10,000 for ‘entertaining costs’. The suppliers then get profit on top of these amounts.

“In its first opinion, the SSRO challenged charges of labour inflation at £6 million and ‘learning curve’ of £12.9 million.

“Other ‘non-allowable’ costs, such as charging to remedy faulty workmanship and bills for hotels and exhibitions have all been met by the taxpayer.” No penalties have been imposed yet, the FT reported, and officials said companies have six months to clean up their acts.

The FT notes Britain will “grant an increasing number of contracts to sole suppliers, including the £31 billion renewal of its nuclear submarine program, run by BAE Systems and closely linked with the US Ohio Replacement Program.

Taking advantage of the fact I happen to be in London during one of the most significant political periods in post-World War II Britain, I wanted to share some sense of just what is transpiring here and how it’s being seen by the media and the many people I’ve spoken with since arriving here a week ago. 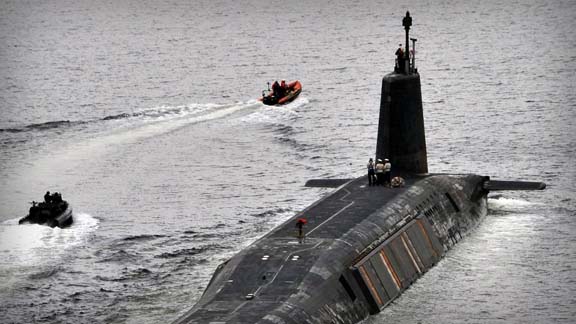 First, the new British Prime Minister, Theresa May, swept into office in a completely surprising turn of events that left the most accomplished political reporters and observers here gasping. In the last few hours she has virtually swept her government clean — with the interesting exception of Michael Fallon, the defense minister. The BBC is live in my room, and watching reporters in front of the Prime Minister’s residence at No. 10 Downing Street is a treat. Throughout the morning cars have pulled up, politicians have climbed out, refusing to answer shouted questions, and walked through the beautiful black door. Then they emerge smiling fairly soon after, declaring to the press their new jobs.

Michael Gove, a week ago considered a very serious candidate for May’s job, got canned in the last few hours. Boris Johnson, leader of the Brexit movement, former Mayor of London and the wild man of national British politics, went from forlorn figure who’d had a clear shot at No. 10 and lost it all to Foreign Secretary. While it’s not a post with quite the punch of the American Secretary of State, running the Foreign Office and representing Britain around the world is usually one of the top three or four jobs here. However, the London Times had a wonderful line this morning about how Johnson would probably spend much of his time in far-flung places, the farther the better.

But Johnson may be the key to understanding May’s political approach. Overwhelmingly, she has canned what the British press refers to as Notting Hill Tories, who are somewhat akin to the Republican Party’s neo-conservatives in terms of their having pushed out traditional party members. Notting Hill is a London neighborhood once dominated by Jamaicans and other immigrants but is now widely populated by trendy and wealthy Londoners.

May has placed prominent supporters of leaving the European Union, Brexiteers, in positions where they will have to actually implement the very painful nitty-gritty of ensuring Britain cuts its close ties to the EU. May, who wanted to Remain in the EU, has since becoming PM declared “Brexit means Brexit.” No one knows what that means yet, but she may well be trying to educate the Brexiteers in the great and subtle damage that departing from the European Union may well do the British economy and its international influence.

Instead of declaring her unbending and deep commitment to leaving the EU, May has focused the greater part of her rhetoric on what could almost be a Labour Party platform, one committed to redressing Britain’s impressive cultural and economic gaps.

She dedicated one line to Brexit in her first remarks as PM. Much of her speech was about how tough life can be for those who don’t come from a gilded background:

“That means fighting against the burning injustice that, if you’re born poor, you will die on average 9 years earlier than others.

“If you’re black, you’re treated more harshly by the criminal justice system than if you’re white.

“If you’re a white, working-class boy, you’re less likely than anybody else in Britain to go to university.

“If you’re at a state school, you’re less likely to reach the top professions than if you’re educated privately.

“If you’re a woman, you will earn less than a man. If you suffer from mental health problems, there’s not enough help to hand.

“If you’re young, you’ll find it harder than ever before to own your own home.” This from the newly elevated Prime Minister of the Conservative Party, which often looks to the US Republican Party for inspiration. Nary a word about cutting taxes or the horrors of government.

Instead, she said her government “will do everything we can to give you more control over your lives. When we take the big calls, we’ll think not of the powerful, but you. When we pass new laws, we’ll listen not to the mighty but to you. When it comes to taxes, we’ll prioritise not the wealthy, but you. When it comes to opportunity, we won’t entrench the advantages of the fortunate few. We will do everything we can to help anybody, whatever your background, to go as far as your talents will take you.

“We are living through an important moment in our country’s history. Following the referendum, we face a time of great national change.

“And I know, because we’re Great Britain, that we will rise to the challenge. As we leave the European Union, we will forge a bold new positive role for ourselves in the world, and we will make Britain a country that works not for a privileged few, but for every one of us.”

After all, complaining is easy. Building something is hard.