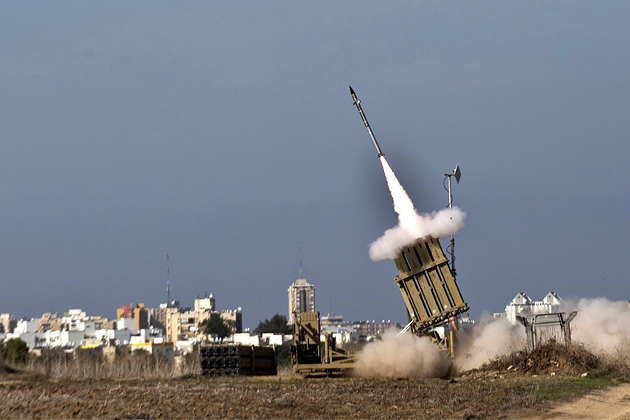 AUSA: The Army doesn’t want to buy any more Iron Dome air defense systems, but if it may have to buy more of the Israeli-made system if it can’t get its own program up and running by 2023.

The purchase of the Israeli system this summer was meant to fill a gap the Army has in defeating shorter-range missiles, but Congress imposed a 2023 deadline in the 2019 National Defense Authorization Act for the American service to develop its own system or it would have to buy more Iron Domes.

The purchase was made, “because we had nothing else out there,” Brig. Gen. Brian Gibson, Air and Missile Defense Cross Functional Team director told reporters today. “We needed some immediate capability above the tactical level.”

The Army rebooted its main air and missile defense program, the Indirect Fire Protection Capability to refocus on higher-end threats like cruise missiles and was left without coverage against the sort of shorter-range missiles such as those fired at Israel’s cities.

Gibson doesn’t want to make buying the Rafael-made Iron Dome a habit, and he’s making plans to use the system differently than Israel does. To do that, he plans to pull it apart and integrate it with his other air defense battle management systems.

Israel parks the mobile system at key locations to protect towns and cities from Hezbollah rockets, but Gibson made clear that the Army’s push to become leaner, and capable of packing up and moving on the fly will extend to the new system.

So, the US Army will buy Iron Dome if it has to, but it really doesn’t;t want to. “As a long-term enduring solution, absolutely not,” Gibson said of the Israeli capability. It “would be fundamentally wrong” to keep buying Iron Dome and would go against “everything we’re trying to achieve.”

He stressed that Iron Dome is great at what it does, but the Army wants a system to slot directly into the Integrated Air and Missile Defense Battle Command System (IBCS), the network backbone designed to work with every anti-aircraft, counter-drone and missile defense system in the future.

Northrop Grumman announced in May it had delivered the first “production-representative” command post for the IBCS, opening the door for test shots latter this year and the system’s crucial operational test in 2020.

Gibson is willing to look under the Iron Dome’s hood to see what he can keep, however. He said he wants to “see what we can harvest, componentize, and see if we can take a very credible weapons system at a component level and integrate it into our architecture without making significant changes.”