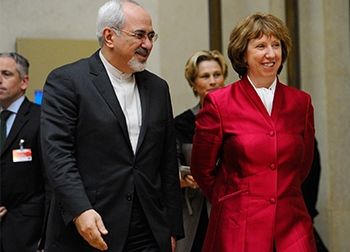 GENEVA: The Russian and American foreign ministers plan to join the Iranian and international negotiators as they hammer away at the hard, cold realities of the Iranian nuclear talks as the talks head into a fourth day.

The differences that remain between the six countries and Iran in hammering out a three-page agreement are the hardest ones to bridge.

Bridging the gaps, which is the diplomatic mantra here, is the key to success or failure in talks designed to win assurances that Iran will not develop nuclear weapons. Secretary of State John Kerry, known as the administration’s closer on difficult negotiations, was expected to arrive early Saturday morning in Geneva. Laurent Fabius, the French foreign minister, and Wang Yi, China’s foreign minister, are reported to be en route to Geneva. William Hague, The British foreign minister, and Guido Westerwelle, his German counterpart, decided late Friday to travel here. (Hague’s announcement came via Twitter.) They all will join Russian Foreign Minister Sergei Lavrov, who arrived Friday to join the talks. UPDATED Friday 5:45 pm

The object of negotiations at this point is a three-page document which — if signed — would become the first-step towards a final settlement. The document would create a six-month period during which Iran would continue its nuclear work but not be allowed to expand it.

This would leave room for comprehensive talks on how to rein in Iran’s nuclear program so that it would be guaranteed to be civilian and peaceful. The whole thing is to be wrapped up within a year.

While the immediate problem is the wording in the document, the remaining areas of debate are reportedly those which have torpedoed diplomacy for over a decade since Iran’s secret nuclear work was discovered: will Iran have the right to enrich; will it be allowed to build a reactor which could produce plutonium suitable for weapons; will Iran will put teeth into an expanded inspections regime by such items as enforcing an Additional Protocol that greatly increases the mandate of UN inspectors.

The right to enrich appears to be the key issue. Iran wants this explicitly recognized since it would legitimize the main part of its nuclear program, namely enriching uranium for civilian use. The wrinkle is that enrichment is a dual-use technology. The same uranium could be processed further for bomb use.

Iranian Foreign Minister Javad Zarif, who is his country’s nuclear negotiator, seemed to be making a major concession when he said earlier this week that it did not matter if this right were formally recognized as Iran has it anyway under the nuclear Non-Proliferation Treaty.

The United States disputes this, saying the right granted under the NPT is for the use of civilian nuclear energy, but only if a nation is in compliance with other NPT provisions, such as that it does not seek nuclear weapons. Iran is currently defying UN resolutions, which support the NPT, that call on it to suspend enrichment, allow for wider inspections and to answer questions the UN nuclear agency has about possible military dimensions of Iran’s nuclear work.

Zarif’s deputy foreign minister Abbas Araghchi, who is also negotiating here, took his concession back when he said Thursday that Iran must have its right to enrich formally recognized. This wiped the slate clean from Zarif’s seeming move to compromise. So enrichment remains a major issue. Hamid Baid Nejad, a senior official at the foreign ministry, said Friday that the earlier interpretations of what Zarif had said had been a “misunderstanding.”

Diplomats here claim that progress is being made, but the tone changed sharply Thursday with Araqhchi telling reporters at the end of the day: “So far, there is no progress.” He did not shut the door on the talks, saying time was needed for the six nations negotiating with Iran – Britain, China, France, Germany, Russia and the United States – to consult with their capitals ahead of negotiations resuming on Friday.

Zarif said today that, “Talks have gotten to the serious phase” in which new wording was being tried for the sticky points. “Three or four areas of difference remain, but two of them are stronger, There’s still hope. Progress depends on the amount of readiness of delegations to reach the agreement,” Zarif said, clearly alluding to the United States and its negotiating allies. He was speaking in Farsi to Iranian reporters.

European Union foreign policy representative Catherine Ashton was representing the six, as she did all day Thursday in marathon sessions with Zarif. Her spokesman Michael Mann said the talks were “intense, substantial and detailed.” In what is now a departure from the norm, there were no US-Iran bilaterals Thursday.

A European diplomat said that while there were fewer points of disagreement between the two sides, “the points which remain are the toughest,” adding that they could be worked out as progress was being made on fundamental issues.

Another source close to the talks said that, “what you hear publicly doesn’t have anything to do with what is going inside the negotiating room,” where the source said the atmosphere was collegial and polite.

Striking a deal after over a decade of fruitless diplomacy clearly depends on resolving the issues that remain, the tough ones that are the key to any solution.

Michael Adler, an expert on Iranian nuclear issues at the Woodrow Wilson International Center for Scholars, covered the issue extensively for five years while in Vienna, where he reported on the International Atomic Energy Agency.