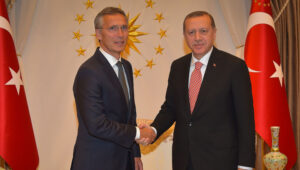 WASHINGTON: The US economic vice is beginning to tighten on Recep Tayyip Erdogan, president of Turkey, who has made it a mark of his presidency to test just how far he can stretch the bonds that knit his country to NATO and the United States.

The Pentagon announced today, as my Reuters’ colleague Mike Stone first reported, that the US has halted shipments of F-35 parts to Turkey, a partner in the Joint Strike Fighter program, because of Erdogan’s insistence he will buy Russia’s S-400 surface-to-air missile system. The S-400 is designed to threaten the world’s most advanced fighters, including the F-35.

“The United States has been clear that Turkey’s acquisition of the S-400 is unacceptable. Therefore, the DoD has initiated steps necessary to ensure prudent program planning and resiliency of the F-35 supply chain. Secondary sources of supply for Turkish-produced parts are now in development,” Acting Chief Pentagon Spokesman Charles Summers said in a statement.” Turkey is on record to buy 100 F-35As. 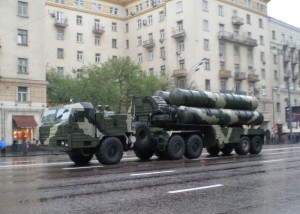 We’ve known for some time that the US was trying to develop alternate sources of parts for the F-35 parts that Turkey produces, but today’s announcement marks a significant increase in diplomatic, economic and military pressure on Erdogan.

Here’s a rundown from the Lockheed Martin F-35 website of Turkish industrial participation in the world’s biggest conventional weapon’s program.

What this announcement means is that all those companies stand to lose substantial business as the US and the entire F-35 program begin to look elsewhere for those parts and weapons. They do so at a time when the Turkish economy is beginning to sag, and Erdogan appears to have lost control of the capital, Ankara and several other major Turkish cities to the opposition. This may give NATO and the US more leverage, but Erdogan is a wily and persistent infighter.

“We very much regret the current situation facing our F-35 partnership with Turkey, and the DoD is taking prudent steps to protect the shared investments made in our critical technology,” Summer’s statement continues. “Our important dialogue on this matter will continue, however, until they forgo delivery of the S-400, the United States has suspended deliveries and activities associated with the stand-up of Turkey’s F-35 operational capability. Should Turkey procure the S-400, their continued participation in the F-35 program is at risk.”

The statement may be interpreted to mean that neither of the two F-35 jets slated for delivery to Turkey in June will occur without a change in Erdogan’s position. But it was not categorically stated so we’re not sure yet. Can a change in the $3.5 billion price for the sale of the Patriot missile system already offered to Turkey make the difference?