US Must Hustle On Hypersonics, EW, AI: VCJCS Selva & Work 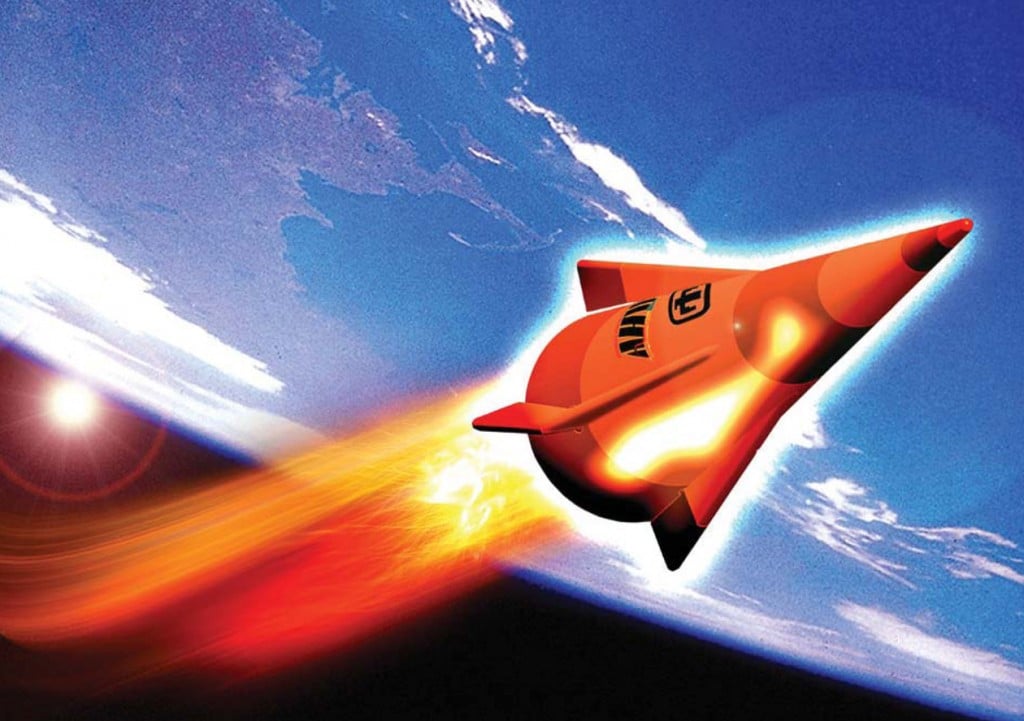 The US Army’s “Advanced Hypersonic Weapon.”

WASHINGTON: China is besting the United States in key military technologies like hypersonic missiles and electronic warfare, Gen. Paul Selva, vice-chairman of the Joint Chiefs said today. We can still catch up, he predicted.

What about Artificial Intelligence? That’s too close to call, said former deputy Defense Secretary Bob Work, so we’d better get a move on. Both men spoke at a CNAS conference on “Strategic Competition: Maintaining The Edge.”

“I actually regret talking about the Third Offset Strategy, in hindsight,” Work said, referring to the high-tech initiative he launched in the Obama Pentagon. “It made it sound like we had the advantage and we had the time to think about it and go through the motions…. I wish I would have said, ‘we need to start about upsetting the Chinese offset, which is coming uncomfortably close to achieving technological parity with the US.’

“At this point, I would think that the outcome is too close to call,” Work said. “It’s time for the US to crack the whip. (Let’s) hope it’s not too late.” 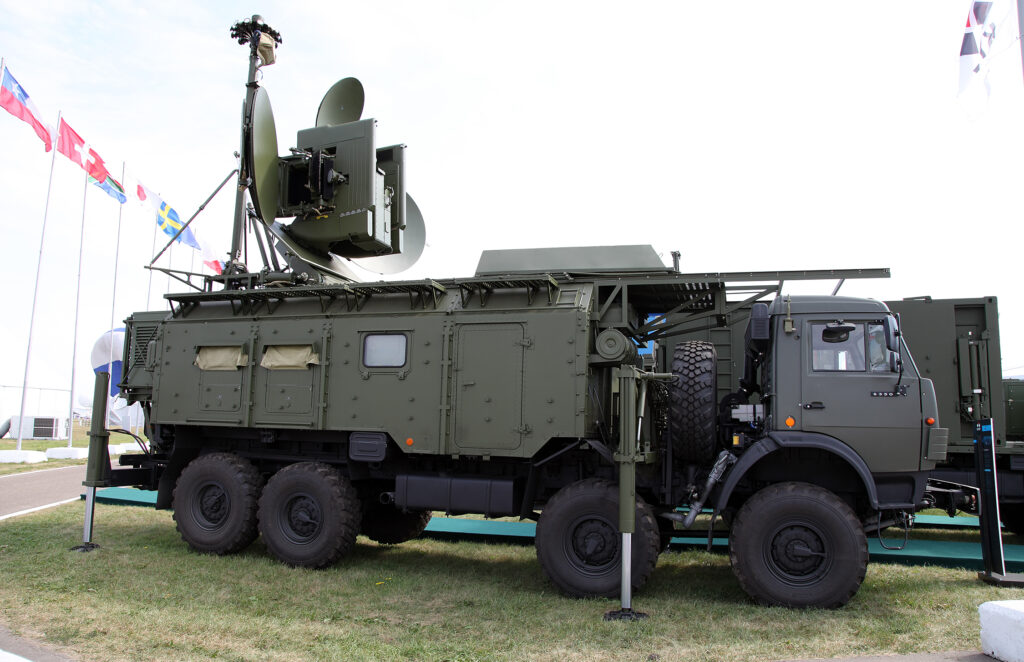 So what are some of these shortfalls? The most high-profile is hypersonics, weapons designed to move through the atmosphere at more than five times the speed of sound. Defense Undersecretary for R&D Mike Griffin has made hypersonics his top priority and has warned that China has conducted 20 times more tests than the US.

China has demonstrated some impressive technology, Gen. Selva said today, but the race is far from over. “They haven’t mass-deployed hypersonics or long-range ballistic missiles,” he said. “What they have done is proven the technologies, so they are able now to deploy those capabilities on a larger scale.

“We are behind in the demonstration of many of those technologies,” Selva admitted, elaborating on a statement he made in January, “but we also can take asymmetric approaches and catch up. We are way ahead in a lot of the sensor integration technologies” — essential for telling the hyper-fast weapons where to go — “and we have to maintain that edge.” 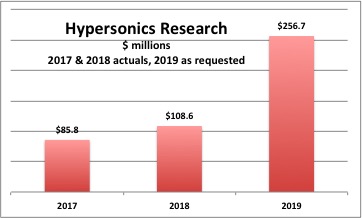 What about Electronic Warfare, I asked? Detecting, triangulating, and jamming enemy radio transmissions has long been a Russian strength and is increasingly a Chinese one, while the US disbanded many of its EW forces after the Cold War. Selva’s answer got into technical nuances I hadn’t heard before.

“We’re a step behind,” Selva said. “It’s not hard to catch up, but as soon as you catch up the fast followers will actually leap over the top of you — and that’s the dynamic that’s set up by having digital radio frequency management capability.”

“We assumed wrongly that encryption and our domination in the precision timing signals would allow us to evade the enemy in the electromagnetic spectrum,” Selva said. 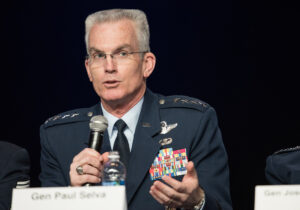 It turns that that timing is everything in EW as well as comedy. While GPS is now part of daily life, a much less well-known feature is that GPS requires incredibly precise timing — within about three-billionths of a second — which can be used for other purposes, such as coordinating different radios as they switch rapidly from one frequency to another to avoid enemy detection and jamming. But apparently that wasn’t enough to evade DRFM-based jamming, which can create a false timing signal that causes the entire network to fall out of synch.

“We took a path that they have now figured out,” Selva said. “The Chinese and the Russians took an alternative path, which was to employ digitally managed radio frequency manipulation, which changed the game in electronic warfare.

“We have done an in-depth study of where we are relative to the Chinese and Russians (across) the entire spectrum, and we’ve got some work to do,” Selva said. “We have to figure out alternative pathways for communications and command and control so it doesn’t have to be an RF (Radio Frequency) game…It’s an RF game because we chose to make it so.” He didn’t specify what the alternatives to radio communication were, but there’s been promising work using lasers to beam messages. (Breaking D readers will remember that we first reported the demise of America’s lead in spectrum four years ago.)

Securing our communications networks isn’t enough, Work told me afterwards, because every weapon system now has chips in it that can be hacked into. “We have focused on securing network communications, but our biggest vulnerabilities now, Sydney, are in the DoD Internet of Things — the way you can crack into the network through platforms (e.g. tanks, aircraft, ships) and through components on platforms,” Work said. “The Russians and the Chinese understand these vulnerabilities and really try to exploit them.”

So there are really three fronts in cyber/electronic warfare, and Work isn’t sanguine about any of them. “Dominating the electromagnetic spectrum, and securing the DoD Internet of Things, and securing networks, all of these three things, in my view, we’re well behind in,” he told me. The whole “Chinese theory of victory,” he said, is known (in translation) as “systems destruction warfare” because it focuses on electronically paralyzing command-and-control rather than physically destroying tanks, ships, and planes. 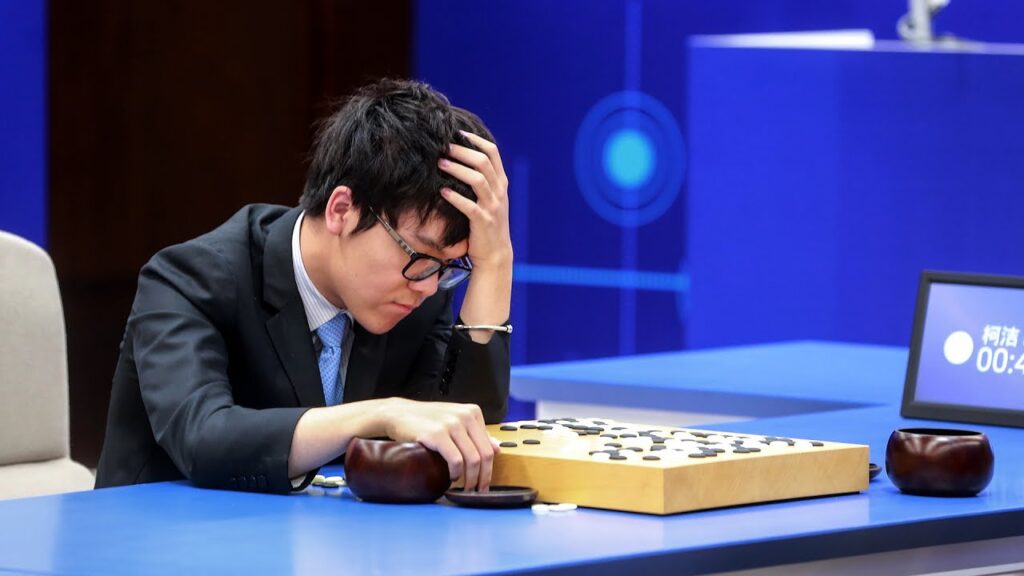 Now, artificial intelligence could potentially revolutionize electronic warfare. Computers can identify signals, trace them, and making jamming decisions much faster than human minds — a concept called “cognitive EW.” But that’s just one of the many military applications of AI, from advising human commanders to coordinating swarms of combat robots.

While Selva didn’t address Artificial Intelligence, Work did; it’s one of his passions and the central theme of the (now deprecated) Third Offset Strategy.

So who’s ahead in AI? Defense Innovation Advisory Board chairman Eric Schmidt, a former Google AI guru, told Work he had once thought the US was five years ahead of the Chinese, Work recounted. But after a recent trip to China, Work recounted, Schmidt changed his verdict: “If we have six months, we’re lucky.” Schmidt said last year that the US lacks a coherent strategy to counter the Chinese in this area.

The US has never been in a competition this intense, Work said. China has made AI an official national priority — something he thinks the White House should do here — and the Chinese have great coders. The Pentagon is now creating a Joint Artificial Intelligence Center, something Schmidt’s DIB proposed over a year ago, Work noted.

“We’ve got a lot of advantages and we can do very, very well in this race but don’t take anything for granted,” Work told me. Just as politicians are warned never to take victory for granted, neither should DoD. “It’s a political rule to always run like you’re losing, and that’s what we have to do in this area….The Chinese are very clever and very capable competitors, and they’re intent on surpassing us.”