UPDATED cruise speed data WASHINGTON: Bell says its V-280 Valor tiltrotor has met the Army’s requirement for low-speed, low-altitude agility, at least equaling the UH-60 Black Hawk it’s contending to replace. That’s the last major objective Bell set for itself in its test program, which is a year ahead of its archrival for the Future Long-Range Assault Aircraft contract, the Sikorsy-Boeing SB>1 Defiant.

Agility in particular is a critical criterion for an aircraft which must land troops quickly and precisely in tight quarters, even in high winds or under enemy fire, and swiftly zoom off again. Detractors of Bell’s trademark tiltrotor technology — such as Sikorsky — have argued that these wide-winged aircraft with their huge dual rotors sacrifice helicopter-style agility in the landing zone in their pursuit of airplane-like range and speed. While this test isn’t fine-grained enough to settle whether Bell’s V-280 is more or less maneuverable than the SB>1 Defiant, it does show that the tiltrotor at least meets the Army’s minimum standard, itself a high bar.

Now, the Army didn’t officially impose hard-and-fast requirements on the V-280 and the SB>1, since technically they’re only Joint Multi-Role Technology Demonstrator aircraft. But both companies are widely expected to get awards to build formal prototypes to build competitive prototypes of FLRAA, which does have a formal requirements document.

Since the V-280 flight test program began before the FLRAA requirement came out, however, what Bell’s been testing the aircraft against is actually the company’s own self-imposed objectives — not all of which are quite as rigorous as the Army’s final requirement turned out to be: 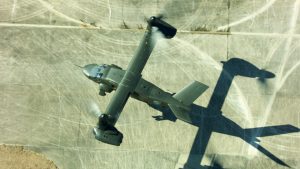 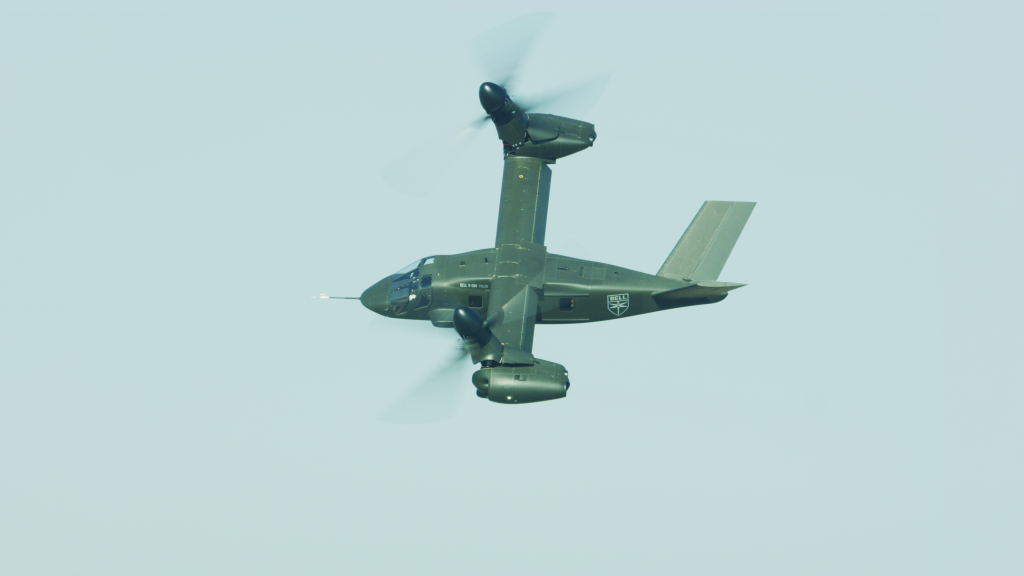 Agility here measures specifically the aircraft’s “ability to respond rapidly and precisely to pilot inputs at low speeds or ‘at the X,’ [i.e.] at the landing site,” Bell’s delighted program manager, Ryan Ehinger, told me in an interview. “The V-280 handles like a sports car.”

Bell’s chief engineer on the V-280 offered a somewhat more technical explanation of the Army standard. “ADS-33 Level 1 performance assesses both the responsiveness of the aircraft and the pilot’s workload in flying the aircraft,” Paul Wilson said in an email. “For the V-280 … the aircraft is designed with the control power required for Level 1 responsiveness. Reduced pilot workload is achieved through flight control augmentation taking advantage of the fly-by-wire system. The V-280’s Level 1 agility demonstrated in flight test is equal to or better than the UH-60.” 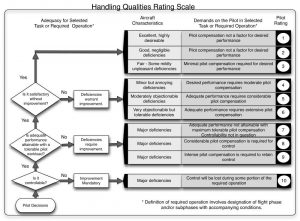 In layman’s terms, “Level One Handling Qualities” means the aircraft meets the Army’s official Aeronautical Design Standard  (ADS-33) for how well it responds to the pilot in fine-grained, low-altitude maneuvers: decelerating to a stationary hover, turning to a precise heading, maintaining a specific altitude and orientation, and so on. It’s assessed by having test pilots put the aircraft through the prescribed maneuvers and rate how hard they had to work to make the aircraft perform.

The ADS-33 standard was only made official in the late 1990s, originally for the cancelled Comanche program. It doesn’t apply retroactively to the Army’s existing aircraft, and it’s likely that only rotorcraft with the latest generation of digital flight controls, often called “fly by wire,” can ever achieve Level One. In fact, the only existing aircraft my sources could think of that met this standard was the CH-47F Chinook and its special operations variant, the MH-47G, which the Army has decided to stop buying.

But all Army aircraft will have to meet that standard going forward, including all contenders for the Future Long-Range Assault Aircraft. So this milestone doesn’t mean that the V-280 Valor is necessarily more (or less) agile than the SB>1 Defiant, since SB>1 — or rather the refined model Sikorsky and Boeing built for the FLRAA fly-off in a few years — will have to achieve Level One as well. 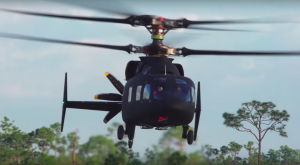 “Comparing the Defiant and Valor would require looking at 60-plus metrics to see which aircraft is better for which parameters, and then for someone to make a value judgment on which ones are most important,” Hirschberg explained. But these are demonstrators and not operational aircraft, so each will have different engines, weights, moments of inertia, etc. for the final product” — which means that detailed comparison will probably be somewhat different for the full-up FLRAA prototypes than it would be for the current JMR demo aircraft.

So the race to replace the Black Hawk is certainly far from over. Bell still has a lot of work to do to show it can meet all the Army’s requirements. But today’s announcement shows they’re much farther along than their competitors.