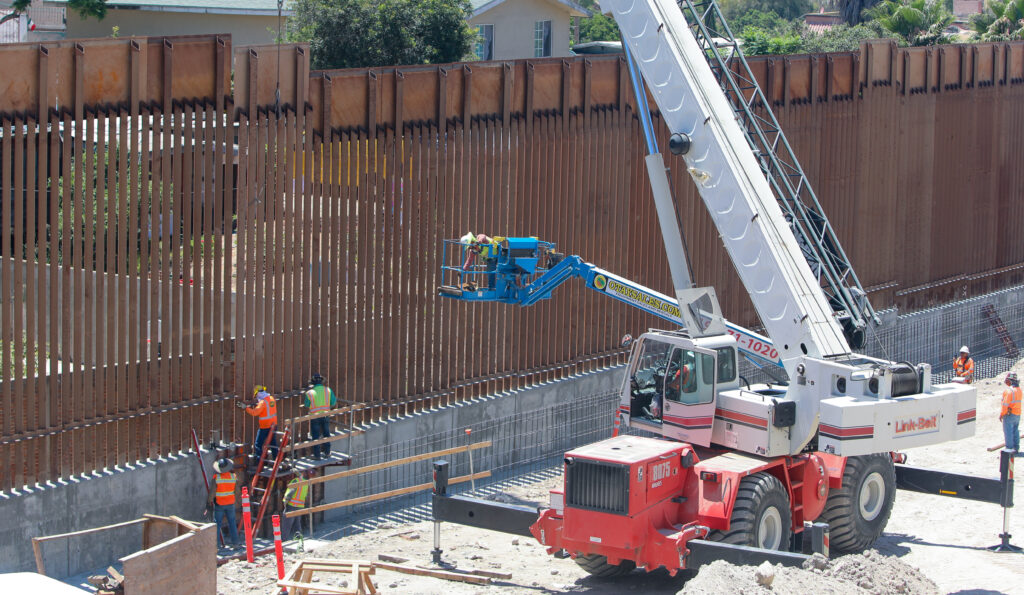 WASHINGTON: The House today passed a Continuing Resolution to fund the government through Nov. 21 if lawmakers can’t forge an agreement over using Pentagon funding for President Trump’s border wall. The vote tosses the ball to the Senate, which must also pass the measure to avoid a government shutdown on Oct. 1.

The sticking point remains the $6.1 billion pulled from the Pentagon’s budget to construct a wall along the US-Mexico border. Draining billions from military construction accounts is opposed by Democrats, while Republicans say make up the money in future budgets.

Minority Leader Chuck Schumer said today his party is “simply trying to stop Republicans from stealing the money from our military and putting it into the wall.”

The money being pulled from 127 different military construction accounts would come from budget lines as wide-ranging as repairs to a hurricane-ravaged Puerto Rico National Guard base to defunding new missile interceptor silios in Alaska.

Pentagon spokesman Jonathan Rath Hoffman today told reporters that $2.5 billion from Pentagon funds have already been obligated to wall projects. The remaining $3.6 billion should be obligated by the end of the month. “Our goal is that, by the end of next year, 125 miles of wall construction will be completed,” he added.

The latest budget drama kicked off late Wednesday when Senate Democrats blocked an appropriations package that includes $693 billion in defense spending for fiscal 2020, practically guaranteeing the need for a short-term budget fix to avoid a government shutdown.

“Rather than fund our national defense and support our troops, they want to play politics,” Senate Armed Services Committee Chairman Jim Inhofe said today before heading into a bipartisan conference meeting with House and Senate leaders to hash out compromises on the National Defense Authorization Act.

House Armed Services Committee Chairman Adam Smith, speaking after Inhofe, added that the House and Senate bills “are very similar, except for where they’re different and that’s what we’re going to get together and talk about.”

CHECKING A Senate staffer confirmed that the border wall remains the primary issue dividing the two sides. Disagreements between the two parties over nuclear weapons modernization and funding for military modernization programs are likely to be resolved in conference.

But Senate Majority Leader Mitch McConnell on Wednesday blasted Democrats: “In a world this dangerous, uncertain funding and continuing resolutions will not cut it for our national defense.”

If a CR becomes necessary, funding will be frozen at 2019 levels and no new programs can begin until a full-year budget is passed and is signed by the president.

“The hope is, if it’s kept within a few weeks, to a little longer than that, that it’s something we can manage and work through,” Hoffman said. “But once we start getting into months and quarters, the impact grows exponentially and it becomes more difficult to recover from those impacts.”

Budget expert Todd Harrison from the Center for Strategic and International Studies told me that a CR that lasts through late November “should have minimal effects on modernization programs. New programs cannot start under a CR and production rates can’t increase, but program managers know that,” and have learned not to schedule those starts until later in the fiscal year, by time budgets have usually passed.