What Congress Can Do To Trim Pentagon Overhead 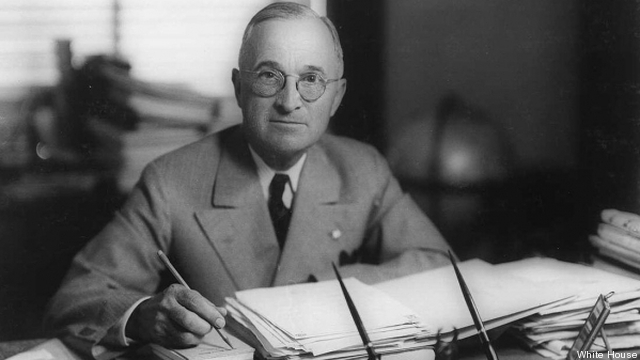 The Pentagon needs to trim its overhead, many senior officials and experts argue, because it sucks scarce resources away from military weapons and personnel. To understand the root cause of this problem, one must return to the fundamental national security legislation passed in the wake of World War II.

Before becoming president, Harry Truman chaired a Senate Select Committee charged with evaluating the US military’s performance during World War II. He and many of his colleagues were appalled at the waste and inefficiency of operating separate and uncoordinated military departments.

So they write and passed legislation, the National Security Act of 1947 (NSA) attempted to resolve those problems. Unfortunately, the NSA was, in the best Washington tradition, an inefficient compromise between two competing schools of thought. The unificationists, led by Truman, wanted the Army and the Navy to fall under a single department; the separatists, led by the Navy, demanded the services remain separate departments.

In order to achieve consensus between the two schools and still resolve the underlying problems, layers of bureaucracy were added to the existing military structure: the Office of the Secretary of Defense, a staff of a handful of civilians; the Joint Staff, limited to 100 military officers; and a third military department for air power.

From the start, a goal of the NSA was to make the military more efficient and effective. Congress amended it several times, each time giving more authority to the Secretary of Defense or the Chairman of the Joint Chiefs of Staff. Each revision provided justification to expand the top layers of defense bureaucracy. Meanwhile, the military departments still had to maintain staffs to manage their respective departments.

The author believes cutting overhead can only be accomplished through reducing the responsibilities and size of OSD and Joint Staff, allowing each to focus on national defense policy or military strategy and allow the military departments to fully manage and be accountable for their respective services.

After several military shortfalls in the 1970s, along with public outcry over wasteful Pentagon spending, the Chairman of the Joint Chiefs, Gen. David Jones, conceded that the US military was broken and it was beyond his ability to fix. His plea for help eventually led to the Goldwater-Nichols Defense Reorganization Act of 1986.

Goldwater-Nichols was another try at bringing the military services closer to unification, at least operationally. After 25 years, the effectiveness of this legislation is still open to question, but it is unquestionable that it significantly increased the size of the defense bureaucracy.

When Goldwater-Nichols was passed, 2.2 million Americans served on active duty in 20 army divisions, on 521 navy ships, and in over 2,700 fighters and other attack aircraft. Today, we field one-third fewer personnel, 50 percent fewer divisions and ships and almost 60 percent fewer aircraft. The number of military, civil servants and defense contractors? It, not surprisingly, has increased significantly since the passage of the act.

In 2001, the primary architect of Goldwater-Nichols, former Senate staffer James Locher, conducted an assessment to try and determine if the legislation was achieving its nine objectives. The most troubling finding: the generous grades of “D” for two objectives: improving defense management and administration; and providing for the more efficient use of defense resources.

Although no significant defense reform legislation has passed since 1986, several incremental bills have passed, aimed at reforming the weapon systems acquisition process, increasing the Joint Staff’s role in requirements and creating defense management offices. Unfortunately, each attempt simply added to the size of the DoD workforce.

Few senior officials or close observers of the Pentagon would disagree with these words by the former Undersecretary of Defense for Policy, Michelle Flournoy: “First [to reduce defense spending], eliminate unnecessary overhead in the Pentagon, defense agencies and headquarters staffs. Since 2001, these have grown like weeds. Over the past decade, the number of DoD civilians increased by more than 100,000, to roughly 778,000 in 2010, while the number of contractors also ballooned.”

As the war in Afghanistan draws down and taxpayer support for defense spending wanes, the policy window is now open to reform the Pentagon. Rather than taking the traditional approach of increasing staff size to fix problems, we’ve got try a new “reform through reduction” approach.

Congress must re-examine some fundamental issues to determine not only what is effective but what is affordable. If unification of the military is the ultimate goal, now is the opportune time to move incrementally in that direction. However, if 60 years of attempting to do something short of unifying the military has proven the underlying premise is flawed or simply not worth the cost, now is the time to reverse course. This can only be accomplished through reducing the responsibilities and size of OSD and Joint Staff, allowing each to focus on national defense policy or military strategy and allow the military departments to fully manage and be accountable for their respective services.

No doubt if Harry Truman were alive today, he would be even more appalled at the inefficiency he and his colleagues have helped to create.

Robert Kozloski is a program analyst for the Department of the Navy. The views expressed here are his and do not represent the views of the Departments of Navy or Defense.