It’s fair to say that John Lehman is the most influential Navy Secretary of the last half century. Under President Ronald Reagan, Lehman “had an almost revolutionary impact on the Navy,” according to naval expert Norm Polmar. Lehman drove hard and pushed to build what has become known as the 600-ship Navy. Lehman knows how a strategy can help force change. He and Rep. Randy Forbes, a vigorous naval advocate who chairs the House Armed Services seapower subcommittee, argue that the new Maritime Strategy, due for a Friday release, must offer a “clear roadmap” to “rebuild our sea services.” Read on. The Editor.

After years of ill-considered budget cuts and a focus on large-scale land wars, the U.S. Navy had entered a period of qualitative and quantitative decline, diminished readiness, and a lack of confidence in its own mission and capabilities.

Foreign adversaries seemed ascendant, including a radical theocracy in Iran and an expansionist Russia. Many American political leaders seemed resigned to a significantly reduced global role, and the Navy showed signs of abandoning its historic inclination toward an aggressive, offensive-minded spirit.

We refer not to the present day but rather to the late 1970s and early 1980s. Then, as now, the U.S. Navy faced a deteriorating international security environment, an aging and shrinking fleet, and an administration woefully inadequate to the tasks before it. Ronald Reagan’s ascension to the presidency and determination to reverse the country’s military decline required a new strategy for the Navy.

The 1982 Maritime Strategy offered a unique opportunity to translate Reagan’s vision for resurgent American power and restored national defense into an actionable plan for the Navy and Marines. It refocused the Navy on its offensive mission — to take the fight directly to the Soviet Union rather than to consign itself to simply transporting troops to the fight, as many even in the Navy’s leadership seemed resigned to do.

The document not only helped remind the service of its fighting spirit, but also sent a powerful signal to friend and foe alike that the service remained a force to be reckoned with. The 1982 Strategy would remain the essential blueprint for our Navy through the collapse of Communism and victory in the Cold War. 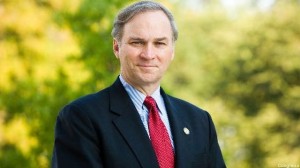 The release Friday of a new Maritime Strategy offers a similar opportunity to set a clear roadmap for our Navy, Marines and Coast Guard, one that will outlast the current administration and provide the intellectual firepower required to rebuild our sea services for the challenges ahead. To be successful, the new Maritime Strategy must contain four key elements.

Signaling. A key element of the 1982 Strategy was signaling America’s renewed commitment to robust naval power to both our adversaries and allies. The new Maritime Strategy must follow a similar path, clearly conveying to states like Russia, Iran and China our determination to maintain sufficient capacity to ensure access to the global sea-lanes, freedom of navigation, and a stable balance in key regions of the globe. As important, the document should offer allies and potential partners and unambiguous statement of U.S. support in the face of revisionist powers seeking to upend the peaceful, U.S.-backed order of the previous 70 years.

It must also include an expectation that the United States will continue to rely heavily on our allies and partners to provide significant naval contributions, both to regional challenges like Iran and China but also to global efforts like anti-piracy and humanitarian assistance and disaster relief.

Budget Coherence. The new strategy must provide high-level thinking to inform the Sea Service’s annual budget proposals, which too often appear to be accounting exercises as much as realistic statements of military requirements. The new Maritime Strategy can lend coherence to the coming years’ budget proposals by clearly stating the nation’s expectations of the Navy-Marine Corps Team. For example, a candid statement of the challenge posed by Anti-Access/Area-Denial (A2/AD) systems can offer important legitimacy for existing and emerging countermeasures and strengthen the hand of those programs’ advocates inside the bureaucracy. A forward-looking approach toward something like unmanned carrier-launched strike assets would similarly assist the services, and Congress, in budget debates that could use a dose of strategic foresight and long-term thinking.

Implementation. The 1982 Strategy was unique in that it was not simply words. Rather, it offered specific guidance that could be easily operationalized and implemented far down the chain of command. Of course, the earlier strategy had important differences from today — for one, the 1982 version was classified, with an unclassified annex intended for public consumption, while today’s will be entirely public.

Nevertheless, the new strategy must convey to our sailors, Marines and Coast Guardsmen a series of specific guidances that can relate to their operational-level challenges and even be incorporated broadly into advanced training programs like Top Gun. Reiterating the service’s commitment to core competencies like amphibious assaults, anti-submarine warfare and mine warfare, along with a discussion of the challenges and opportunities in those warfare areas, will provide the intellectual foundation our operator’s need to actually execute the missions of the future.

Holistic. Most importantly, the new Maritime Strategy must include all aspects of American naval power to be successful. The 1982 Strategy spoke not only to the role of the traditional sea services: It considered the role of the Air Force’s maritime aircraft and even attempted to account for the Army’s role in any future maritime conflict.

Success in future conflicts will be even more dependent on integrating the strengths of all our military services, from the Air Force’s long-range strike capabilities to the Army’s possible entrance into counter-A2/AD missions with a return to land-based anti-ship missions. The new strategy must reflect this reality and think holistically about the future face of warfare, where domains cannot be easily divided by military service and challenges like cyber-warfare and counter-space operations defy easy bureaucratic organization.

Our maritime services have a unique opportunity to accomplish something far too rare in today’s Washington: to create a lasting document that fully conveys American strategy and purpose to a world that has often been confused by recent U.S. strategic incoherence. The 1982 Maritime Strategy can serve as a useful example of a strategy document that made a significant contribution to the real-world success of U.S. national security policy. While much has changed in the three decades since that strategy was released, the need for a forcefully stated and clearly expressed U.S.  maritime strategy is timeless.