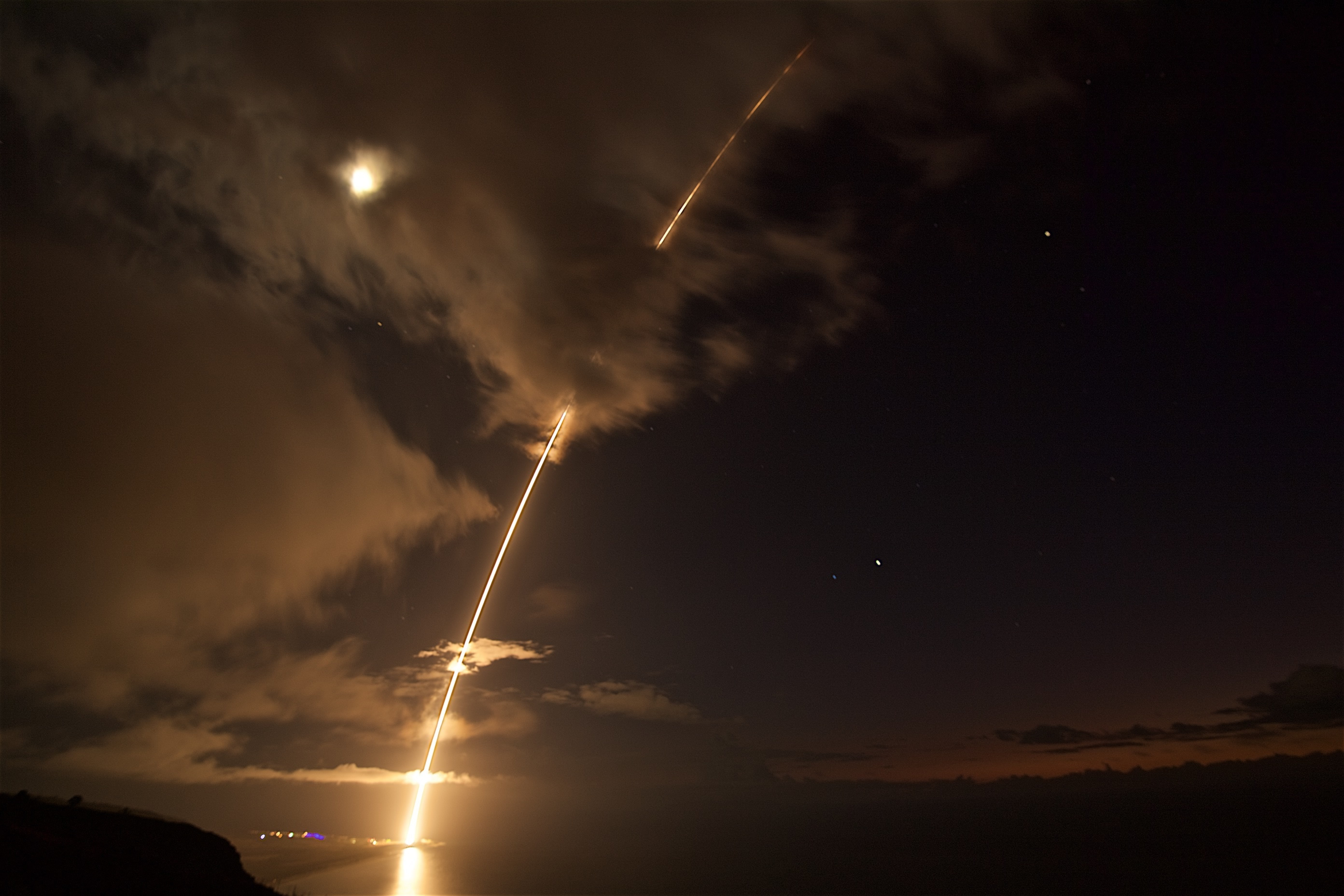 WASHINGTON: The Pentagon is studying options for putting lasers, directed energy weapons, and missile defense systems into space to protect against an array of increasingly advanced ballistic and cruise missiles being developed by China, Russia, and North Korea, a senior Trump administration official said Wednesday.

President Trump is set to announce the results of a sweeping review of the nation’s missile defenses on land, sea, air and space during a rare visit to the Pentagon Thursday afternoon, officially kicking off plans for the military to begin weaponizing space.

“Space is a very important point of emphasis for the president and vice president,” the official told reporters Wednesday. “It’s something we want to invest in and is very important in going beyond the current capabilities we have…space is important to the next step of missile defense.”

The release of the Missile Defense Review, which has been expected for over a year only to be delayed time and again for reasons military and civilian officials couldn’t or wouldn’t explain, will join the nascent Space Force as part of a White House-directed push for the Pentagon to begin making larger investments in space.

The threats emanating from China and Russia are too numerous, and too advanced, to be dealt with by using existing ground radars, Pentagon officials have argued since the start of the Trump administration. “Unless you wallpaper the earth with radars, you can’t do it from the ground or ocean,” Michael Griffin, undersecretary of defense for research and engineering, said last year. “You just need a lot of radars. They’re very expensive and they themselves become targets….It’s just not workable. The only real way to see these things coming is from space.”

Detecting missiles from space is one thing. Shooting them down is another. Griffin has been bullish on the feasibility of developing and deploying directed energy weapons, saying it should take “no more than a few years” to get directed energy weapons and lasers into the hands of troops in the field. But those weapons will take longer to be deployed into space. “We need to be in the megawatt class” for space-based missile defense, Griffin said. The most powerful solid-state lasers now in testing are in the 100-plus kilowatt range. The last attempt at one-megawatt missile defense weapon was the Airborne Laser.

Any move to putting defenses in space would be a welcome change for the Navy, which has long bristled at having to perform the missile defense mission from a handful of ships, tying up tens of billions of dollars worth of advanced weapons systems and thousands of sailors reduced to sailing in circles in in the Western Pacific and Mediterranean, watching for signs of North Korean or Iranian launches.

The review will also address the debate over adding a third ballistic missile interceptor location in the United States, in addition to the sites currently in California and Alaska.

One thing the review doesn’t appear to do is make final determinations over space-based interceptors or directed energy weapons, the administration official added. The document will “call for further study for both of those concepts but does not direct the fielding of anything specific. We’re going to study the feasibility and cost effectiveness” of all ground and space-based options, they said.

The Missile Defense Review was originally completed in 2017, but when undersecretary of defense for policy John Rood took over in January he called for extensive changes to tackle the issue more aggressively. President Trump and Secretary of State Mike Pompeo’s rounds of talks with North Korea also appear to kept to study under wraps during critical moments of the negotiations.

Critics have charged at any effort to put lasers and directed energy weapons into space — even if they are defensive — would set off a space arms race that China and Russia are poised to compete in.

Chinese air force Col. Wang Zhonghua told a news conference in November his service is spending more on building space capabilities, and “spares no efforts in handling all threats, and is gearing up to extend its reach beyond the clouds and into space.”

Rood has dismissed the idea of a space race, saying that putting more sensors in space is not “a provocative act,” since their purpose is “to observe the missile flights of missiles that are potentially threatening to the United States. I don’t think having a sensor capability is a sea change for the United States,” he said.