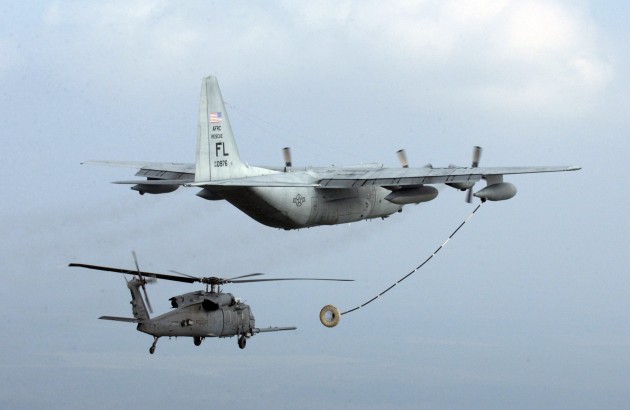 WASHINGTON: The Defense Department is the largest single consumer of energy in the United States. It consumes 1 percent of America’s massive demand, burning billions of gallons of fuel a year. Indeed, as Navy Secretary Ray Mabus said in a recent speech, DoD is “the largest single consumer of fossil fuels on the face of the earth.”  And just getting that fuel to forward operating bases in Afghanistan means troops risks their lives daily in fuel convoys. So making the armed forces more energy-efficient is important for tactical, ecological, and budgetary reasons.

The problem is that it costs money now to save money later. Congressional Republicans have been particularly skeptical of Mabus’s ambitions for a “Great Green Fleet” of ships and jets (our favorite is the “Green Hornet,” as the biofuel version of the F-18 is known) that run on biofuels. Add to that skepticism the fact that the mandatory cuts known as sequestration are cramping DoD energy investments across the board. As our colleagues at BreakingEnergy reported this morning:

The Defense Department had previously considered large outlays for energy as a necessary evil. “Our view was, when we were at war, we would bear those costs,” [Deputy Assistant Secretary for Strategy Daniel] Chiu said. “But we’ve realized that that’s not a sustainable approach from a budgeting or a planning perspective.”….

[Click here to read the full article at BreakingEnergy.]

Pentagon energy programs usually make the news when Republicans in Congress go after Navy Secretary Mabus. It’s a classic conflict between oil-loving conservatives and granola Democrats. Texas Rep. Mike Conaway alone offered three energy-related amendments in a row at Wednesday’s House Armed Services Committee markup of the National Defense Authorization Act for fiscal year 2014. One would ban DoD from buying biofuels until their cost came down to levels competitive with fossil fuels, the second would stop DoD from investing in biofuel refineries (scuttling a project already underway), and the third would lift restrictions on DoD buying unconventional fossil fuels such as coal-to-liquids and oil sands products. All three passed the GOP-controlled committee on voice votes with only pro forma Democratic opposition.

“We have this debate every year, and — in this committee — we always lose,” said HASC’s top Democrat, Washington Rep. Adam Smith, with one eye already on conference with the Democratic-controlled Senate Armed Services Committee, where such GOP initiatives often go down. (The Dems are hoping to kill a Republican-passed provision on religious expression in the military in conference as well).

This is not a problem between Republicans and the Department of Defense in general, noted Rep. Randy Forbes, the Virginian Republican who chairs the HASC’s subcommittee on Seapower and Projection Forces: It’s a problem specifically with the Navy. Indeed, it’s really an issue between Republicans and Mabus, since the Navy as a whole has very little interest in biofuels: Their idea of alternative energy is nuclear-powered aircraft carriers and submarines.

Alternative energy is a lot harder with jet aircraft, and Mabus’s “Green Hornet” — a Navy F/A-18E/F flying on a 50/50 mix of petroleum and biofuels — has come in for Republican ridicule. By contrast, argued Rep. Forbes, “the Air Force has taken a totally different strategy” from the Navy and invested in energy research and development rather than moving prematurely to operating units on alternative fuels.

The Air Force is also looking into multi-year contracts to purchase fuel at a fixed price, as commercial airlines already do, instead of the current pay-as-you-go approach that leaves the military acutely vulnerable to market fluctuations. Congress historically distrusts multi-year contracts, since they commit the government for longer than the annual budget cycle, but “the way you really get costs down… is multi-year buys,” Forbes said. “The Air Force has the right strategy.”

Indeed, outside the sterile stalemate over Navy biofuels, most military energy efforts are actually non-controversial. There are conformal batteries that troops can wear; portable solar panels to recharge batteries for radios, night vision sights, and other gear on long patrols; and stationary solar arrays to replace gas-guzzling generators at fixed bases in Afghanistan. One of the competitors for the Army’s controversial Ground Combat Vehicle program, BAE Systems, is even proposing a hybrid-electric tank.

The GCV program, however, has already been cut back for budget reasons, while the wartime supplemental money that paid for many of the initiatives in Afghanistan is going away. (The technical term is Overseas Contingency Operations funding, or OCO). With sequestration on top of these pre-existing trends, the military may have to sacrifice all sorts of investments that would pay back with major savings in the long term.