B-1 plays key role in US, Japan bomber-fighter integration operations 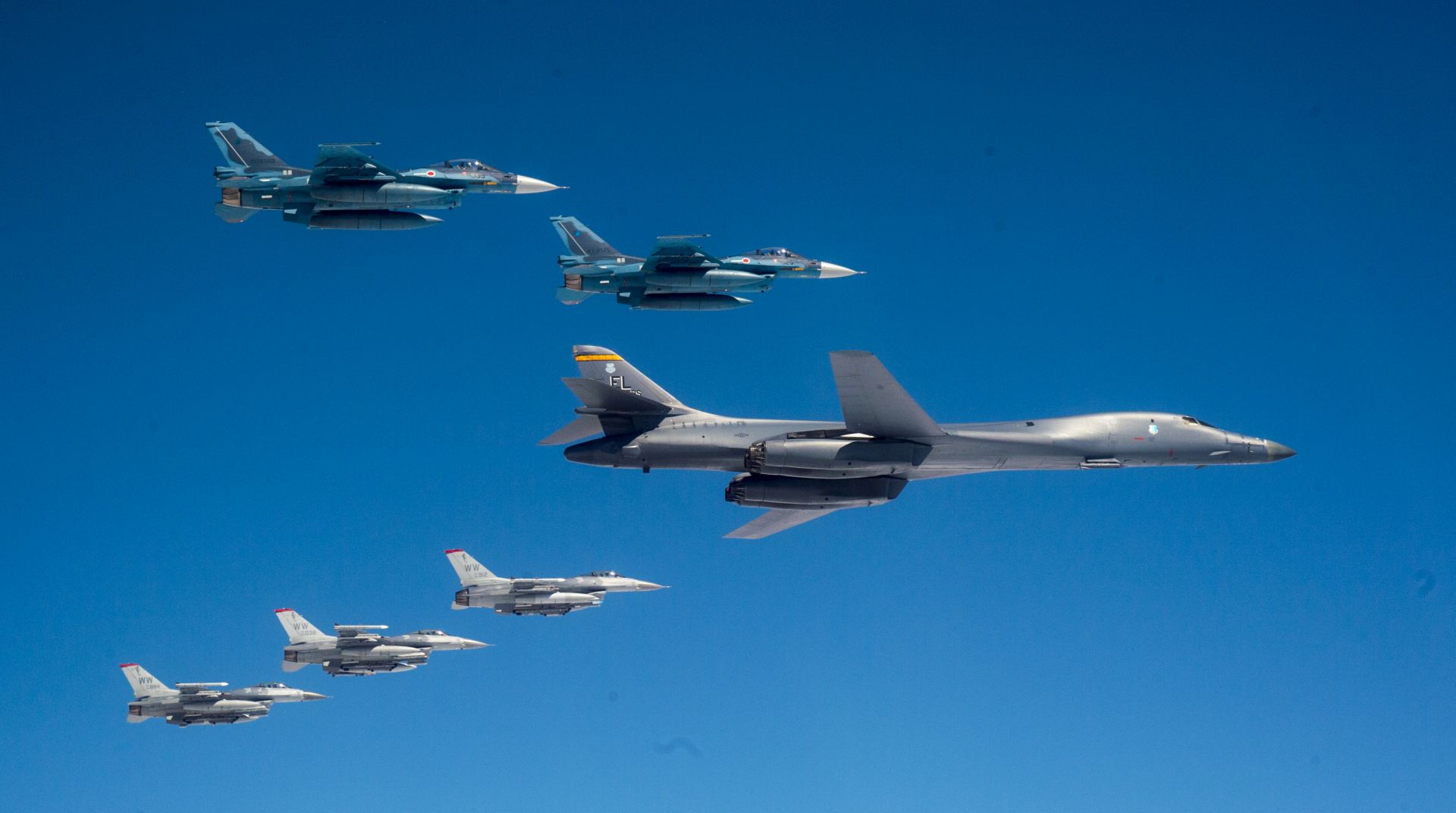 ELLSWORTH AIR FORCE BASE: In a demonstration of the U.S. Air Force’s dynamic force employment model, a B-1B Lancer assigned to the 37th Bomb Squadron launched from Ellsworth Air Force Base and integrated with the Japan Air Self Defense Force to conduct bilateral and theater familiarization training near Japan, April 22.

The B-1 aircrew flew the nearly 29-hour, round-trip sortie to the Indo-Pacific and teamed up with six U.S. Air Force F-16 Fighting Falcons, seven JASDF F-2s and eight JASDF F-15s over the Draughon Range as part of a joint U.S. Indo-Pacific Command and U.S. Strategic Command Bomber Task Force mission before returning home.

“This was a higher-headquarters directed operational mission to assure our allies, and deter adversaries while demonstrating the dynamic force employment model,” said Lt. Col. Lincoln Coleman, 37th BS commander. “This was a total team effort involving every group on base that provided us with the opportunity to integrate with multiple air operations centers in different areas of responsibility.”

In line with the National Defense Strategy’s objectives of strategic predictability and operational unpredictability, the Air Force transitioned its force-employment model to enable strategic bombers to operate within the Indo-Pacific region from a broader array of overseas and continental United States locations with greater operational resilience.

“The rapid employment of airpower directly supports the National Defense Strategy and assures we can provide overwhelming force anywhere, anytime in support of American interests or our Allies and partners,” said Gen. Timothy Ray, Air Force Global Strike Command and Air Forces-Strategic commander. “This mission is a demonstration to our friends throughout the region: we will continue to remain fully predictable in our commitment to ensuring peace, while also demonstrating that we have the ability to operate from numerous locations across the globe, even during the global pandemic.”

Coleman added that missions like this clearly demonstrate the capability of the B-1 and its aircrews.

“In order to execute AFGSC’s mission, we must be familiar with how our allies and mission partners operate around the globe,” Coleman said. “This requires us to continually execute joint and combined operations around the world. This mission provided a unique opportunity for our aircrew to interact with our allies in an operational environment, improve interoperability and reinforce our partnership.”

The last time the B-1 was in the INDOPACOM area of responsibility was January 2018, when the airframe and crews completed a six-month Continuous Bomber Presence mission at Andersen Air Force Base, Guam. During that time, the 9th Expeditionary Bomb Squadron from Dyess Air Force Base, Texas, conducted a number of sequenced bilateral missions with the South Korean air force and the JASDF.

B-1s assigned to Ellsworth AFB also conducted a Bomber Task Force mission in the U.S. Central Command area of responsibility in October 2019, demonstrating its ability to provide lethal precision global strike options for combatant commanders. The B-1s returned home after a mission that reached across the globe from South Dakota to Saudi Arabia.