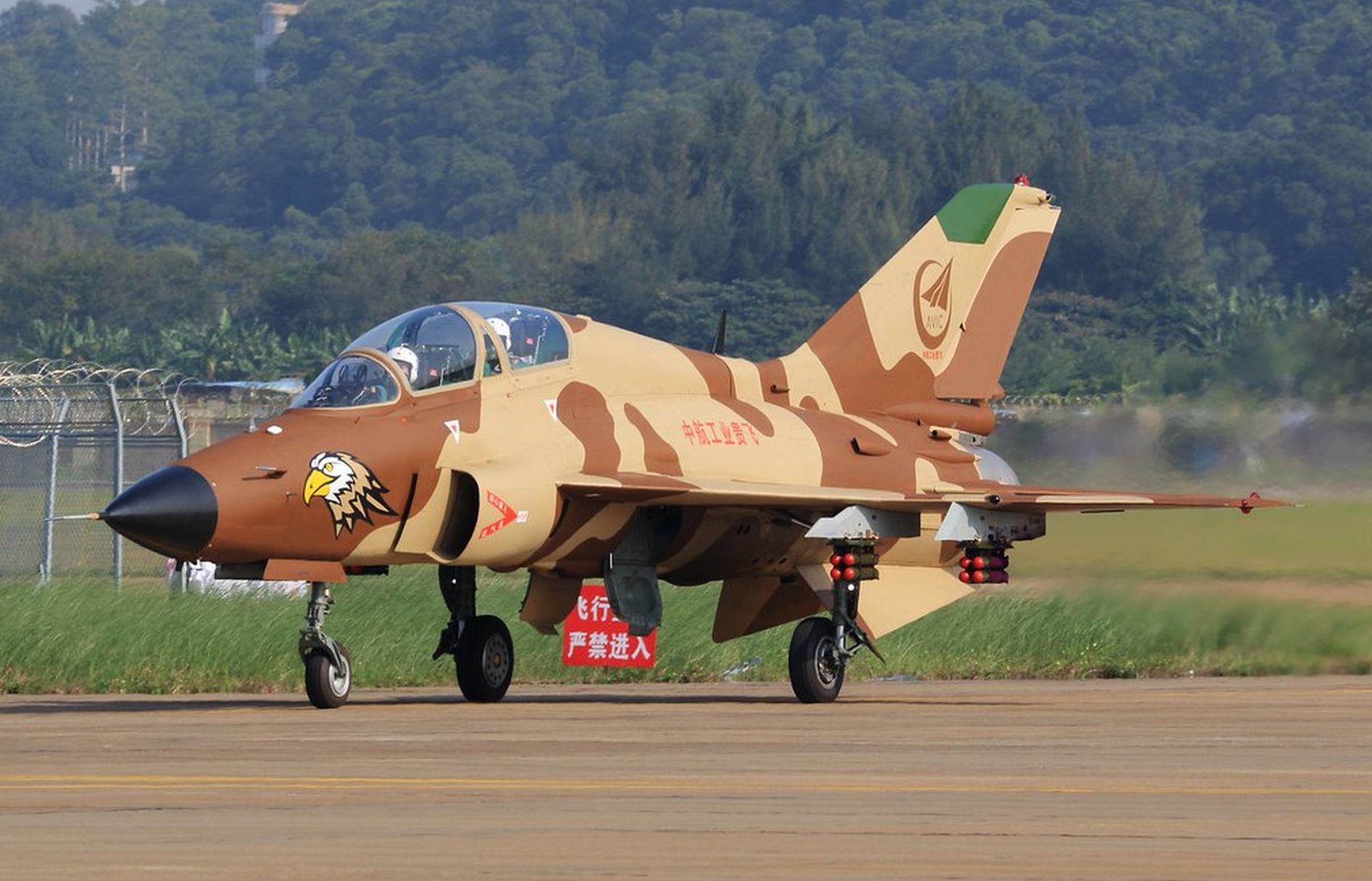 Multiple promotional materials released by JL-9’s developer, Guizhou Aviation Industry Corporation under the state-owned Aviation Industry Corporation of China (AVIC), involved the JL-9 and an aircraft carrier operating together in edited pictures, leading to speculation that the JL-9 could eventually be modified into a carrier-based jet trainer, reported Weihutang, a column on military affairs affiliated with China Central Television, on Tuesday.

The report came after the Guizhou company released a statement on Monday, saying it is determined to “win a new victory in developing and producing the naval version of the Mountain Eagle.”

Having been already delivered to the Chinese Navy, the naval version of the JL-9 is now training aircraft carrier jet pilots on land-based airfields, but China still does not have an aircraft carrier-based trainer aircraft that can take off and land on an actual carrier, Weihutang reported.

With China’s second aircraft carrier, the Shandong, joining Chinese naval service in December 2019, China needs to train more pilots more efficiently, and a trainer aircraft that can operate on a carrier rather than a simulated airfield can contribute a great deal to this aim, analysts said.

Having the JL-9 fly on a carrier might require major modifications in aspects including the airframe structure and engine, Weihutang said.

A powerful competitor to the single-engined JL-9 Mountain Eagle is the twin-engined JL-10 Falcon, which has a more advanced avionics system and better aerodynamic performance, the report said. But the JL-10 advanced trainer jet, developed by AVIC Hongdu Aviation Industry Group, is more expensive, analysts said.

The JL-10, although not yet modified for aircraft carrier operations, is also in active service, according to publicly available reports.