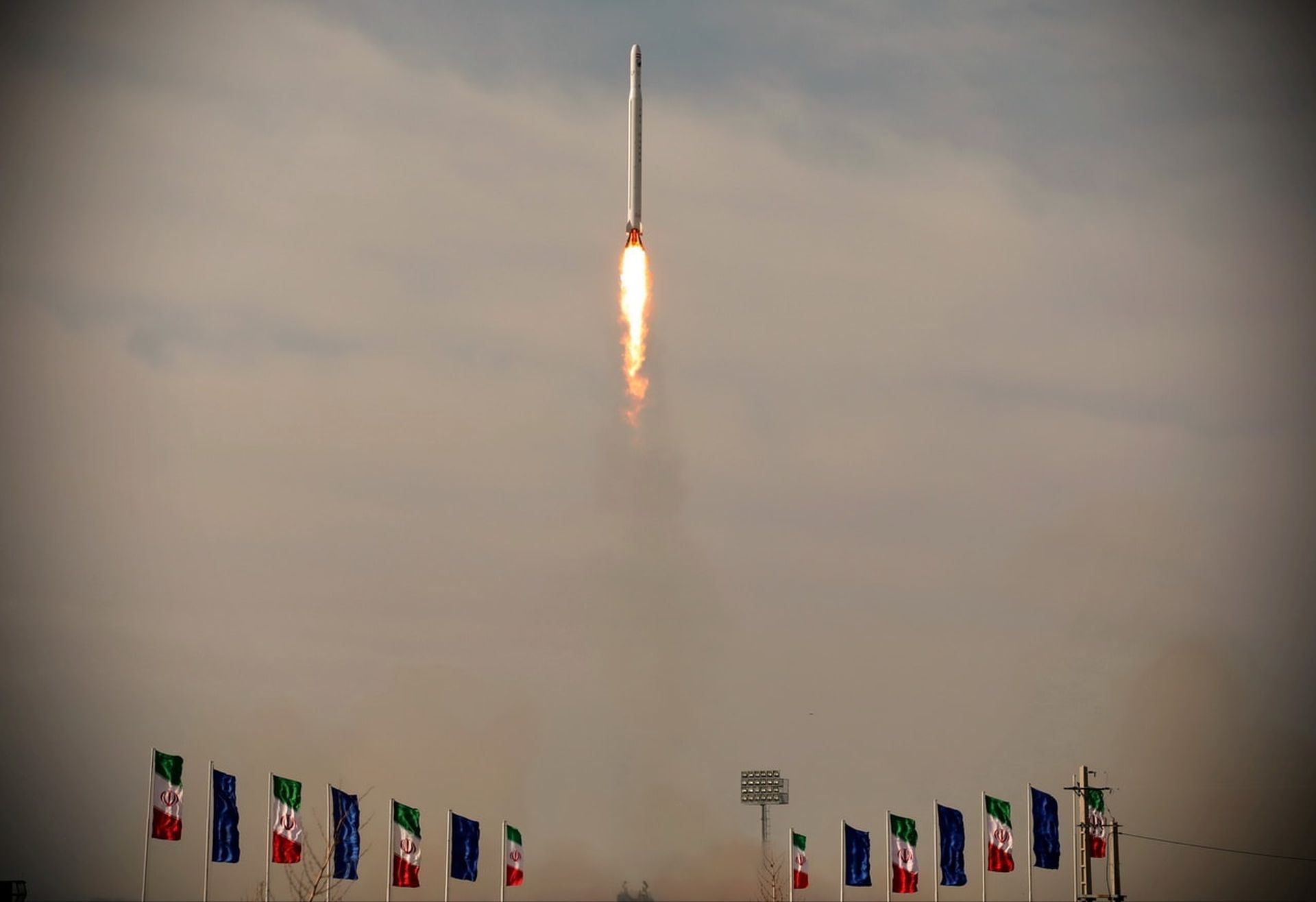 Iran’s Revolutionary Guards announced they had successfully launched the country’s first military satellite on Wednesday, at a time of fresh tensions with US forces in the Gulf.

The United States alleges Iran’s satellite program is a cover for its development of missiles, while the Islamic republic has previously insisted its aerospace activities comply with its international obligations.

Tensions between the arch foes escalated last week with the US Department of Defense accusing Iranian vessels of harassing its ships in the Gulf.

“The first satellite of the Islamic Republic of Iran has been successfully launched into orbit by the Islamic Revolutionary Guard Corps,” said the Guards’ Sepahnews website.

It said the satellite — dubbed the Nour — had been launched from the Qassed two-stage launcher from the Markazi desert, a vast expanse in Iran’s central plateau.

The satellite “orbited the earth at 425 kilometers (264 miles),” said the website.

“This action will be a great success and a new development in the field of space for Islamic Iran,” it added.

The operation comes more than two months after Iran launched but failed to put into orbit another satellite that it said had no military purpose.

Acrimony
The attempted launch on February 9 of the Zafar — “Victory” in Persian — came days before the 41st anniversary of the Islamic Revolution.

Arch enemies Iran and the United States have appeared to be on the brink of an all-out confrontation twice in the past year.

Long-standing acrimony between Tehran and Washington was exacerbated in 2018 when US President Donald Trump unilaterally withdrew from a deal that froze Iran’s nuclear program, before issuing new demands that Tehran curtail its development of ballistic missiles.

Tensions have escalated since the US killed Major General Qasem Soleimani, head of the Guards’ foreign operations arm, the Quds Force, in a drone strike in January.

Washington has also raised concerns in the past about Tehran’s satellite program, saying the launch of a carrier rocket in January 2019 amounted to a violation of limits on its ballistic missiles.

Iran maintains it has no intention of acquiring nuclear weapons, and says its aerospace activities are peaceful and comply with a UN Security Council resolution.

The Islamic republic, whose novel coronavirus outbreak is one of the world’s deadliest, accuses the US of “economic terrorism” over the sanctions.

It says the punitive measures have denied it access to the medicines and medical equipment it needs to fight the virus that causes the COVID-19 disease.

Iran says the virus has claimed the lives of nearly 5,300 people and infected almost 85,000 since the outbreak emerged on February 19.

The number of Iranians killed and sickened by the virus is widely thought to be much higher, however.