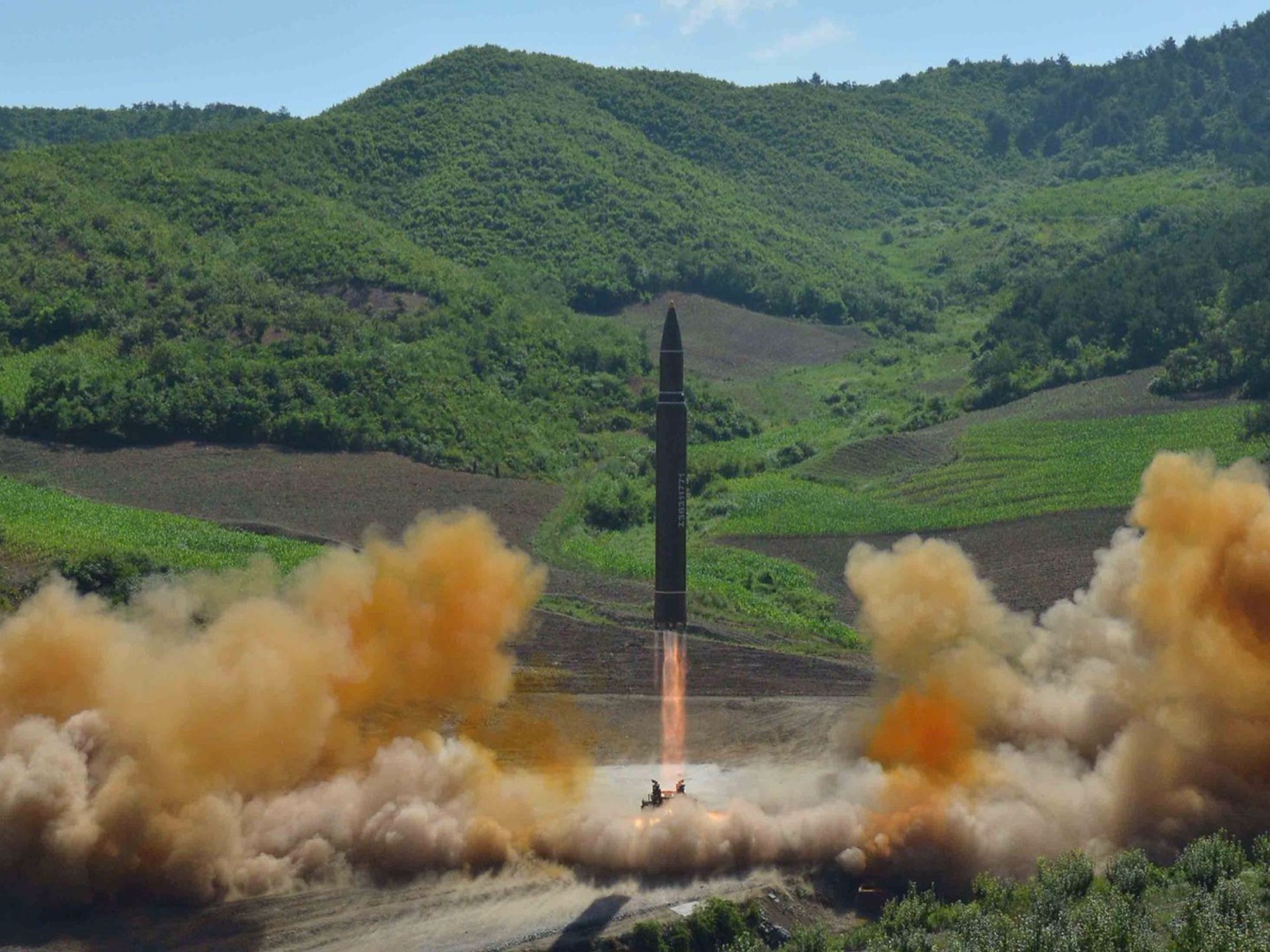 North Korea fired what appeared to be two short-range ballistic missiles off its east coast on Saturday, the latest in a series of such launches by Pyongyang as the world struggles with the coronavirus pandemic.

The South Korean military condemned the launches as “extremely inappropriate given the difficult situation the world is experiencing due to COVID-19… We urge them to stop immediately.”

North Korea has not reported any cases of the coronavirus, which has turned into a major crisis with more than 11,000 deaths and over 250,000 infections worldwide.

There has been widespread speculation, however, that the virus has reached the isolated nation, and health experts have warned that it could devastate the country given its weak medical infrastructure and widespread malnutrition.

For decades, North Korea’s leadership has faced international criticism for prioritizing spending on its military and nuclear weapons program instead of providing for the population — even during times of famine.

Pyongyang considers its military development necessary for security in the face of what it describes as American aggression. North Korea is under multiple sets of punishing sanctions over its nuclear and missile programs.

Hopes for a thaw after meetings between North Korean leader Kim Jong Un and US President Donald Trump were dented as they failed to produce any substantial progress on denuclearising the Korean peninsula, and Pyongyang has since continued to refine its military capabilities, analysts say.

With the latest launch Pyongyang “continues an international strategy of trying to normalize its missile tests”, Leif-Eric Easley, a professor at Ewha University in Seoul, told AFP.

The event would involve gathering nearly 700 officials in one place, analysts said. Such events have been banned in many parts of the world to curb the spread of the coronavirus.

“North Korea would not risk holding such a large-scale national political event if the regime was not confident about preventing or containing the spread of the virus,” Rachel Minyoung Lee, a senior analyst at specialist website NK News, told AFP.

Earlier this month, Kim Jong Un sent a letter to South Korean President Moon Jae-in offering “comfort” as Seoul battled what was the worst outbreak of the virus outside China at the time.

South Korea has since largely brought the contagion under control.

KCNA said Saturday Kim oversaw an “artillery fire competition” among combined units of the army on Friday, releasing photos of him along with military officers — none of them wearing face masks.

“Pyongyang is likely struggling with a coronavirus crisis on a national scale.”

With fears swirling about an outbreak in North Korea, the UN’s special rapporteur on human rights Tomas Ojea Quintana earlier this month called for Pyongyang to provide access to outside medical experts and humanitarian assistance.

The UN Security Council said last month that it would make humanitarian exemptions to sanctions on North Korea to help it fight the coronavirus.