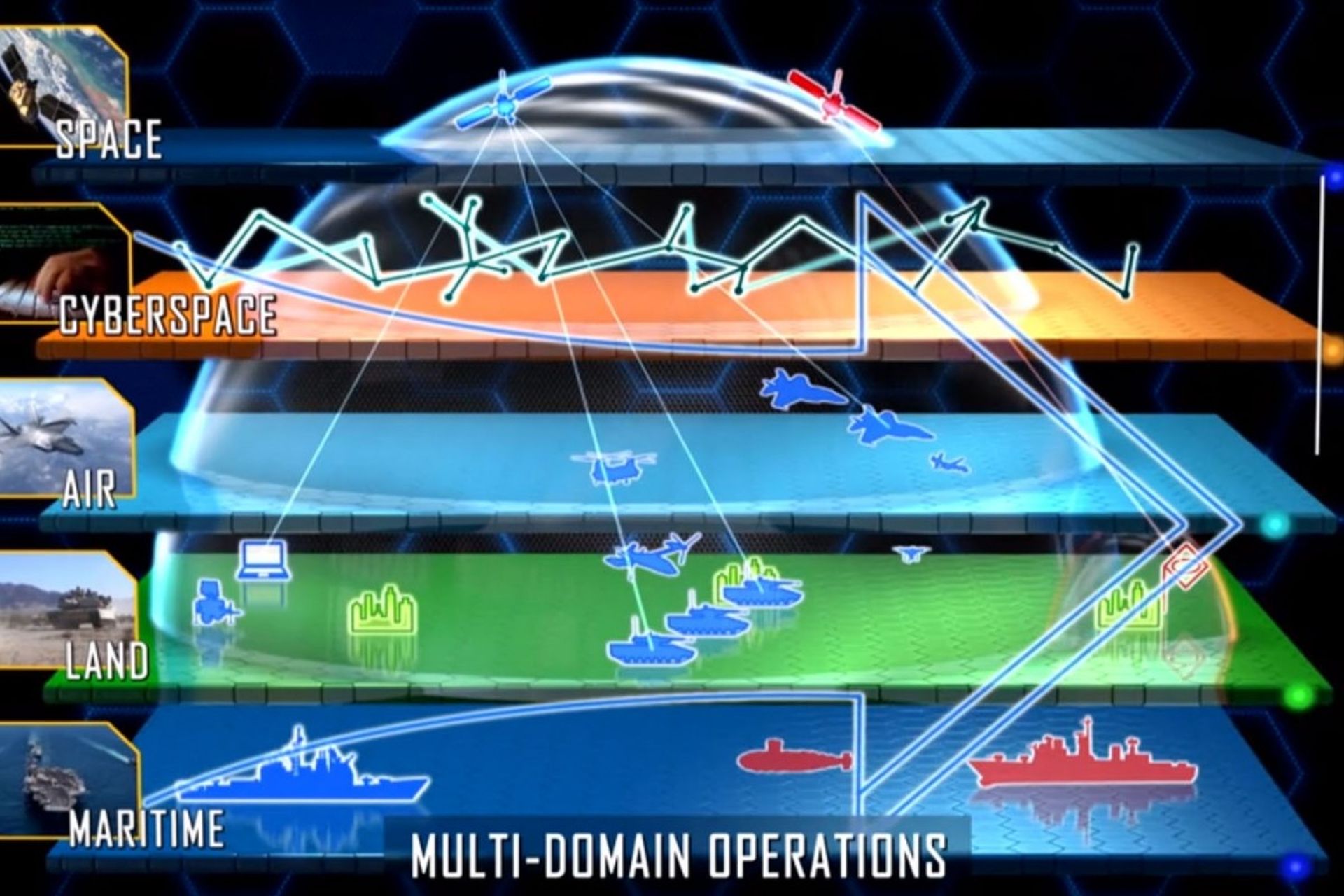 The Army is designing a new calibrated force structure to bolster capabilities at the brigade level and above, catered to meet regional mission requirements.

The AimPoint process started when the MDO concept was published in December 2018. Then Army Chief of Staff Gen. Mark Milley directed FCC to design a force structure, resource unconstrained, that could fight MDO and win.

Affectionately called the Whiteboard Force, he said, the idea was to create a force structure that adhered to the MDO ideology but was free of any financial or resource constraints.

“AimPoint is not a lockdown design,” he said. “It is an architect’s design for a force structure in the future.

As the Army shifts from its continual support of counterinsurgency to near-peer competition, the force must continue to build out the echelons above the brigade level to compete in large-scale operations, he said.

“Those echelons have been mortgaged a bit in the last 20 or 30 years because our (brigade combat teams) were so powerful relative to our opponent,” Wesley said. “Now, we are contested in all domains, and our two peer competitors are investing in their militaries.”

With an emphasis on information warfare, cyber, and space access, the Army must “build back some of that campaign quality at echelon,” he added. Further, the force will need a way to connect capabilities to exploit opportunities at the BCT level and below.

AimPoint also targets formational changes to overcome the geographical distinctions between the European and Indo-Pacific theaters, he said.

The “tyranny of distance” is a significant challenge in the Pacific region, officials said. In turn, AimPoint looks to tailor the Army’s long-range precision fires, future vertical lift, and air and missile defense capabilities to meet regional requirements, Wesley said.

In Europe, the Army will need to rely on the rapid deployment of maneuver ground forces, he said. Therefore, AimPoint experimentation will target long-range precision fires, network, next-generation combat vehicles, and Soldier lethality capabilities, to name a few.

Establishing a calibrated force posture is a core tenet under MDO, and it will continue to be informed by “political and resource decisions,” Wesley said.

However, the Army has already taken steps to improve its posture with the revival of V Corps — a headquarters that was deactivated in Germany in 2013. It is being reactivated at Fort Knox, Kentucky, to provide personnel who will rotate to an operational command post in Europe.

With the need for long-range fires in both regions, the FCC also supports the establishment of a new Theater Fires Command within the AimPoint construct.

“Building out the ability to integrate fires at echelon is important to fight at scale,” Wesley said. “Penetration requires long-range precision fires to strike a combined arms army” to disintegrate an adversary’s anti-access and area-denial defenses.

“These are problems that the BCT commander does not solve in theater. Some of that will have to be done at higher echelons,” he added.