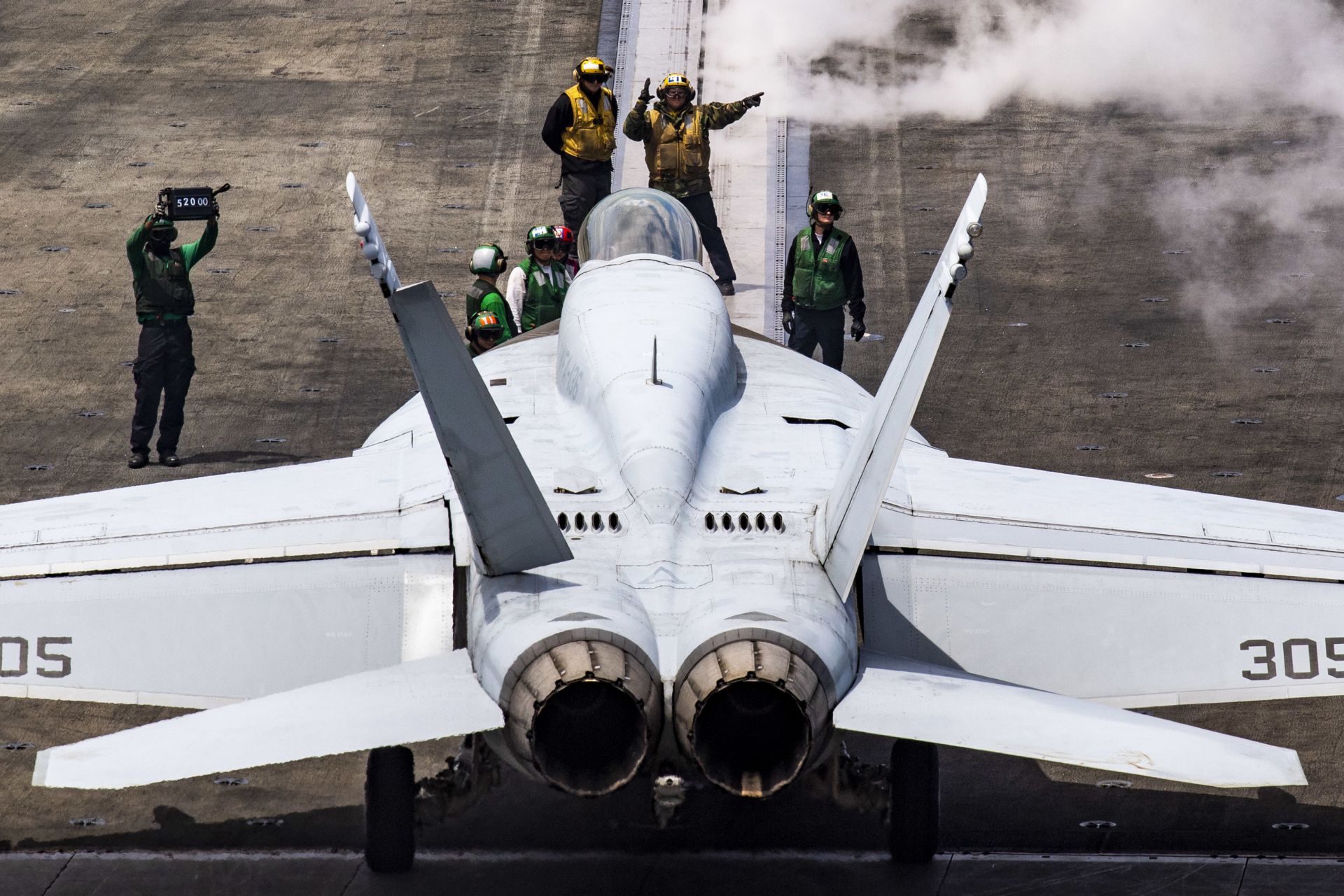 The purpose of the high-end training was to improve Navy and Marine Corps integration, communication, power projection in the form of strikes, and enhance readiness of air defense assets.

“This was a great opportunity to demonstrate how quickly our services can put together a complex large force exercise, even within the current constraints of COVID-19,” said Maj. Sean Stephenson, current operations officer 2ND MAW. “The Commandant is very serious about reinvigorating the Marine Corps’ Naval Integration capabilities and this joint exercise is one example of how effective we can be as a team.”

The week of day and night-time integration started with close air support exercises, in which Marine ground forces coordinated with Navy strike fighter aircraft to strike a precision target. During the close air support event, ground forces used combat communication with Navy aircraft to strike the targets, while sharpening tactics. The integration of Marine Corps shore-based elements with deployed naval assets showcased the ability of both teams to fight together as a united naval expeditionary force.

“Integrating with Marine ground forces on close air support missions provided the air wing an opportunity to practice supporting our forward deployed forces, while also providing the Marines with opportunities to qualify new joint terminal air controllers,” said Lt. Cmdr. Bryce Holden, the maintenance officer for Strike Fighter Squadron (VFA) 136. “This bolstered our ability to seamlessly integrate with supported ground forces, which has proven to be indispensable over the past two decades during operations in Afghanistan, Iraq, and Syria.”

The coordination continued with high-end training during multiple air defense exercises and large force strikes over the course of the week. In one of the multiple events, over twenty CVW-1 aircraft including F/A-18E/F Super Hornets, E/A-18 Growlers, and E2D Hawkeyes faced off against a similar numbers of USMC F/A-18C Hornets and A/V-8B Harriers to conduct defensive and offensive counter-air and strike missions in support of the carrier strike group and National level tasking. The Navy and Marine Corps aircraft took turns simulating the enemy “red force” versus the U.S. “blue force” and executed advanced combat tactics.

Lt. Cmdr. Ryan Aldrich, assigned to Strike Fighter Squadron (VFA) 211, was the mission commander for one of the large force strike exercises. “It was a pleasure to work with the men and women of the USMC. The seamless integration of our sister force into the training that the carrier strike group accomplished this week was challenging, valuable, and appreciated,” said Aldrich.

The Harry S. Truman Carrier Strike Group (HSTCSG) remains at sea in the Atlantic as a certified carrier strike group force ready for tasking in order to protect the crew from the risks posed by COVID-19, following their successful deployment to the U.S. 5th and 6th Fleet areas of operation. Keeping HSTCSG at sea in U.S. 2nd Fleet, in the sustainment phase of OFRP, allows the ship to maintain a high level of readiness during the global COVID-19 pandemic.