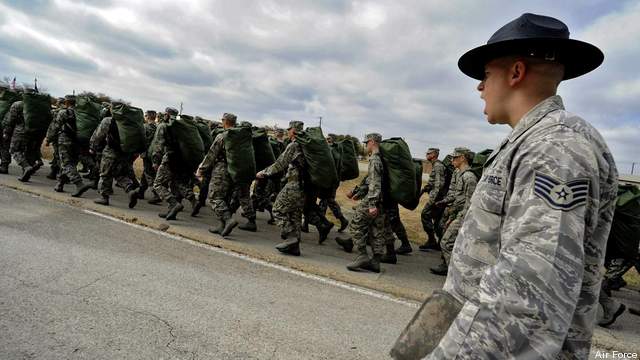 The Air Force wants $165.6 billion dollars for 2020, a 6 percent increase above last year. A significant part of that increase will go to add 4,400 airmen, resulting in a force of just over 510,000. That will provide more than 10 percent of the personnel growth outgoing Air Force Secretary, Heather Wilson, boldly declared last year the service needed. Wilson, and her Chief of Staff., Gen. David Goldfein, say the service needs to grow substantially, by 74 squadrons to 386 squadrons. That will require about 40,000 airmen. John Lehman, a former Senate Armed Services Committee staffer and expert on the Air Force, thinks they’re right, but argues the Air Force needs to do more to get there.

The Air Force is too small for what it is being asked to do. The problem is clear to anyone familiar with the state of the service, its lack of capability and capacity, and the rise of peer threats. Unfortunately for the Air Force, that group of knowledgeable people is limited, especially in Congress. In order to convince the American people and their elected representatives of the need to grow the Air Force, service leaders must put forward a compelling and straightforward narrative of the force structure required to meet the challenges laid out in the 2018 National Defense Strategy. 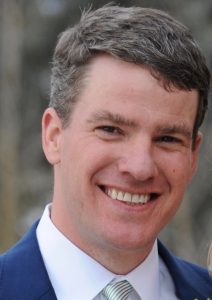 “386” would be the new clarion call to the Department of Defense, Congress and the nation to rally support for a sufficiently sized Air Force to meet today’s operational demands. Underscoring the service’s long struggle to articulate force sizing requirements, Wilson’s determination to inform resource debates was cheered. Thanks to some entrepreneurial genius, coffee mugs emblazoned with “386” became the must have swag of the Air Force Association conference.

Unfortunately, the specifics of how The Air Force We Need was derived, its assumptions, and even its detailed composition were left to be explained later. Confusion and frustration developed quickly among those both inside and outside the Air Force who wanted to understand where the Air Force was headed. Given that I was then serving as a professional staff member on the Senate Armed Service Committee overseeing with much of the Air Force’s aircraft portfolio, I can attest to this concern first hand.

Some have likened 386 as the Air Force equivalent of the Navy’s headline plan for 355 ships, but this is a misperception. 355 ships is a force structure and the Navy has a 30-year shipbuilding plan that lays out how they intend to achieve that force structure, with specific numbers of each ship type. The Air Force could have 386 squadrons tomorrow if they so desired. A stack of organizational memos re-parsing existing resources signed by the secretary would do the trick. Of course, that was not Secretary Wilson’s intent, but the pieces needed to make sense of 386—types of platforms, quantity, and overall capabilities making up those squadrons—were missing. This detail is what is needed to make 386 connect, hold credibility, and endure the rigorous pace of resource discussions that will help turn a slogan into reality.

By rolling out The Air Force We Need at the Air Force Association conference in September with too few underlying details, the Air Force missed an ideal opportunity to lay out a tight, coherent strategic message that the American people and their elected representatives can easily understand. Not usually considered objects of sympathy, one had to feel for the three- and four-star generals who, in the immediate aftermath of Wilson’s speech, attempted to fill in specifics which clearly did not yet exist.

For example, while the Air Force We Need calls for five additional bomber squadrons, Gen. Timothy Ray, commander of Global Strike Command, explained on the floor of the Air Force Association conference that there was no change to the Air Force’s Bomber Vector, released less than a year prior, which called for at least 175 bombers. That kind of disconnect damages the credibility of the Air Force and sends the message that they do not really know what they are doing. In reality, that is not the case, but perception is a powerful thing, particularly on Capitol Hill and among members who are not laser focused on defense issues. Without details of the types and numbers of specific platforms and capabilities that make up those squadrons, it is impossible to evaluate the efficacy and soundness of the Air Force’s argument.

With the defense budget for fiscal 2020 out now, the Air Force must have a clear and consistent message. Regardless of the topline budget request number, the Budget Control Act remains the law of the land, dictating a defense topline for the base budget of $576 billion. Defense hawks in a divided Congress will have their work cut out for them to ensure the Pentagon receives adequate funding in any budget deal. They must be supported by the clear articulation of the warfighter’s needs by the services.

The Air Force is blessed with an outstanding leadership team that has the vision to enact real change, and the timing is right for the Air Force to make its case. The National Defense Authorization Act for Fiscal Year 2018 mandated the Air Force provide to Congress a report outlining the types and numbers of aircraft the Air Force requires. That report was due March 1. Coupled with the release of the budget and the congressional posture hearings to follow, the Air Force has the opportunity to clearly articulate a coherent strategic message of what specifically The Air Force We Need is, how it will support the National Defense Strategy, how the 2020 budget and its Future Years Defense Program supports the path to achieve that goal. It is noteworthy that on March 7, the Mitchell Institute for Aerospace Studies released a policy paper that how to do just that.

The Air Force has a compelling story to tell it is too small for what the nation is asking it to do. It is imperative that those who champion our nation’s ability to confront the challenges posed by the renewed great power competition help the Air Force explain the urgent need. While Air Force leaders have issued a bold message, the follow through needs to be clear, logical and detailed down to the individual budget line. Only then will the most skeptical members of Congress be convinced they must act to defend the nation with The Air Force We Need.

John F. Lehman, a senior visiting fellow with the Mitchell Institute for Aerospace Studies. served as a professional staff member on the Senate Armed Services Committee from 2015 to 2018. His portfolio included Air Force and naval aviation programs and policies. Before joining the SASC, Lehman worked as an investment banker in the Evercore’s aerospace and defense group. From 2003 to 2011, Mr. Lehman served as an EA-6B Prowler Electronic Countermeasures Officer aboard the USS Theodore Roosevelt.