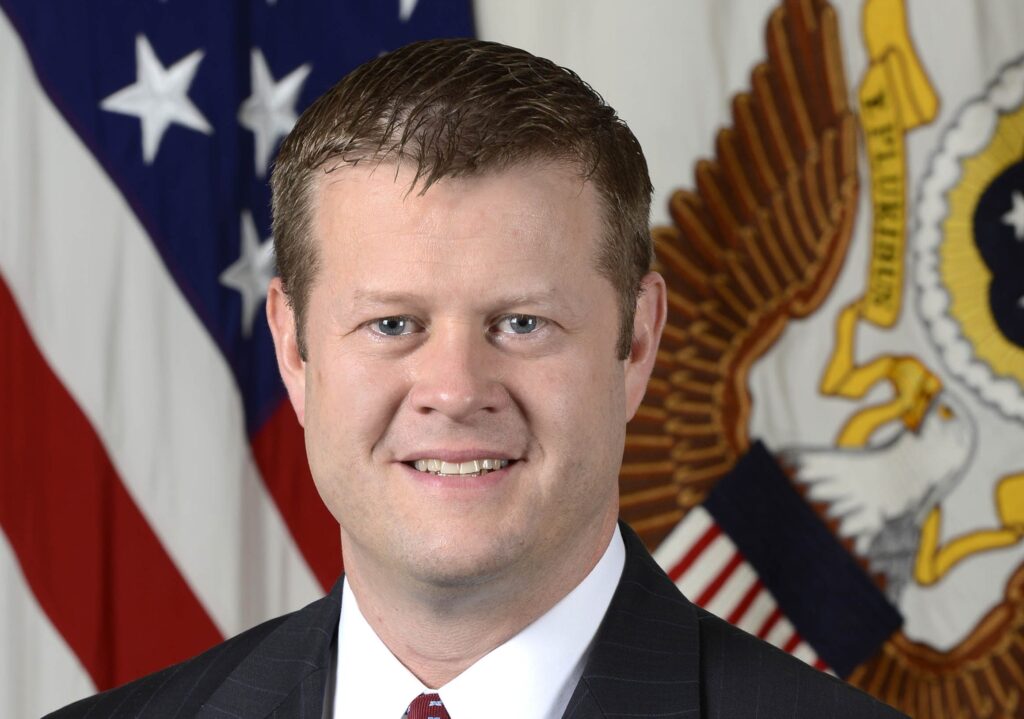 AUSA: On the last day of this enormous trade show, the acting Army Secretary made a point of reaching out to the defense industry. Ryan McCarthy promised action on a host of issues important to business, from R&D investments to intellectual property, as well as offering more details on sweeping acquisition reforms internal to the Army.

“Let me be very clear: We want industry to be profitable,” McCarthy said at a special luncheon for the Association of the US Army’s sustaining members, most of them businesses. “As an American formerly in the industrial sector” – McCarthy worked for aerospace giant Lockheed Martin – “I want American industry to thrive.”

“I want industry to bet on us, to know when we aren’t going to simply demand the intellectual property that you create,” McCarthy went on, touching on a chronically contentious issue between industry, which wants to protect its IP, and government, which doesn’t want to be “vendor locked” with only a single supplier able to do the job. “We need to partner. We need to reestablish close relationships that are only possible with mutual trust.”

While McCarthy provided no details on intellectual property reform, he did provide specifics on an unpopular Obama-era policy of imposing greater Pentagon oversight of IRAD, variously called Independent or Internal Research & Development. “Ellen Lord (undersecretary of defense for acquisition, technology, and logistics) signed a memo effectively rescinding a policy requiring excessive documentation for internal research and development spent by companies,” McCarthy said. “Removing this burden is intended to encourage industry to invest their resources in technologies,” rather than in buying back their stock or simply accumulating cash.

In addition, McCarthy said, “OSD (the Office of the Secretary of Defense) is rescinding and modifying previous policies that discouraged communication with industry.” Close consultation between customer and seller is crucial in developing high-tech military equipment, where a failure to communicate clearly what is needed and what is possible can lead to billions in overruns and years in delays. But the Army in particular, with a culture of extreme caution after two decades of botched acquisition programs, has struggled to reach out to industry in the face of regulations intended to prevent improper collusion.

Now, the Army will set up regular opportunities for its civil servants to take fellowships with private companies, much as a handful of uniformed officers now do. That’s just part of a wider program of “broadening opportunities” to give civilians experience outside their specialties, McCarthy said, which in turn is part of a directive on talent management in the acquisition workforce writ large. On the uniformed side, he said, “we will develop a talent management plan for future program managers to gain experience in science and technology and engineering requirements and contracting … with a one year operational assignment between major and full colonel.” Program managers will also get more opportunities for industry fellowships, he had said earlier in the conference, as well as getting longer tenure in their jobs, three to four years.

These opportunities to get experience outside your own narrow field are meant to enable cooperation across the Army’s many bureaucracies, for example on new Cross Functional Teams. The CFTs will also include industry representatives to the extent law and regulation allow.

The talent management initiatives and the CFTs come from different directives, but McCarthy made it clear they form a mutually supporting whole, the “fundamental directives” setting up a larger reform. The long term objective is to consolidate disparate and not always well-coordinated organizations – “requirements and acquisition, science and technology, test and evaluation, resourcing contracting, costing, and sustainment,” McCarthy said – to get new technologies to the troops faster. For capabilities development specifically, he said, “the goal is to reduce the current process by two years, from the estimated three to five years.”

Faster modernization is necessary to keep ahead of – or in some areas, catch up to – advanced adversaries such as Russia, China, North Korea, and even Iran, McCarthy said “They’ve invested in next generation standoff technologies,” he said. “We have made incremental improvements in our legacy close-combat capabilities” – but that approach won’t work much longer.