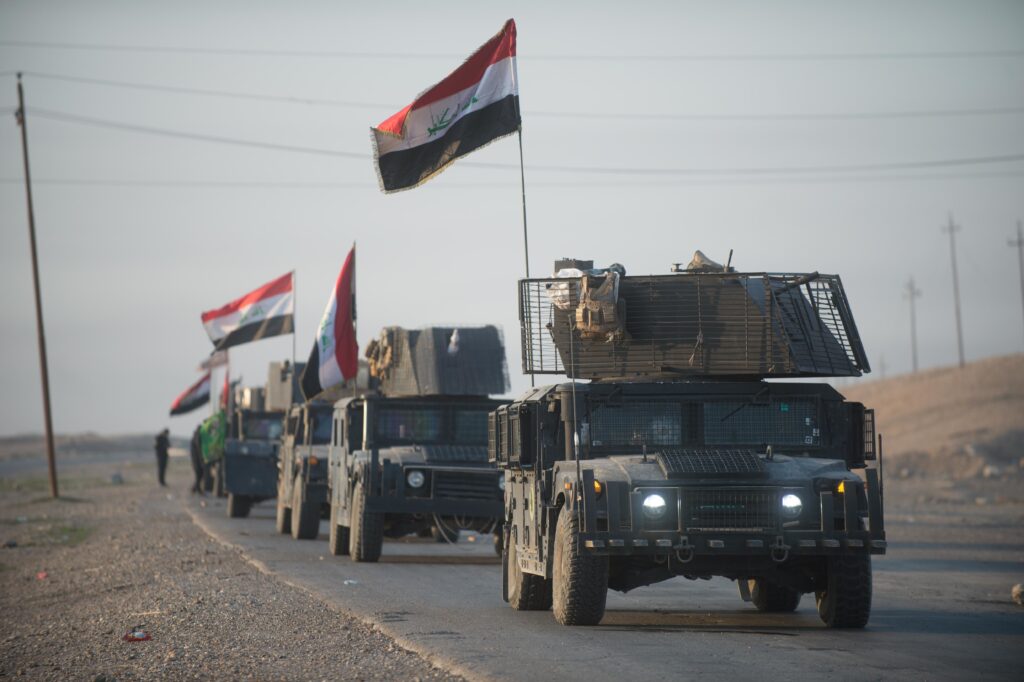 On July 10, Iraqi Prime Minister Haider al-Abadi, pulling on the same black uniform and jacket that Iraq’s elite counterterrorism forces wore throughout the battle for Mosul, declared the final liberation of the city from Daesh’s (aka ISIL) control.

“I announce from here the end and the failure and the collapse of the terrorist state of falsehood and terrorism, which the terrorist Daesh announced from Mosul,” Abadi announced to the nation from the headquarters of the counterterrorism service.

The recapture of Mosul is a moment for Iraqis of all ethnicities and sectarian communities to relish. The Iraqi security forces were more than courageous, as were the U.S. Air Force pilots that provided —and continue to provide— Baghdad with air support, surveillance, intelligence, and training assistance. But even as the major fighting in Mosul winds down and the mopping-up operations begin, Iraqis must answer a fundamental question. Do Iraqi politicians in Baghdad return to the old, destructive way of doing business? Or do they learn from the mistakes of the previous 14 years, adapt, begin governing for the people of Iraq instead of for a specific sectarian agenda, and address the systemic issues that threw Daesh a lifeline?

The most convenient thing for Iraq’s political class to do is declare victory over the so-called caliphate, throw some parties lauding the bravery and greatness of Iraq’s armed forces, and return to their government offices pretending like the last three years of misery never happened. Iraqi lawmakers in the Council of Representatives would go back to their squabbling ways, fighting amongst themselves about economic and political reforms without actually getting anything done —while at the same time collecting high salaries courtesy of the Iraqi federal budget. Haider al-Abadi, no longer a wartime prime minister, would see his political power and authority dwindle and held hostage to the politics of sectarian political coalition building. And the Sunni blocs in parliament would be relegated to minority status, unable to do much of anything to deliver for their overwhelmingly Sunni constituents in the towns and cities of Anbar, Salahuddin, and Nineva. That would mean more division for Iraqis, more ineptitude and incompetence in the Iraqi government, and more ammunition for whatever is left of Daesh.

Iraq’s politicians must exhibit the bold leadership needed to do all or some of the very things that Daesh hopes won’t happen: reform the federal budget; disperse federal funds, investment, and resources to provinces based on need rather than sectarian identity or political parochialism; incorporate the small Sunni and local militias that served as allies against Daesh onto the rolls of the security forces; and ensure that Iraq’s Sunni population is represented in the halls of power.

Mosul is a destroyed city. The United Nations team in Iraq projects that $1 billion will be required just to repair the sewage system and to reopen hospitals. It’s not unreasonable to think that renovating the buildings that collapsed during the battle, clearing the debris, and rebuilding the roads could run into the tens of billions. And none of this even includes the rest of Iraq’s cities, which have been absolutely devastated both by Daesh’s occupation and the offensive operations launched to end it.

Salman al-Jumaili, Iraq’s Minister of Planning, told Al-Monitor that Baghdad will need $100 billion to fully recover, an immense sum that the Iraqis simply don’t have and international donors won’t be able to meet. The 950,000 Iraqis displaced from their homes in Mosul will need an incentive to come back; indeed, Iraqis want a better future for their children just like the rest of us, and they won’t be able to work towards that future if they have nothing to work with.

The international community, including the U.S., is highly likely to be involved in the reconstruction. With crude oil prices low and Baghdad’s budget strained due to the costs of the war, the Iraqis don’t have the financial means to do all of the work themselves. Because terrorism is such a scourge on the region, Iraq’s Arab neighbors have a responsibility to provide much of this economic aid. An international donors conference should be set up in a wealthy Gulf state as soon as possible, and regional governments should be expected to open their wallets. Jihadism and extremism are just as dangerous to Qatar, Bahrain, and Turkey as they have been and still is are for Iraq. If Saudi Arabia, Kuwait, and the United Arab Emirates had the means to send billions of dollars to Egypt in 2014 and 2015 to stabilize Egypt’s economy after Abdel Fattah el-Sisi’s successful coup, surely the Gulf States can find a few billion for their Iraqi neighbors.

In the end, however, Iraqis need to solve their own problems. The road will be long and difficult, and terrorism and instability will remain issues for a long period of time for the Iraqi people and the Iraqi security forces. But the steep road will only get steeper if Iraqi ministers, lawmakers, provincial officials, and mayors don’t get on with the work and break away from the last 14 years of sectarianism, nepotism, and political favoritism. No country or foreign grouping — not the United States, the European Union, the Gulf Cooperation Council, or the U.N. — can or should do that job for them.

Daniel DePetris is a fellow at Defense Priorities, a Washington thinktank.