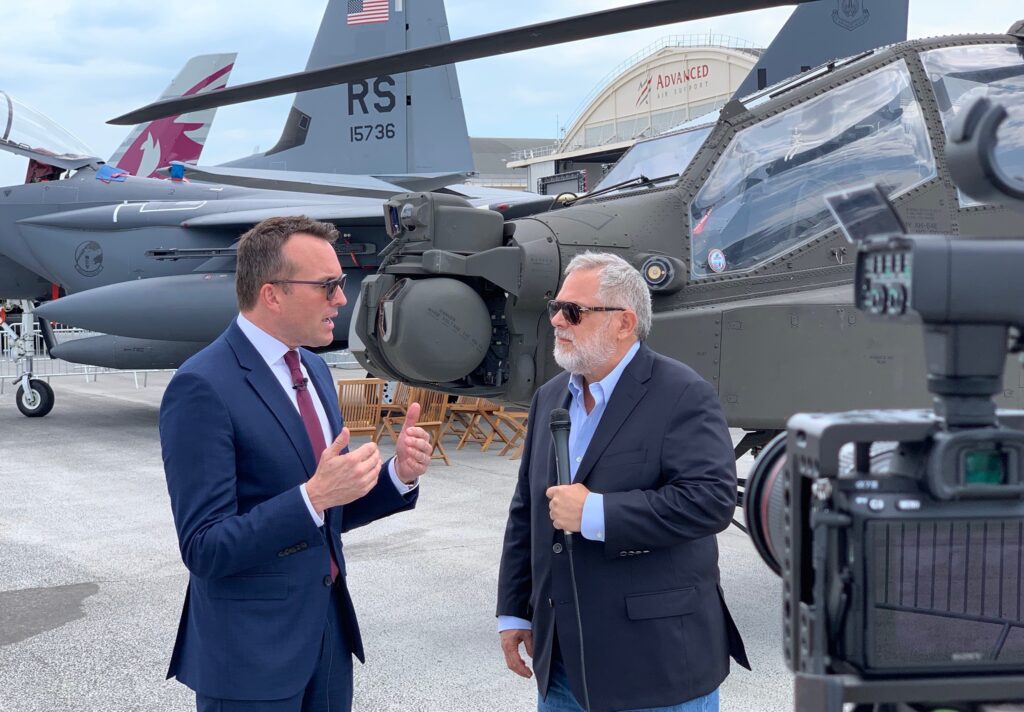 CLARIFICATION: Changed Fanning Description To Advocate from Lobbyist; He Isn’t A Registered Lobbyist.

PARIS AIR SHOW: Eric Fanning is all the things you’d expect of a highly successful industry leader and advocate: he’s smart, well spoken and adroit when faced with a tough question. The former Army Secretary presides over the sprawling Aerospace Industries Association, widely viewed as one of Washington’s heaviest-weight industry lobbies.

AIA has traditionally focused a great deal on arms exports, defense acquisition policies, and the broad health and standards of the aerospace and defense industry. Given that aerospace is the single largest exporter in the United States, you know that AIA pays very close attention to President Trump trade wars and tariffs.

“Sales are up,” for last year, according to the association’s latest figures, Fanning told me. “Exports are up. The workforce is bigger, so the trends are in a good direction,” he said, standing before the backdrop of the fairly small group of US warplanes and helicopters at this year’s show.

“Some of the things the president is doing very forcefully to support American industry are good for American aerospace and defense. Other things could aggregate up second and third order effects in ways that create problems,” he said. “This is a global supply chain. We are each others customers. We are each others suppliers. We have subsidiaries, partnerships, relationship. It’s really kind of hard to describe where the United States border is when you are talking about world trade like that.”

But Fanning was pretty upbeat about the effects all this will have on America’s allies and partners: “One of the great things about these air shows to me is they show the levels of these partnerships.” Why? “They are solid. They are strong, and they are years in the making, and they survive what is happening today on the surface.” For more, watch the video.