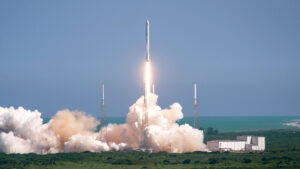 UPDATED: SMC Clarifies That Certification Is Not Indefinite.

PENTAGON: Word from the Air Force is that SpaceX “remains certified” to launch the nation’s most expensive and heaviest intelligence and Air Force satellites.

It took a few days, which is not surprising how politically and legally sensitive everything involving Elon Musk and SpaceX national security launch certification is and will be, but we got responses from Lt. Gen. Samuel A. Greaves, commander of Space and Missile Systems Center, about SpaceX certification and the effects of the destruction of the CRS-7 mission to resupply the International Space Station.

“Q1. Does this failure prompt review of certification for national security launches?
“A1. No, SpaceX remains certified.” 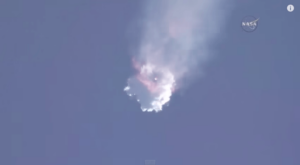 It’s worth noting that a failure as complete as this one was — CRS-7 was completely destroyed — does not prompt a review of certification. That would seem to indicate that certification, once granted, is forever. UPDATE BEGINS However, later in the day we heard from SMC that certification is not forever.

Greaves made it clear that decertification could occur should a national security space mission be destroyed or fail to achieve its primary objectives due to launch problems. “Once a launch provider is certified, they may be decertified if after an assessment by the Air Force, it is determined they do not meet certification requirements,” he said. “The loss of an NSS mission would first be investigated to determine the root cause and the result of the investigation would drive assessments on whether or not the root cause of the failure affects certification.” UPDATE ENDS

The second question and response is more detailed.

“Q2. What is the process for review after a launch or other failure?
“A2. Every launch-whether successful or not-undergoes a thorough post-flight review. More detailed investigations are performed for any flight conditions that differ from nominal predictions. This was not a Department of Defense launch. SpaceX will lead the accident investigation with support from NASA and the Federal Aviation Administration, which issued the launch license. The Air Force has been invited to observe this investigation and has offered full support.”

The fact that we got a response from SMC, attributable to Greaves, is fairly remarkable. SMC is renowned among defense reporters for being generally resistant to all forms of wheedling, cajoling, bullying and pleading. (We hope this is a signal that is changing –permanently.) With the White House believed to be closely watching the treatment of Musk, SMC and the Air Force deserve a tip of the hat given that our questions didn’t vanish into space.