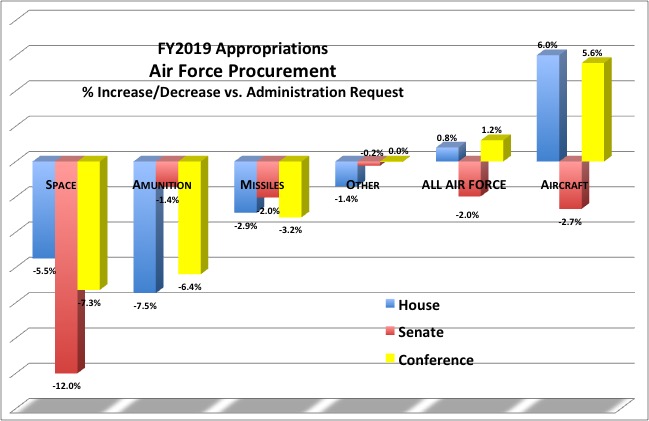 WASHINGTON: The big news about the $674.4 billion defense appropriation that conferees agreed to yesterday is that, for the first time in nine years, it’s on time. That’s a big relief to defense officials and contractors used to limping along on restrictive Continuing Resolutions for the first months of the fiscal year until Congress finally passes a proper spending bill. Given that the Budget Control Act caps (aka sequester) return in 2020, next year probably won’t go as smoothly.

But in a budget this big, even the “small” items are billions of dollars, and there are plenty of devils in them thar details. We dumped the procurement figures from the House-Senate appropriations conference report into Excel and found some fascinating patterns in the $135.3 billion Congress gave the Pentagon to buy equipment. 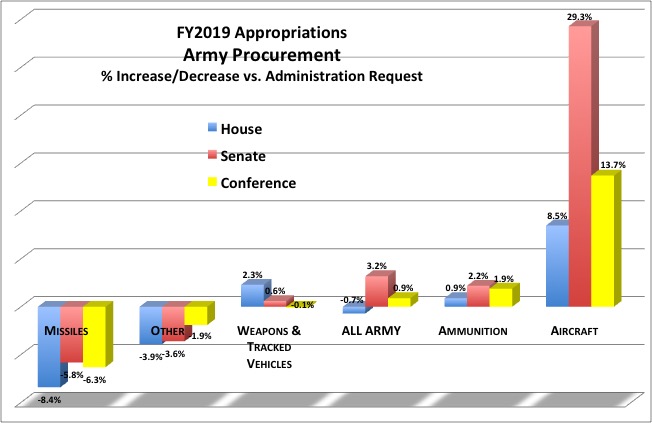 But where did all that money come from?