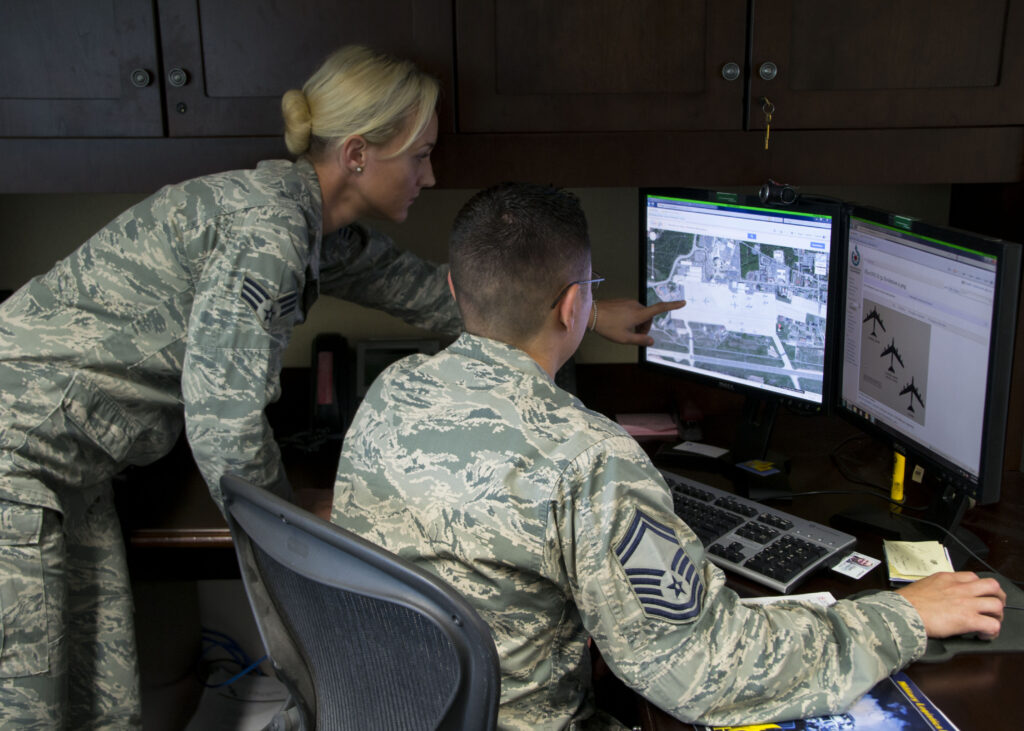 Military imagery analysts can’t keep up with the vast amount of data pouring in from drones, so DepSecDef Bob Work wants artificial intelligence to help.

WASHINGTON: The technophilic Deputy Defense Secretary, Bob Work, just stood up a task force to advance the use of artificial intelligence in military intelligence. This is not SkyNet, an AI with its finger on the launch button.

Instead, the first project for this Algorithmic Warfare Cross-Functional Team will be developing AI to sort through vast amounts of video collected by surveillance drones, a flood of data that’s overwhelming human analysts.

Establishment of the AWCFT Project Maven by BreakingDefense on Scribd

The AWCFT will ” consolidate existing algorithm-based technology initiatives” related to intelligence under the oversight of the undersecretary of intelligence, the memo says. The task force will be run by the Director for Defense Intelligence – Warfighter Support, with a steering committee and support staff drawn from across the Defense Department.

The memo’s timeline is tight. “Although we have taken tentative steps to explore the potential of artificial intelligence, big data, and deep learning, I remain convinced that we need to do much more, and move much faster,” Work writes in the memo.

So AWCFT will make its first report to Deputy Secretary Work on May 1st — just five days (two of them a weekend) after Work signed the memo creating it on April 26th. It will then “integrate (new) technology into Programs of Record in 90-day sprints.” After several such “sprints” in support of intelligence Processing, Exploitation, & Dissemination (PED), the task force will move to other areas of intelligence. For the Pentagon, that’s a meteoric pace.

Bob Work is a man in a hurry. Appointed by President Obama in 2014, the Marine artilleryman turned thinktanker agreed to stay on through the transition to help President Trump and Secretary Mattis. Trump’s own nominee for Deputy Secretary, Patrick Shanahan, was named last month but has not yet confirmed. Work’s holdover status obliged him to end the public speaking and media interviews that made him one of the most quotable figures in the Obama Pentagon, but it also gives him a unique opportunity to shepherd his most prized initiatives into the new administration.

Foremost among Work’s priorities is artificial intelligence. AI became the centerpiece of the Third Offset Strategy, the Obama Pentagon’s initiative — largely Work’s creation — to reclaim technological supremacy over Russia and China. Another, related offshoot of Offset was the concept of “multi-domain” operations now catching fire in the Army and Air Force, which seeks to bring together forces from land, air, sea, space, and cyberspace in new ways.

Work’s vision of AI has never been about killer robots, but rather networks and command structures. He emphasizes the collaboration of human and artificial intelligence, blending the best strengths of both like the two halves of the mythical centaur. The machine would sort vast amounts of data at high speed and then present patterns it finds to the human, who remain the ultimate decision maker.

The idea of an AI deciding what data we see and how we should interpret it is still unnerving, even if we’re nominally in charge. Any good Hill staffer or military aide knows much of the decision making is really done by whoever prepares the information and options for the ostensible boss. “As soon as we started thinking for you, it really became our civilization, which is of course what this is all about,” the AI secret policeman Agent Smith tells the captured human hero in The Matrix.

Seeing something and recognizing what it is may seem simple to humans, but that’s only because our eyes and the visual cortex doing the data processing benefit from over 500 million years of evolution. There has been dramatic progress in object-recognition software, with programs capable of learning unleashed on huge databases of imagery to teach themselves what’s what. But there are also dramatic failures, like the Tesla autopilot that failed to see the sunlit side of a tractor-trailer against the sky.

“The problem is that when they’re wrong, they’re wrong in ways that no human would ever be,” Obama’s DARPA director, Arati Prabhakar, was fond of saying, illustrating her point with a photo of a fat-cheeked baby clutching a toothbrush, which an AI had labeled “a young boy is holding a baseball bat.”

So, to date, computers are far better at generating data than at analyzing it, which means American intelligence analysts are overwhelmed with cell phone intercepts, satellite imagery, and, above all, video. That’s why Work has set AI video analysis as a top priority for his new task force.