Amazon’s Bezos To Air Force: Don’t Overthink It (But….)

The trick, of course, is knowing which is which. That’s where Bezos’s wisdom may not necessarily translate from the software world to aerospace, where a “crash” can kill you. Even when you’re writing code, the risk-reward calculus is very different when you’re delivering satellites or warheads as opposed to, say, discounted paperbacks and toilet paper. 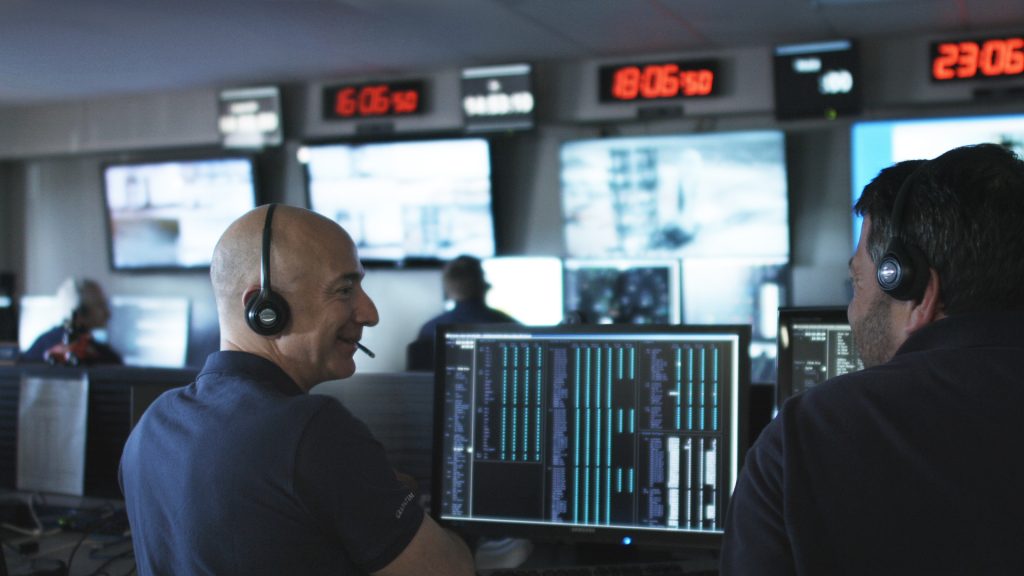 Jeff Bezos in the Blue Origin control center before the first test launch of its New Shepherd rocket.

“Many Paths To Yes”

“I love garage startups. I was a garage startup, but you can’t build a Boeing 787 in your garage. You need a big organization like Boeing to do that,” Bezos told the Air Force Association on Wednesday afternoon. Now that Amazon is huge, he said to laughter, “I find.…I’m the chief slowdown officer. I slow those decisions down. I’m like, ‘no, I want to see this one more way,’ and the teams working on it roll their eyes. I’ve already seen it 18 ways, but if I’ve thought of a 19th way, I want to see it!

“That’s correct for a high-consequence, irreversible decision,” Bezos said, but most decisions aren’t like that. Too often junior executives – or officers – overgeneralize senior leadership’s slow, deliberate approach and apply it to decisions that are best made quickly. 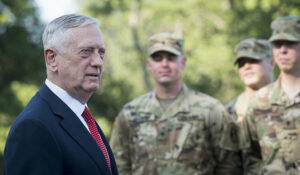 “So now even trivial decisions end up going through a lot of unnecessary process,” Bezos said, “when really many of those decisions should be made by very small teams or even single individuals with good judgment, knowing full well that they can be reversed.”

So how can senior leaders teach their juniors to do not as they do, but faster? One way, Bezos said, is to object to processes that involve too many people and point to one person to make the call – and protect them if they try an interesting experiment that doesn’t pan out.

Another, he said, is to have “many paths to yes.” Rather than requiring every innovator to get approval from their boss, and their boss’s boss, and their boss’s boss’s boss, before going ahead, you want them to be able to approach multiple potential patrons until they find one who will resource them to go ahead. Venture capital is the ultimate example of this, he noted: A startup can get rejected 19 times but win funding on the 20th. (And the Air Force wants to take a VC “angel” approach to innovative small business, its senior acquisition official said here).

Army: You can fly a multi-million dollar aircraft.

You: Can I travel more than 50 miles on the weekend?

Army: We need a pass cover sheet, risk assessment, copies of your license and insurance, a full itinerary, and signatures from your supervisor & commander 10 days in advance. https://t.co/866poOpiOM

What Risks Can You Afford?

This approach works from Amazon and venture capitalists because “when you’re doing these experiments, winners pay for thousands of losers,” Bezos said. “The most I can lose is the cost of the experiment, and the value of the invention could be uncapped,” i.e. unlimited. 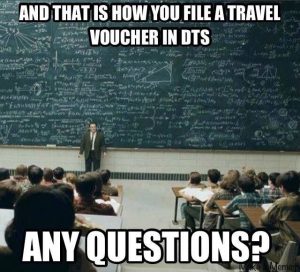 The Defense Travel Service (DTS) is so widely hated by servicemembers that mocking it has become a meme.

A lot of this logic probably does translate to the Air Force, or any military organization, because most of what they do is large-scale logistics, personnel management, and technology development. The Defense Travel System to reimburse troops on business trips, for example, probably does not need to be a nightmare of multiple forms with conflicting instructions. Military radios can rely on commercial wireless technology instead of exquisitely and expensively customized systems. Military mechanics can experiment with different ways to streamline repairs for Humvees…. but helicopters? Fighter jets? Nuclear missiles?

Jeff Bezos’s challenge is that his first business, Amazon, and his newest business, Blue Origin – which is literally rocket science – have very different definitions of a “high-consequence, irreversible decision.” For Amazon, the worst potential downside is the loss of billions of dollars. For Blue Origin, and even more so for the Air Force, it’s smoking wreckage and dead bodies.

(That Blue Origin launch video at the top of the article? It’s a test of the emergency escape system).

Aerospace in general, and military aerospace in particular, is a complex team effort with lots of interdependent parts. That means some of the “junior officers” Bezos wants to take more risks – not to mention enlisted personnel like maintainers – make day-to-day decisions where screwing up gets someone killed. And that’s in peacetime, where accidents are tragically common. In wartime, you can do everything right and people still get killed.

There’s a lot the US military can learn from Amazon, a lot Jeff Bezos can bring to aerospace, and a lot to applaud in Bezos’s remarks to AFA. But don’t let his billions blind you to the limits of his experience.