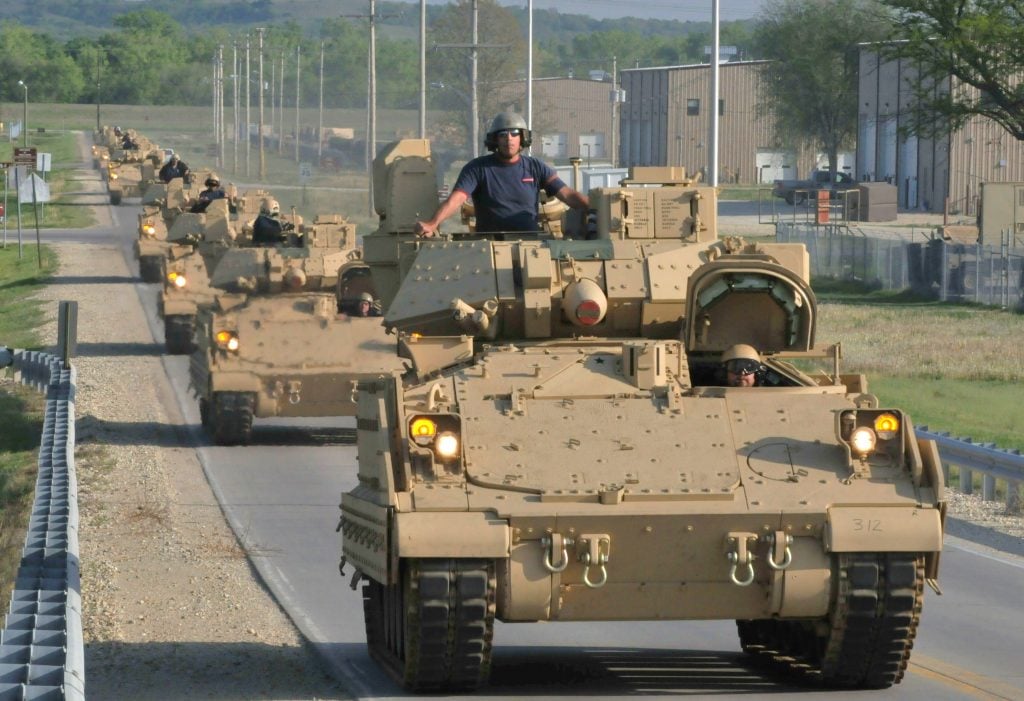 The decision comes after weeks of confusing statements by Army officials and months of delays fitting the high-tech active protection on a Cold War-vintage vehicle — one already upgraded to the limits of available space, weight, and electrical power. Full execution will also have to await the 2020 budget or at least a congressionally-approved reprogramming: The Army currently has only $80 million of the approximately $200 million required to buy and install Iron Fist on an armored brigade’s 138 Bradleys, plus spares. 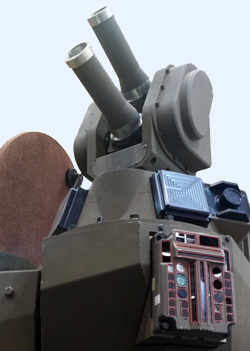 Meanwhile, the Army will continue testing Iron Fist on the Bradley — although it’s assiduously avoided the term “test” because of its legal implications in Pentagon procurement. Officially, the initial phase that Iron Fist has completed is merely “characterization,” while the second, more in-depth phase it’s entering now is “qualification.”

Whatever terms you use, the decision by the Army Requirements Oversight Council to buy a brigade of Iron Fist is not contingent on any particular level of performance in this new round of testing/qualification. (Presumably, though, some unexpected disaster could cause the service to reconsider).

That’s been a point of confusion after Army officials publicly contradicted each other at a recent conference in Detroit — one at which reporters were barred — but well-informed sources I’m unfortunately unable to identify made it unequivocally clear. The AROC has decided the threat is urgent, so the Army is not waiting on the test results: The only reason it’s not buying a brigade of Iron Fist immediately is that it’s $120 million short.

Nor is the Army currently considering an alternative to Iron Fist for Bradley, despite a “market survey” posted on Tuesday afternoon that seems open to any company with an APS on offer. That Request For Information was another source of severe confusion, but I’ve been walked through the wording and it’s written so that only Iron Fist can qualify.

Specifically, the survey asks for information on “current market manufacturing capability to produce a Technology Readiness Level (TRL) 6 Active Protection System (APS)” — TRL 6 means there’s already been a field-tested prototype — and “This APS shall have been proven and characterized on the Bradley Family of Vehicles (FOV).” (Emphasis ours). Iron Fist is the only active protection system that the Army’s “characterized” on the Bradley. 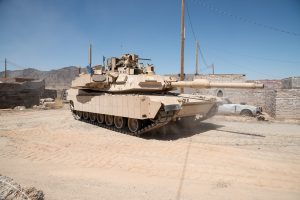 The only potential challenger is the Trophy APS, also Israeli, which is the only active protection system in the Western world that’s actually been mass-produced and used in combat — qualifying it as TRL 9. (The Russians have plenty of APS in service, as Ukrainian anti-tank teams have learned to their sorrow, but they’re not in the running for a US Army contract).

The Army is already buying Trophy for four brigades of M1 Abrams heavy tanks — a decision it also made without waiting for the results of Phase 2 “qualification” trials. Both the size of the purchase and speed testify to the Army’s confidence in Trophy’s track record and the importance it places on the Abrams.

In January, the Army will also evaluate Trophy for the eight-wheel drive Stryker troop carrier, having earlier rejected the US-made Iron Curtain. An APS from Germany’s Rheinmetall is already in live-fire testing for Stryker, under a congressional mandate to explore additional options. Whichever the Army ends up choosing — if it chooses either — there’s no money yet set aside to actually buy an APS for Stryker, or even to complete Phase 2 “qualification” testing for it.

The Army has no current plans to try out Trophy on a Bradley, at all. However, Trophy’s manufacturer, Rafael, did install a variant of Trophy on an Israeli-owned Bradley and test it in Israel — at their own expense but with American observers. 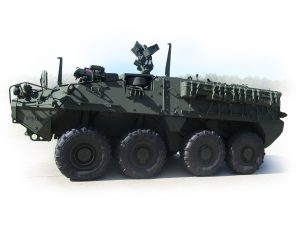 Since the US Army didn’t run that test, it almost certainly doesn’t meet the Army’s definition of “proven and characterized.” Rafael and its American partner Leonardo DRS could make a good case that their Israeli tests should count for something. But given how the market survey is worded, and how urgently Army leadership wants to upgrade the Bradley’s defenses, the odds are that IMI and its American partner, General Dynamics, will get a sole-source contract for at least this first brigade.

All bets are off after that brigade, however. While it’s currently looking at off-the-shelf “non-developmental” options like Iron Fist and Trophy, the Army’s long-running, long-term program of record is to develop something called the Modular Active Protection System. MAPS aims to create a standardized control system with an open architecture that lets you mix and match subsystems from multiple vendors — a radar from here, an interceptor from there, a jammer from the other place — on a single vehicle. That way the Army could keep upgrading piece by piece with the best components from any company, without being beholden to one vendor for the system as a whole.

The Army also wants to replace the aging M2 Bradley altogether with a cutting-edge Optionally Manned Fighting Vehicle that, among other features, is designed with active protection in mind, rather than having APS added on wherever it fits.

Those are worthy ambitions, but technically tricky to realize, and they’ll take time — with a non-negligible chance of turning into one of the Army’s periodic acquisition disasters. Meanwhile, the Army is buying what it can get right now.

The Army’s full statement to me on the Iron Fist decision is below, courtesy of Ashley John, public affairs director for Program Executive Officer – Ground Combat Systems (PEO-GCS). It’s somewhat opaque, so read it with the explanations above in mind:

“At the end of November, the Army Requirements Oversight Council met to assess the performance of the Bradley Expedited Active Protection System non-developmental solution (Iron Fist) and to determine if the system was suitable for urgent qualification and deployment. After reviewing the results of the Army Test and Evaluation Command’s testing, the AROC determined that the Iron Fist system improved the survivability of the Bradley Fighting Vehicle without meaningful impact to the vehicle’s performance or increased risk to dismounted Soldiers. The AROC directed that Bradley ExAPS move into the next phase of urgent qualification testing and in parallel plan for fielding of at least a brigade’s worth of capability on an urgent basis in accordance with existing approved requirements.”