Army Missile Defense Must Step Up Its Game: Heidi Shyu 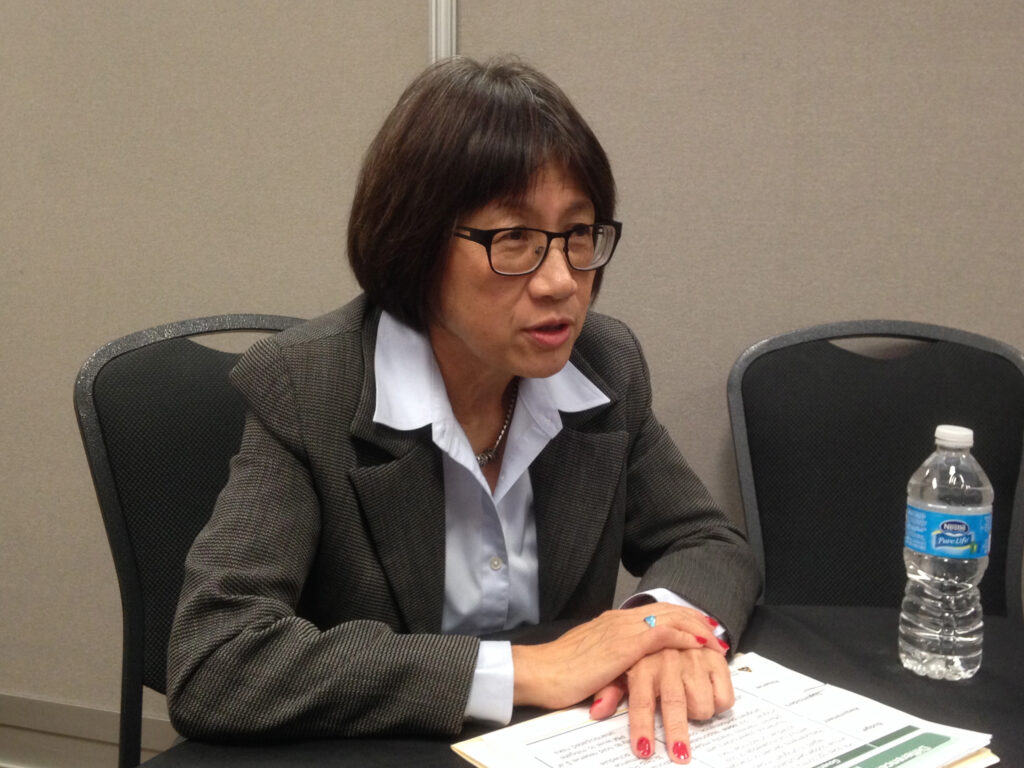 HUNTSVILLE, ALA.: After 14 years of guerrilla war, the Army has underinvested in defeating high-end threats, the service’s acquisition chief said today. That puts a premium on modernizing missile defense despite tight budgets, from upgrades to the venerable Patriot to new offensive missiles to revolutionary technologies like lasers.

“We need to enable ourselves to operate in a much more contested environment,” Heidi Shyu told the Space & Missile Defense conference here. “In the last 14 years we dominated the airspace, we had freedom to maneuver,” she said, and we had free use of the electromagnetic spectrum. “That will change,” Shyu warned. “So my focus has been to steer us towards facing a much more contested threat [environment]. We had not spent enough money and investment on how to counter [those] threats.”

The best missile defense is often a good offense, taking out the missiles before they launch — or crippling the radars that guide them and the networks that command them. So one of Shyu’s high priority investments in missile defense wasn’t strictly defensive at all, but a long-range surface-to-surface missile.

“Long-range precision fires is something PACOM [Pacific Command] has indicated they really need to have,” she said, “much longer range than we have today” (i.e. with current Army missiles like ATACMs. A formal Analysis of Alternatives is “almost done.” That will allow the Army decide whether a new system would require some technology development or could move directly into production with off-the-shelf tech.

The Army’s also planning multiple upgrades for the 1980s-vintage Patriot. The simplest is a new digital processor for the radar. “You guys can’t imagine, we have a processor that’s twenty years old,” Shyu said scornfully. “It’s a brick.”

The Patriot will also get a new radar, an active electronically scanned array (AESA) with greater range and sharper discrimination. Industry could deliver this “lower tier AESA” today, Shyu said, and the planned program start is 2017, but budget cuts may slow that down.

Most dramatically, Patriot is already getting a new missile, the Missile Segment Enhanced (MSE) currently in low-rate initial production. “It provides much higher altitude, much longer range,” Shyu said. As a result, she said “this is a missile that in high demand across the different COCOMs today. We can’t produce it fast enough.”

In the longer term, many experts see laser weapons as a much-needed revolution in missile defense: Lasers can keep shooting as long as the electricity keeps flowing, with no worries about running out of expensive interceptors. “Later on this fall, we’re actually going to be testing some high energy laser systems at WSMR,” White Sands Missile Range in New Mexico, Shyu said.

The Army’s flagship laser, the High Energy Laser Mobile Demonstrator (HEL-MD), has already shot down drones and mortar rounds with a proof-of-concept 10 kilowatt weapon. Next year, it’ll be upgraded to a 50-60 watt weapon.

Coordinating all these disparate weapons will be a single Integrated Battle Command System. IBCS is the Army missile defense community’s top priority, and the service is working to make it share data with the Missile Defense Agency’s C2BMC. “We have to marry the two together,” Shyu said.

The Army’s also working on so-called electronic protection, essentially countermeasures to the enemy’s countermeasures. “You cannot assume … that nobody else is going to jam you,” Shyu said. “Somebody may deny you access to information or produce false information. That’s very likely when we’re fighting in a more contested environment.”