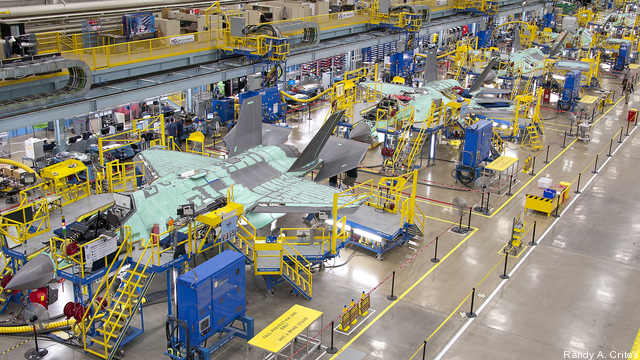 We’re partnering with the Center for Strategic and International Studies to bring you their fab Bad Ideas series through the Christmas holiday season. They produced three today. I’m betting Sen. John McCain will most enjoy the first of the three, this one by Andrew Hunter, on why it’s so damn complex and often difficult to know just who to hold responsible for acquisition malpractice.

We’re putting the three pieces up separately. Enjoy! The Editor

Accountability may be viewed as close to an unalloyed good as anything you’ll find in public policy. As a management principle, it is a sound way to ensure that authority is married to responsibility. As a democratic principle, it ensures that government officials are answerable to the people. As a military principle, it implies that a commander is ultimately responsible for the actions of his or her command. Ensuring accountability at the Department of Defense has long been a priority for Congress. The desire for greater accountability was one reason why the Goldwater-Nichols reforms of the 1980s created the position of Undersecretary of Defense for Acquisition, in an effort to unify leadership of the acquisition system in one chain of command.

More recently, in an effort to establish greater accountability for acquisition within the military services, Congress mandated the delegation of much of the undersecretary’s acquisition authority to the service acquisition executives in an effort to align responsibility for each of the three modernization processes: budget, requirements, and acquisition, at the service level. The intent behind this change was to make it possible to hold the services accountable for cost overruns and poor decisions in acquisition programs, and Congress sought to enforce that accountability by imposing financial penalties on the services for cost overruns on acquisition programs.  And at the Senate Armed Services Committee’s December 7 hearing on acquisition, Sen. John McCain asked DoD leaders for the names of all those in the acquisition system who had been fired as a result of major acquisition failures. He made his consternation at the small number of such firings clear.

But the quest for accountability in acquisition faces several complications, both under the Goldwater-Nichols approach and after the recent decision to reverse some of its reforms. One of the main challenges is the extended time spans of acquisition and how early in an acquisition program’s life cycle critical decisions are made. Most of the critical decisions in an acquisition program are made when the program moves into its primary design and development phase, the point known in the acquisition system as Milestone B. In most cases, this is the point when the prime contractor is selected, the basic design is chosen, and the acquisition strategy is set. Much of what follows in the program flows from these decisions. But the design and development phase usually takes several years. If the decisions made at Milestone B are flawed or are based on faulty assumptions, it generally doesn’t become clear until five to eight years later when operational testing reveals the things that didn’t develop as expected. Generally speaking, however, it is impossible to hold the officials who made the key decisions at Milestone B accountable in a practical way. They are usually no longer involved with the program or even serving in the Department of Defense.

If we generally can’t hold the officials responsible for Milestone B accountable, what about those who executed those decisions? Can we at least hold the military services and program managers accountable for their performance on programs that may have been started with flawed strategies, but could be recoverable later? In most cases the answer is no, because one of the other main challenges to establishing accountability in acquisition is poorly chosen metrics.

Our approach to measuring acquisition success has been based on primarily measuring the amount of cost and schedule growth occurring after Milestone B. This approach generally conflates cost and schedule growth occurring as a result of flawed strategies and planning assumptions with cost growth that occurs due to later errors of execution. Our metrics aren’t designed to help assign accountability, and they therefore don’t provide any incentive for program managers to aggressively identify and manage risk. Frank Kendall, former undersecretary of Defense for acquisition, technology, and logistics, took steps to address this problem with his annual report on the performance of the defense acquisition system, but his more detailed, data-based approach to measuring acquisition performance has been slow to be embraced by Congress and is not reflected at all in the penalty system Congress created.

But there are actually deeper challenges to accountability in acquisition that go beyond extended time frames and faulty metrics. A fundamental problem is the fact that acquisition is a team game, not an individual sport. A successful acquisition program requires highly complex coordination between the many elements of the acquisition community, including designers, systems engineers, industrial engineers, program management, the manufacturing workforce, quality assurance personnel, developmental testers, and operational testers, as well as product support managers, logisticians, and maintainers. All these people work in close coordination with those outside the acquisition community who play equally critical roles, including the requirements generators, the budget and resource managers, and critically, Congress. Perhaps most underappreciated is the role of the personnel, education and training communities responsible for creating the cadres of operators who get a new system from the end stages of development into initial operations. There are almost innumerable opportunities for error in the work of each of these groups and in the interaction and communication occurring between them.

In such a complex enterprise, most of which is outside the control of the program manager and much of which is outside the acquisition system, the chance of meaningfully holding any single element meaningfully accountable for acquisition is miniscule. In fact, an overly aggressive quest for accountability is likely to reinforce errors, creating strong incentives in the system for hiding problems and blame shifting.  These behaviors are likely to occurred exactly when the focus should be on tackling issues early before they become major problems and pitching in together to solve problems as they arise. Further, when so many organizations are involved with acquisition, the centralizing impulse in the quest for accountability can also lead to the consolidation of decision making in the hands of those without the necessary expertise and experience to exercise it. And every indication is that the complexity of acquisition is only growing. As software development becomes an ever-increasing aspect of acquisition, the linear decision making enshrined in the traditional acquisition process is becoming less relevant for ensuring that the key challenges of coordinating complex software development efforts are managed successfully. In this environment, an emphasis on accountability may only further hinder the collaborative team effort required for program success.

Lastly, at a time when the United States faces near-peer competitors who are equaling or surpassing our capabilities in certain areas, there is a near consensus that the acquisition system needs to be willing to take greater risk to develop and deploy new capabilities more rapidly. Taking greater risk requires tolerance for failure, which is something of an unnatural act already in the world of acquisition. When achieving accountability is prioritized as an overriding point of emphasis, there is even less hope that a tolerance of failure will develop. While accountability remains a necessary and valuable principle in many respects, basing our efforts at acquisition reform on the principle of accountability is not merely insufficient for solving our acquisition problems, it’s actually a bad idea.