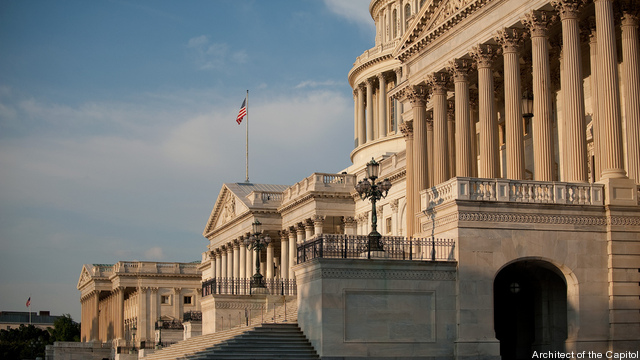 WASHINGTON: The overall balance of the House and Senate Armed Services Committees will shift little in the 113th Congress, but individual causes and companies have lost important advocates as individual legislators went down to defeat.

This may have been a banner year for incumbents– as most years are — but the House Armed Services Committee still took a hit. Depending on the final tallies, as many as eight HASC members — five Democrats and three Republicans, including prominent Tea Party favorite Allen West — may have lost their seats yesterday.

An Army veteran of Afghanistan and both wars in Iraq, West was well-regarded among Republicans, but his fiery and often inflammatory rhetoric alienated many voters in his redrawn district. While the race has not been formally called, political novice Patrick Murphy has squeaked ahead of West with 50.4 percent of the vote to 49.6 — a margin just big enough to avoid an automatic recount. West has called for a recount anyway, accusing Democrats of “disturbing irregularities.”

On the Senate side, once up-and-coming Republican Todd Akin lost badly to Democratic incumbent Sen. Claire McCaskill, taking just 39 percent of the vote to her 55 percent. Akin, former chairman of the HASC seapower subcommittee and a sometime Breaking Defense contributor, had been heavily favored until his remarks about “legitimate rape” dealt his campaign a blow from which it never recovered. That deprives Boeing and its St. Louis aircraft factory of one of their biggest advocates in Congress. McCaskill will almost certainly keep her spot as chair of the readiness panel of Senate Armed Services Committee, where she has pushed hard on “good government” issues.

The dubious honor of being the only incumbent Senator defeated in the general election goes to SASC member Scott Brown, the Massachusetts Republican — a contradiction in terms that goes a long way to explaining his unique defeat. A relatively liberal Republican who won an upset victory in the bluest of blue states in a 2010 special election, Brown still went down before a Democratic surge led by Elizabeth Warren, 46 percent to 54.

Brown was a colonel in the Army National Guard with three decades of service, and despite his freshman status, his party made him ranking member on SASC’s AirLand Subcommittee. Warren, a Harvard Law professor for 20 years who went on to help oversee the TARP bail-out, has no track record on defense and may well not end up on SASC at all. So it will likely be a long time before Massachusetts’s defense industry, homestate of Raytheon and many smaller high-tech companies, can boast another Republican advocate with such strong national security credentials.

Still, most of the turmoil in the Senate Armed Services Committee comes from the retirement of four Senators, three of them subcommittee chairmen, not from election results. It’s a different story in the House.

HASC AirLand subcommittee chairman Roscoe Bartlett went down in flames yesterday, with just 37.7 percent of the vote, thanks in part to a Democratic state legislature that redrew his district. He had spent 10 terms in Congress as an idiosyncratic, irrascible, and well-informed activist on highly technical issues, from defenses against electromagnetic pulse (EMP) to nuclear power for submarine. Bartlett, who also sat on the House Science Committee, is a rare bird who’ll be impossible to replace.

“Roscoe Bartlett has exercised a unique influence on the HASC because he has technical credentials that other members lack,” said Loren Thompson, CEO of the Lexington Institute, a well-connected defense consultant, and a member of Breaking Defense’s Board of Contributors. “He spent much of his career as a research scientist at places like Johns Hopkins and IBM so he’s an authority on technology.”

The definitely departing Democrats are Kathleen Hochul of New York, Larry Kissell of North Carolina, Betty Sutton of Ohio, and Mark Critz of Pennsylvania. All were freshmen save for Sutton, who joined Armed Services last year. None was a subcommittee ranking member. Even as a rank-and-file member, however, Critz had been an effective advocate for homestate tank-builder BAE, whose York, Penn. plant produces the Army’s mainstay M2 Bradley. His defeat is just the latest blow for BAE.

One HASC Democrat is also in a race as yet not officially called: Mike McIntyre of North Carolina, who leads by 50.1 to to 49.9 percent and may yet squeak by. McIntyre is — at least until January — the top Democrat on the seapower subcommittee, where he worked well with the soon-to-be retired Akin.

Losing this election might be a blessing in disguise, as Congress’s job will only get harder in the 113th. Big issues like the fiscal cliff and defense cuts are more likely to get kicked down the road than resolved in the lame duck.

“The House has a much more difficult challenge,” said David Berteau, a national security scholar and director of the international security program at the Center for Strategic and International Studies. (Full disclosure: I’m taking a graduate course with Dr. Berteau, where he attempts to make sense of Congress). “The House Armed Services Committee [in particular] really has to come to grips with what kind of constructive role it’s going to play in a defense drawdown that’s going to take place,” one way or another, Berteau said, “either through sequestration or through the fix for sequestration.”

“The secret issue that we’ve been largely avoiding for the last few months that it is possible to execute and implement sequestration and NOT have it be the end of the world,” Berteau told Breaking Defense. “[But] the White House has basically said to the agencies, don’t even talk about it…. I think that changes now that the election’s behind us.”

Tom Captain, head of Deloitte LLP’s aerospace and security practice, was more optimistic about avoiding sequestration but agreed with Berteau that cuts are coming with or without it. “The defense industry is in for a long term decline, not because of the changes in the faces, but because of necessity,” he told Breaking Defense. “Most postwar drawdowns have seen in excess of 25 percent reductions in budgets,” Captain said. “I don’t think that the advent of a new face on the HASC or the SASC will influence that long-term direction.”