Beyond 386 Squadrons: AFWIC’s Four Futures For The Air Force 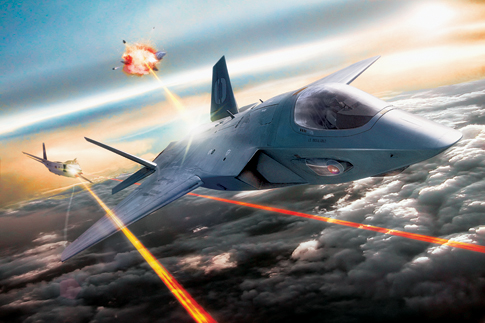 Air Force artwork of a future dogfight with lasers.

ARLINGTON: The Air Force’s new thinktank will study four different futures, only one of which is the official (and controversial) 386-squadron plan, Maj. Gen. Michael Fantini said. But first, said the director of the Air Force Warfighting Integration Capability, he needs to get enough people at AFWIC to do the work. 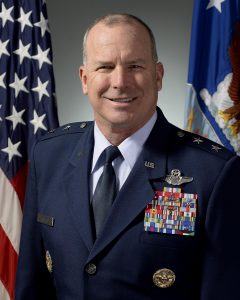 Air Force Sec. Heather Wilson and Chief of Staff David Goldfein created AFWIC last year under Maj. Gen. Clinton Crozier, whom Fantini recently replaced. The mission: to “design” the long-term future of the entire Air Force. That requires taking a multi-domain perspective that encompasses the service’s air, space, and cyberspace operations in a unified whole, then links them to the Army, Navy, and Marines — and ultimately to the allies, starting with “Five Eyes” partners like Britain and Australia, he said.

AWFIC is supposed to think both longer-term than Pentagon-based budgeteers and programmers, who stick to the five-year Program Objective Memorandum (POM) cycle. And it’s supposed to be bigger-picture than futurists at the Air Force’s 12 major commands — who focus on a particular portfolio like strategic bombing, tactical airpower, or air transport.

“I guarantee that, probably, any one individual alternative is wrong,” Fantini said, “but inside each of these alternatives there’re pieces and parts that we’re going to be pull out that eventually are going to be some kind of hybrid, I bet you.”

Nibbling At The Elephant

“Our job is to integrate across the enterprise… a pretty tall task,” Fantini said. “(So) we’re going to eat the elephant one bite at a time…. We’re going to be pragmatic about we take on” as the AFWIC staff grows. Staying focused is important: In rough terms, he said, “we shouldn’t have 100 activities, we should probably have 30.”

“We’re not going to be able to do it all in AFWIC,” Fantini emphasized. So to avoid reinventing expensive wheels, AFWIC will take advantage of existing resources across the Air Force, the Defense Department, and beyond. To give a less than exhaustive list:

To pull all this together, AFWIC will create a dozen “Cross Functional Teams.” (The name’s the same as the Army’s modernization CFTs, he said, and the philosophy is similar, but the specific role and structure are different). For each CFT, “the core team will be 10 to 12-ish,” he said, but they’ll pull expertise as needed from across the Air Force. 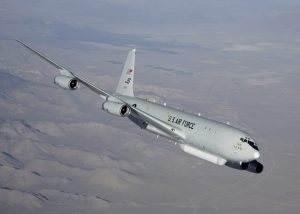 The overall list of 12 Cross Functional Teams “looks a lot like (the Air Force’s official) core functions,” Fantini said. He’s already stood up three, for Precision Navigation & Timing (i.e. how to live without GPS); networking; and command, control, communications, & computers (C4). An early focus for AFWIC — partnering “aggressively” with Air Force acquisition — will be the Airborne Battle Management System (ABMS), meant to replace the JSTARS radar plane with a network of drones, satellites, and other sensors that are harder to shoot down.

Fantini can’t build out all the teams, however, until AFWIC is fully manned. As of October, it had about 70 people, and Fantini’s now building it up to a target of 261, which will be a mix of military and civilians. He doesn’t expect all of them to arrive until the summer, when Permanent Change of Station (PCS) moves from one assignment to another traditionally take place.

When will AFWIC have the critical mass of people to make a visible impact on the Air Force? “AFWIC was told to inform and try to shape the ’20 POM,” Fantini told reporters, but that 2020-2024 budget plan is due out in February and was already largely locked down. “But the ’21 POM,” he said, it’s “game on.”