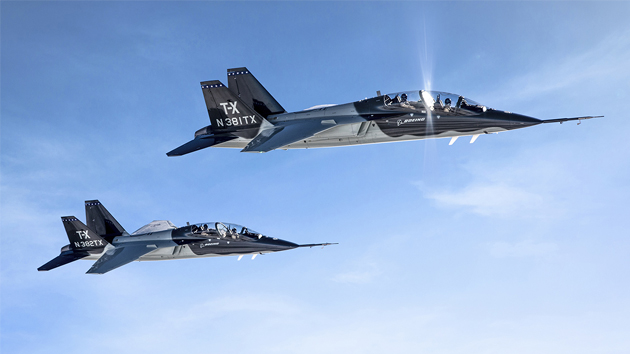 WASHINGTON: Aerospace behemoth Boeing will build the new T-X jet trainer, the Air Force announced this afternoon, beating out the Lockheed/KAI T-50 and the Leonardo DRS/CAE T-100 after years of maneuvering and uncertainty that saw multiple companies drop out of the competition. The first planes will enter service at Randolph Air Force base in 2023, with full operational capability at 2024, ultimately training all jet fighter and bomber pilots at Air Education & Training Command bases around the country.

The T-X replaces the aging T-38 Talon, which entered service way back in 1959. The last new T-38 was delivered in 1972, although the surviving aircraft were overhauled into the T-38C model in the 2000s.

Replacing the entire T-38 fleet and then sustaining the new trainers will be a long-term effort contributing steadily to Boeing’s cash flow: Boeing Defense CEO Leanne Caret declared in a press release that “we expect T-X to be a franchise program for much of this century.” Our favorite aviation industry analyst, Richard Aboulafia, estimated that while the Air Force is saying $9.2 billion for procurement, the long-term value including maintenance and sustainment contracts could easily be $15 billion.

There are at least three phases to this contract — the definite, the planned, and the possible: 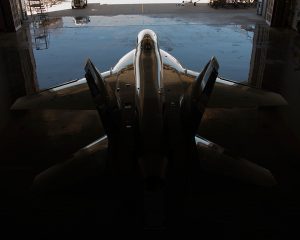 That’s a big improvement over the Air Force’s original estimate of $19.7 billion for 351 aircraft, the announcement boasted. “This outcome is the result of a well-conceived strategy leveraging full and open competition,” said Will Roper, Assistant Secretary of the Air Force for Acquisition, Technology and Logistics and former head of the paradigm-breaking Strategic Capabilities Office. “It’s acquisition’s silver bullet.”

What that means, bottom line, is the Air Force got a great price. Boeing had been the favored contender to win T-X precisely because it was “pricing to win,” as Aboulafia put it — bidding aggressively not just on T-X but on the KC-46 tanker (where it’s come back to bite them with significant losses), the MH-139 helicopter to guard ICBM fields, and the Navy’s MQ-25 Stingray carrier-launched tanker drone.

Boeing is taking some real risks here: Air Force officials told reporters that the first four lots of aircraft will be on a fixed-price with incentive fees, but the fifth and subsequent lots will be straight firm-fixed-price. If something goes wrong, Boeing eats the loss, as it did on the tanker. Why is this worth it?

T-X is strategically important for Boeing, writes industry analyst Byron Callan, because it will keep the company’s St. Louis factory working after work ends on its current planes, the widely exported F-15 Eagle and the US Navy’s F/A-18 Super Hornet. As long as St. Louis is in business, Boeing can build high-performance jets, not just big-body planes, which means it can contend not only for a future Navy trainer but for the next-generation Penetrating Counter-Air program.