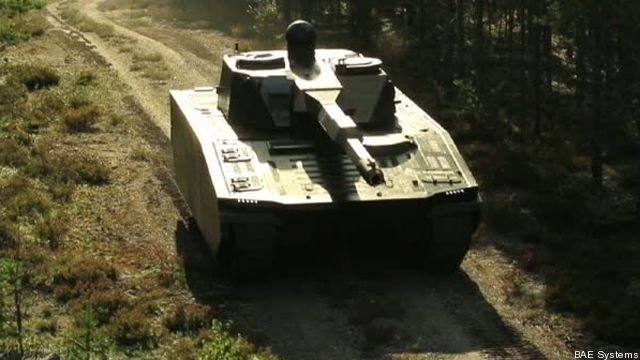 Washington: What was once science-fiction could become reality on the modern battlefield — cloaking technology that can make huge weapons virtually “disappear” — at least to sensors searching for them.

British company BAE Systems will debut the system, known as ADAPTIV, 10 days from now at the Association of the U.S. Army’s annual conference here. It is based on an interlocking set of individual tiles that are attached to the outside of virtually any military vehicle, creating a chain-mail like protective coating.

The system will not make a tank, helicopter or ship invisible to the naked eye, so BAE still has a ways to go before ADAPTIV can be on par with the one the Romulans used to sneak up on the Starship Enterprise.

But that is exactly where BAE wants to take the program.

“BAE Systems engineers have combined the [tiles] with other technologies, which provide camouflage in other parts of the electro-magnetic spectrum at the same time to provide all-round stealth, which will be developed further over the next few years,” according to a company release earlier this month.

While this shell of high-tech tiles provides the vehicle a measure of protection against small arms fire and explosions, the crew can change the tiles temperature. By altering the temperature so quickly, the heat signature — or picture that is picked up by an enemy’s infrared radar — can be altered to the point where those radars can’t see these vehicles at all.

So far, BAE has only marketed the ADAPTIV system to European militaries. U.S. military officials have informally expressed interest in the program, BAE spokesman Mike Sweeney told me today.

Aside from invisibility to infrared sensors, the system can also change the heat signature to make a tank look like a pick-up truck, or make a ship look like a tugboat. Again, the key lies in the temperature-changing tiles.

The tiles in the shell can all change to the same temperature, which eliminates the heat signature and makes the vehicle invisible. But the temperature on each tile can also be set individually.

The vehicle crews can turn up or down the heat in each tile, and tweak the overall signature to make the vehicle’s outline look like anything other than what it actually is.

Once BAE can make a ship or tank disappear to the naked eye, we’re sure Captain James T. Kirk would be proud.