CEOs in Crossfire At Sequestration Hearing 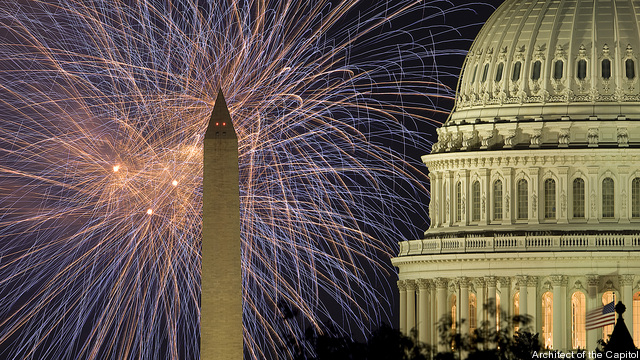 CAPITOL HILL: Lockheed Martin CEO Bob Stevens and his fellow defense industry executives struggled to stay on their “sequestration kills jobs” message while they dodged repeated questions from Democrats about whether revenue increases were needed to avert the sequester. An exasperated Rep. Adam Smith, the top Democrat on the House Armed Services Committee, concluded the hearing by berating Stevens and the other witnesses.

“That attitude that you expressed right there is the number one biggest problem,” Rep. Smith said after the witnesses had once again declined to comment on proposed solutions for sequestration and had instead deferred the question of raising revenues to Congress. “Everybody protects their own little piece,” he said. “Group after group, individual after individual, comes up here and says, ‘don’t cut this, don’t raise that tax'” without addressing the larger questions of how the government can continue to pay for everything.

“We get a little vexed when people like you come up here and say, you’re going to kill our industry,” Smith went on. “What do we do to get out of it? You’ve got nothing to say on that.”

HASC chairman Buck McKeon retorted, “These people are here today at our request to talk about the guidance that they need to implement the laws that we have passed” — that is, sequestration as it stands on the books today, set to take effect on January 2nd. As for changing that law and averting the sequester, he said, “we [in Congress] have the responsibility to make final decisions.”

McKeon had convened the unusual full-committee hearing — witnesses normally testify before HASC subcommittees, not the full membership — to pressure the administration to explain how it would implement sequestration. Before he dismissed the witnesses he asked them to submit written explanations of what information they need to help arm HASC members for when Office of Management and Budget director Jeffrey Zients testifies before them on August 1st.

During the hearing, McKeon and fellow Republicans focused on how sequestration and the uncertainty over it are damaging the defense business. Democrats responded with sarcastic congratulations that their Republican colleagues had finally figured out that government spending created jobs and with repeated attempts to broaden the issue to the need to include revenue increases in any sequestration deal.

One witness finally slipped under relentless questioning about the need for more revenue from New Jersey Democrat Rob Andrews: “I think everything’s got to be on the table at this point,” said Pratt & Whitney president David Hess, before hastily adding, “this is a personal opinion.”

Otherwise, the assembled executives stayed laser-focused on their preferred issues.

Lockheed’s Stevens continued to lead the charge on warning Congress that sequestration would cost jobs. “Our best judgment” of layoffs at Lockheed Martin, Stevens told the panel, “is in the neighborhood of 10,000.” But given the looming uncertainties about how exactly sequestration would be implemented, Stevens said, that estimate “is sufficiently crude I’m a bit embarrassed.”

“Our near term horizon is completely obscured by a fog of uncertainty,” Stevens said. “We’re a long cycle business, our products last 20, 40 years; right now we don’t have six months’ visibility, which is unprecedentedly short….We are very hungry for more guidance, very hungry for more information.”

Alongside Stevens, EADS North America CEO Sean O’Keefe drew on his own days as a Congressional staffer to remind the panel of the history of the sequestration mechanism, which “was intended particularly to be indiscriminate,” he said. “The logic was [that] this resource management mechanism was so stupid that the threat of it would be a prompt all by itself to public leaders to avoid it” and seek compromise, which so far isn’t happening. When sequestration has occurred in the past — on a much smaller scale than now looms — it was “demonstrated and documented” to cause costly inefficiencies, such as penalties for unilaterally altering the terms of contracts, O’Keefe said. “The administrative disruption,” he said, “will likely cost almost as much as what this mechanism is designed to save.”

Instead, O’Keefe proposed a “regulatory holiday,” citing a Defense Business Board proposal under which all defense procurement and export regulations would be suspended — except for those the administration specifically decided on a case-by-case basis to reinstate. Since the cost of doing business with the government adds 20 percent to the cost of many goods, compared to their price on the commercial market, O’Keefe argued lifting regulations would be a surer way of saving money than sequestration.

Could such a radical reform really be implemented before the Jan. 2 deadline for sequestration to strike? Breaking Defense cornered O’Keefe after the hearing to ask. “It’s worth considering,” he said. “How quickly it’s implemented is a matter of choice.”