China Will Soon Face Arc Of US F-35s, Other Fighters, Bombers 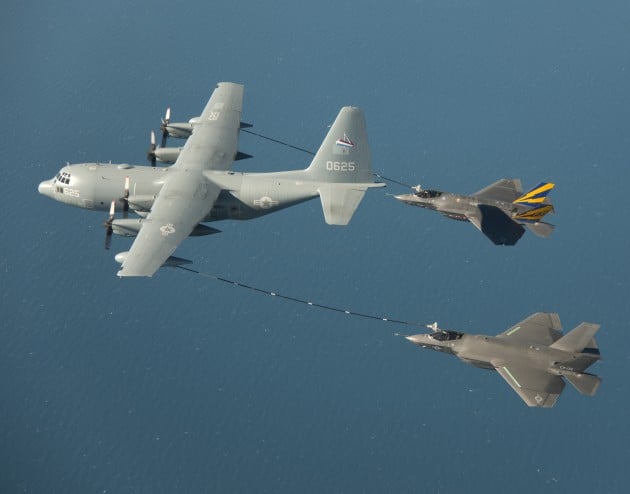 WASHINGTON: The American who leads the leading edge of our sword in the Pacific — the Air Force — worries that China‘s sometimes “aggressive approach” in using its fighters, bombers and ships to signal its territorial claims across the Pacific creates “the potential” for a serious incident in the region.

But Air Force Gen. Herb “Hawk” Carlisle carefully calibrated his response, praising the “professionalism” of the pilots engaged in the cat and mouse game across the Pacific. Carlisle also pointed to China’s recent consolidation of its maritime law enforcement agencies, who used to labor under five different organizations, as a positive sign. Command and control appears to be improving as a result of moving four agencies into the State Oceanic Administration.

But the United States and its allies are clearly working well together to remind China that it faces enormous power and cannot act unilaterally without cost. The latest American fighters and bombers will be deployed in an arc from Japan to India, lacing across all of China’s maritime regions, Carlisle made clear.

America’s most capable all-around air weapon, the F-35, will be deployed first in the Pacific once it achieves Initial Operating Capability (IOC), Carlisle said. Air Force F-35s probably will head to four bases: Misawa, Japan; Kadena, Japan; Osan Air Base, Korea; and Kunsan Air Base, Korea. No final decision has been made but Carlisle made it pretty clear these bases fit the glove best.

In Australia, the U.S. Air Force plans to send “fighters, tankers and at some point in the future, maybe bombers on a rotational basis,” Carlisle said during a Defense Writers Group breakfast. They will operate near the Australian Air Force base at Darwin.

Singapore is buying F-35Bs. Other US fighters will fly from Korat air base in Thailand. And American aircraft may operate from Indonesia and Malaysia, and a base in India, Carlisle said.