CJCS Dunford Calls For Strategic Shifts; ‘At Peace Or At War Is Insufficient’ 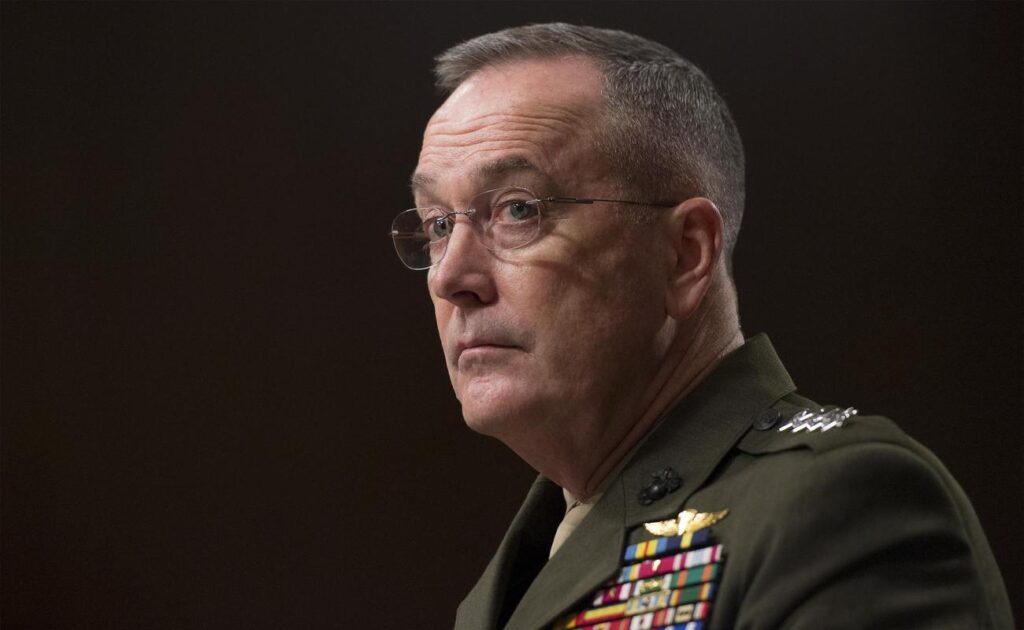 NATIONAL HARBOR: The increasingly “adversarial” relationships with Russia and China are forcing the Pentagon to classify its previously public National Military Strategy, the Chairman of the Joint Chiefs of Staff says. Classification will allow bolder and more specific discussions of how to manage those relationships and our responses to them, Gen. Joe Dunford told the annual Air Force Association conference here.

“This year’s National Military Strategy will be classified so we can focus on these four-plus-one challenges and the five domains we are dealing with,” Dunford told the audience at the annual Air Force Association conference.

(“Four plus one” refers to four nation-states — Russia, China, Iran, and North Korea — plus the enduring but ever-mutating problem of Islamic extremism, once exemplified by al-Qaeda but now embodied by the so-called Islamic State, aka Daesh. The five domains are the land, sea, air, space, and cyberspace).

Russia (our top threat), China, and Iran use “economic coercion, political influence, unconventional  warfare information ops, cyber ops to advance their interests and they do it in a way that they know we don’t have an effective response,” Dunford said. “They, unlike us, are able to integrate the full range of capabilities their states possess to advance their interests.”

“Our traditional approach where we are either at peace or at war is insufficient to deal with that dynamic,” Dunford said. The current reality is more “an adversarial competition with a military dimension short of armed conflict.”

These threats increasingly cut across the regional commands that dominate US military warfighting plans and resourcing. Key to better managing such cross-cutting threats is improving the ability of the Defense Secretary to work with the wide swath of functional and regional commanders, from Strategic and Cyber Commands to Central and Northern and Pacific Commands. Dunford has advocated for a stronger Joint Staff to handle “transnational” threats. 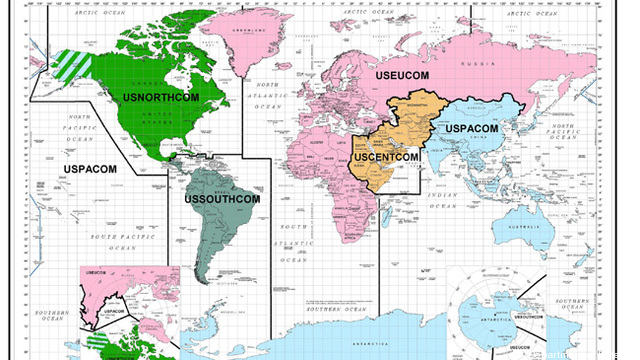 To illustrate the need for change, Dunford pointed to North Korea. In the past, war plans assumed the fight was limited to the Korean peninsula. Now North Korea boasts ballistic missiles, cyber capabilities and submarines that are likely to very quickly drive the fight far beyond the peninsula.

“I personally don’t believe the current planning and organizational construct or command and control are optimized for the current fight,” Dunford thinks. “What really is required is global integration.”

That doesn’t mean the Defense Secretary will be watching a screen showing all US and allied forces and telling them what to do, Dunford assured the audience at AFA. Today, the chairman says, Defense Secretary Ash Carter is faced with a “cacophony of voices” from combatant and functional commanders, Dunford offered no details as to how this might change.

What is clear is that this chairman is pushing hard and discreetly for major changes to how the US military is organized, how it is commanded and how America’s military will be used as an instrument of national power.