Commercial Satellites: Will They Be Military Targets? 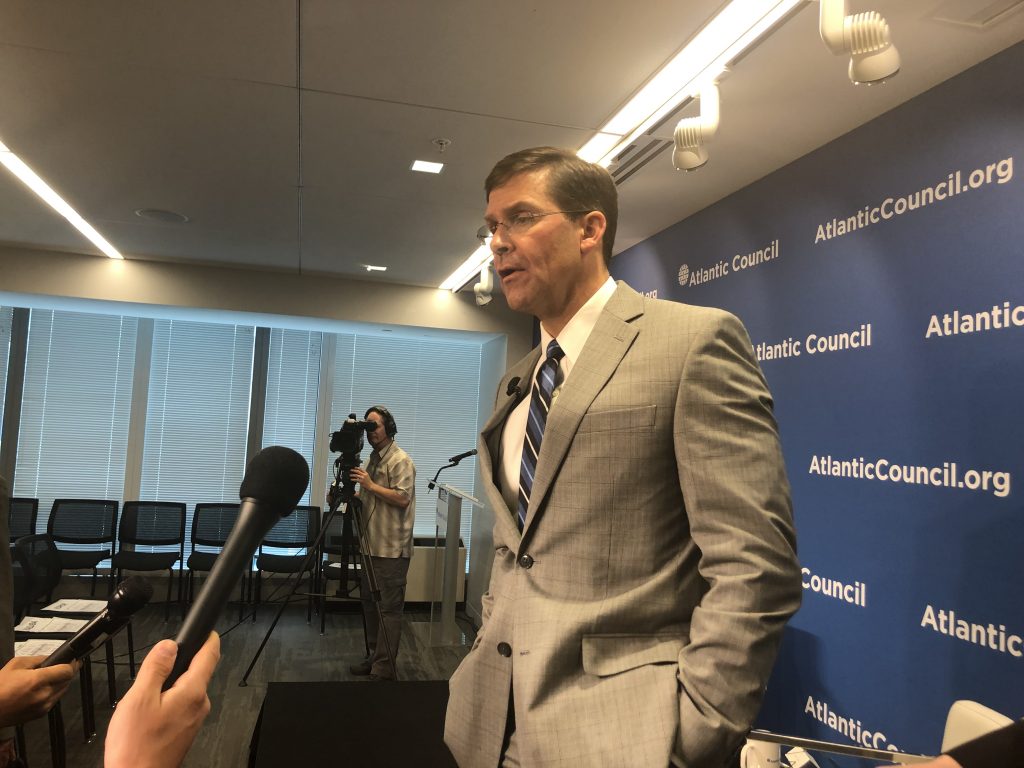 WASHINGTON: As the Pentagon and the Air Force hash out the future of both a new Space Force and the sort of new Space Command, military leaders are asking this question: what role will military space power  play in protecting commercial space assets?

“Does the Defense Department have the responsibility to protect commercial space, if that commercial space becomes part of our national [security] infrastructure?” Shawn Barnes, Air Force deputy principal  assistant for space, asked today during an event sponsored by the George Mason University’s National Security Institute and the Center for the Study of the Presidency and Congress.

The question has become more relevant to the national security space community, according to experts, as DoD and the Intelligence Community (IC) rush to figure out how to acquire space technology being pioneered by commercial companies. At the same time, they have to consider truly integrating commercial industry into national security space architectures via service contracts, hosted payloads and public-private partnerships.

Asked about the issue in preparatory questions for his confirmation hearing as Defense Secretary today, Mark Esper explained why the issue is important. “We anticipate that adversary nations are unlikely to discriminate between U.S. military satellites and commercial satellites providing services to the U.S. Government, in the event of a conflict.”

A DoD official elaborated that it would actually be surprising if China made any distinction in its war planning, given the fact that China does not differentiate between military, civil and commercial space activities or entities.

Indeed, the US military’s Aug. 9, 2018 report to Congress on its plans to reorganize DoD national security space characterizes the current threat as follows: “Russia and China perceive a need to offset any US military advantage derived from military, civil, or commercial space systems and are increasingly considering attacks against satellite systems as part of their future warfare doctrine. Both will continue to pursue a full range of anti-satellite (ASAT) weapons as a means to reduce US military effectiveness.”

There is a cadre of future-minded space proponents within the Air Force and national security space circles that long have championed the concept that “flag follows trade” and the concomitant idea of a Coast Guard for space. Strong advocates of a separate Space Force, these officers and former government officials are particularly interested in the role of the military in cislunar space as commercial firms seek to exploit on-orbit resources such as water ice and minerals on asteroids and the Moon.

Air Force and DoD leadership are nowhere near that advanced in their planning. Barnes said that, in his opinion, “initially I think we would want to focus on ‘where are those commercial capabilities providing a clear, distinct national security activity’?” One example, he said would be satellite communications where DoD for many years has relied on commercial providers. “Then I think if you look larger, you start to think about what does the nation and our economic vitality depend on? And if there is a dependence on space capabilities, is there then a responsibility for the Department of Defense or Homeland Security or others to provide some element of security and safety?”

“Whether it’s Silicon Valley or commercial space, there are unlimited opportunities ahead right now for us in terms of how we think differently on things like nuclear command-and-control,” Goldfein said. It’d be much cheaper to buy transponder time on commercial satellite that it would be to build more nuclear-hardened AEHF satellites, for example.

But, I asked him, wouldn’t that mean virtually very commercial satellite becomes a target in the event of war? He sort of sidestepped the question, acknowledging it’s a difficult issue. Having large numbers of commercial satellites might make the system more resilient for the simple reason that it would be hard to take out dozen or hundreds of smaller satellites. Of course, their ground stations would then become much more tempting targets.

All that said, Secure World Foundation’s Brian Weeden says it is “not new or surprising” that the issue is being discussed by the national security space community — given that some in DoD, the Air Force (such as Air Force acquisition czar Will Roper) and the IC are “already purchasing commercial services and data and trying to expand that as part of the space mission assurance push.”

Several DoD space officials said that there is a lack of serious, dedicated strategic thinking about the issue and called for a more focused effort.

For example, there are legal ramifications to commercial companies becoming either nodes in a national security space architecture — as envisioned by the Space Development Agency in its Next-Generation Architecture it will discuss with industry next week — or as hosted payloads. The Law of Armed Conflict (LoAC) clearly states that when commercial assets are used for military purposes, they become legitimate targets in warfare.

Even more complicated are the legal questions regarding the role of both DoD and broader US government responsibility for commercial space companies in future resource extraction activities, given the 1967 Outer Space Treaty’s prohibitions on claims of sovereignty in space.